A Prayer for the Thirteen Imprisoned Iranian Jews

Address at the Prayer Meeting held in Bevis Marks Synagogue 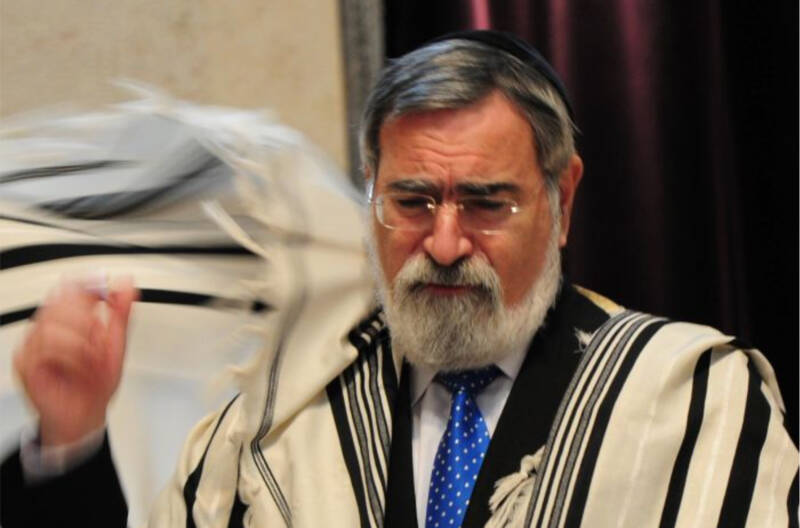 In April 2000 Rabbi Sacks delivered an address at an emergency Prayer Meeting, held in Bevis Marks while news of the Iranian Jewish prisoners filled worldwide Jewry with grave concern for these thirteen people. Here is the transcript of the address that Rabbi Sacks gave to the congregation, before leading them in prayer.

It is with a sense of deep foreboding that we join our prayers tonight with those of many others throughout the world, on behalf of the 13 members of the Jewish community of Iran facing trial under circumstances that cry out for protest in the name of justice and human rights.

On their behalf and yours I thank the convenors of this evening’s service, Rabbi Dr Abraham Levy and the Spanish and Portuguese Jewish Community, together with the Board of Deputies of British Jews, not only for this gathering but also for their constant efforts, no less forceful for being often behind the scenes, throughout the past year. I welcome also the members of the Christian community who are with us tonight, among them Rev. Canon Colin Fletcher, representing the Archbishop of Canterbury. We thank you for adding your voice to ours as we pray mi-ma’amakim – “from the depths” – of our distress.

Our concern is simple. Thirteen members of the Iranian Jewish community, teachers, community workers, and religious leaders, have been accused of spying for the State of lsrael; for a year ten of them have been in prison; and now they face trial and a possible sentence of death.

These charges are groundless and unsubstantiated. Indeed, after a year of imprisonment, still no formal charges have been brought. Until days ago, the individuals concerned were denied the freedom to appoint their own lawyers. There are still no guarantees that independent observers, whether from the media or human rights organisations, will be allowed access to the proceedings when they take place.

The entire process has been a travesty of all we know by the name of justice – impartiality, fairness, transparency. We must say, candidly and categorically, that any judicial proceeding that hides itself from the light of day does not deserve the name of justice.

None of us can be unaware of the terrible historical resonances of this case. We are within days of the Jewish festival of Pesach. For centuries, at this time of the year, Jews lived in fear of the appalling accusation known to history as the “Blood Libel”, as a result of which Jews were tried, found guilty, and sentenced to death on a charge which we now know – indeed, which most people knew even then – to be wholly fictitious.

And which of us can forget that it was another trial – another false accusation of espionage – that signalled to Jews, just over a hundred years ago – that they were no longer safe even in modern Europe. I refer, of course, to the Dreyfus trial, that shameful episode in French history and one of the turning-points in the tragic tale of antisemitism.

What was common to these and other such accusations over the course of almost a thousand years was that the accused were tried and found guilty – not for any crime, nor for any wrongdoing, but solely and simply because they were Jews; they were different; they belonged to a powerless minority. Heaven forbid that it should happen again as we begin the twenty-first century.

Today, therefore, I call on religious leaders of all faiths, in all countries, to speak out and intercede in the name of justice and human rights – because all it takes for evil to triumph is for good men and women to do nothing.

There is a line from the Bible and our prayers that has long puzzled thoughtful minds. Naar hayiti gam zakanti velo raiti tzaddik ne’ezav. “I was young, and now am old, and I have not seen the righteous forsaken.” How can that be so, given the many injustices of history?

The answer lies in a book we readjust three weeks ago on the festival of Purim – the book of Esther, set in ancient Persia, in the land that is now Iran. Pleading on behalf of her people, Esther says: Eichachah uchal veraiti bera’ah asher yimtza et ami. This means not, “How can I see the evil that is about to befall my people?” but rather, “How can I stand still and watch?”

The phrase lo raiti does not mean, “I have not seen.” It means that when the righteous were in danger of being forsaken, “I never stood by and just watched. I was never a mere silent witness.” That is our declaration tonight.

For a year, political leaders and statesmen throughout the world have engaged in diplomatic efforts on behalf of the thirteen; so far, sadly, to little avail. Therefore tonight we turn our eyes to Heaven; we lift our voices in prayer. We say: Ribbono Shel Olam, Sovereign of the world, You who taught us to pursue justice and fight for freedom, grant justice to the thirteen young men who are being denied both. For their sake, for ours, and for Yours, as we approach zeman cheruteinu, the Festival of Freedom, may they, at last, go free.