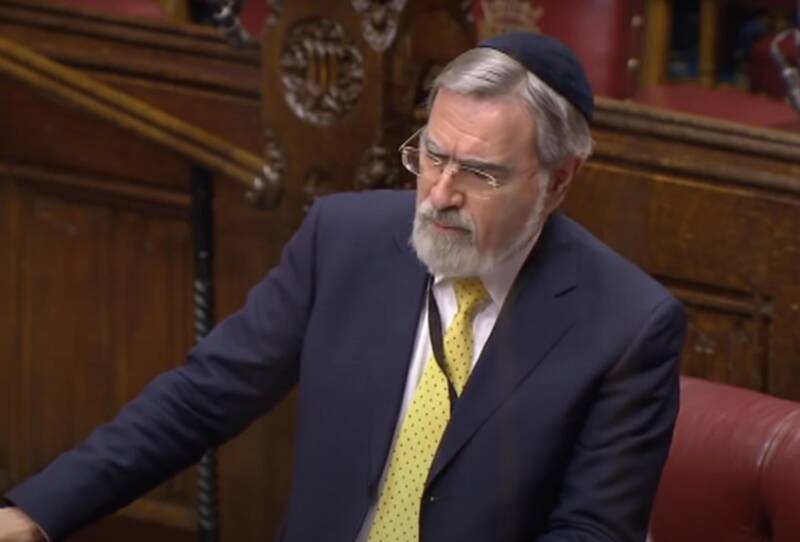 On Thursday 16th January, Rabbi Sacks spoke in a debate in the House of Lords regarding the ethical slaughter of animal. Below is a transcript of Rabbi Sacks’ comments. To read a transcript of the full debate, please visit Hansard here.

My Lords, I welcome this short debate and thank the noble Lord, Lord Trees, for initiating it, because it provides an opportunity to clarify certain matters about the killing of animals which I believe are still not understood. I declare an interest, having been for 22 years until recently the chair of the Rabbinical Commission for the Licensing of Shochetim, the body responsible for the supervision of every act of animal killing done in this country under Jewish law.

This body exists because for us animal welfare is a matter of high religious principle, which we take with the utmost seriousness. This is why we insist on long years of training, spiritual as well as practical, before anyone can be qualified to kill animals. In Britain, every shochet is licensed, every licence needs annual renewal, and their work is regularly supervised and reviewed.

Shechita itself, the act of animal killing, is designed to minimise animal pain. The animal must be killed by a single cut with an instrument of surgical sharpness, and in the absence of anything that might impede its smooth and swift motion. The cut achieves three things: it stuns, kills and exsanguinates in a single act. We believe that this is the most humane, or a most humane method of animal slaughter. Quite apart from the fact that other methods are not permitted by Jewish law, we have doubts about their effectiveness. Pre-stunning by captive bolt, as your Lordships have heard, often fails at the first attempt. According to the European Food Safety Authority’s report in 2004, the failure of penetrating and non-penetrating captive bolts affects around 10 million animals, causing the animal grave distress.

In Britain, some 3 million cows annually are affected by these failures, compared to the 20,000 cows killed annually via shechita. The pain caused to animals by the use of pre-stunning methods vastly outweighs that caused by shechita, even were it the case that shechita did cause extra moments of pain.

However, we are not convinced that such is the case. The failure rates of pre-stunning, and the inconclusive and highly challenged nature of some of the experimental studies done in this field, should give us pause. Therefore, if a case is made for labelling meat to indicate how the animal was killed, this must apply to all methods of slaughter, not just to some. I hope therefore that the Jewish community will continue to work with the Government to ensure that shechita continues to the highest standards of concern for the welfare of animals, which should rightly be the concern of us all.