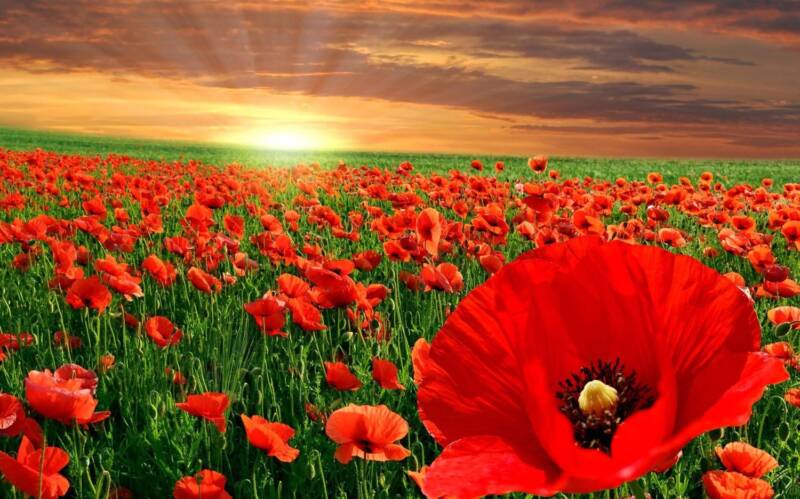 Each year I find myself profoundly moved by the Remembrance Sunday ceremony at the Cenotaph. Though it mainly commemorates events that happened before most of us were born, it speaks eloquently of the qualities we will need if we are to build a decent future.

Originally known as Armistice Day, it was instituted to mark the moment when the guns fell silent at the end of the First World War in 1918, on the eleventh hour of the eleventh day of the eleventh month. The poppies are reminders of those that grew in the fields of Flanders, where some of the most prolonged and bloody battles were fought. It was called “the war to end all wars”, but 21 years later the world again became a battlefield. Peace and liberty are hard to win, but they are harder still to sustain.

What is it about the ceremony that makes it so potent? First — and foremost — it is a national event, an act of collective identity and belonging. Gathered around the Cenotaph are the Queen and other members of the Royal Family, prime ministers past and present, representatives of Parliament and Commonwealth governments, heads of the Armed Forces, religious leaders and, above all, the large contingent of ex-servicemen and women who fought for the freedom we now enjoy. If we seek a living symbol of social cohesion — a nation united in dedication to an ideal — it is there.

Secondly, the Remembrance Sunday ceremony reminds us of the debt we owe to those who came before us. It is an act of thanksgiving by the present to the past — perhaps the only gift the living can give the dead.

Society, said Edmund Burke, is a contract between the dead, the living and those not yet born; and without that sense of intergenerational loyalty we would never make the sacrifices necessary to a future we may not live to see. We must make space, by way of public silence, to hear the call across the years of those who died: “When you go home tell them of us and say: For your tomorrow we gave our today.”

Thirdly, the ceremony tells us that there can be no identity without a sense of history. To be British, whether by birth or adoption, is to be part of a story, honoured and enacted in rituals, symbols and ceremonies of remembrance.

A nation is not merely a place where we happen to be. It is also a narrative of which we are a part. A society is more than an aggregation of people in a given space. It has a dimension of time as well. It is woven out of the gossamer strands of collective memory, learnt at school, embodied in institutions, reflected in a country’s art and literature, poetry and music.

Lose these and a nation will suffer the collective equivalent of Alzheimer’s disease.

Today we face new battles, radically different from those in the past. There is the fight against terror and the preachers of hate. There is the ongoing struggle to bring stability to parts of the world riven by ethnic and religious rivalries. There is the fight against preventable disease that daily claims the lives of 30,000 of the world’s children. There is the campaign against environmental destruction that threatens the very future of life on Earth. The challenges change but the virtues need to stay the same: vision, courage, collective purpose, a willingness to sacrifice for the sake of the future — and above all a sense of history.

Freedom, said Moses at the end of his life, needs the active cultivation of memory. “Remember the days of old; consider the generations long past. Ask your father and he will tell you, your elders, and they will explain to you.”If we forget how painfully freedom is won, we will lose it. If we take it for granted, it will not survive. To be guardians of our children’s future, we must keep faith with our ancestors’ past.

John McCrae, a doctor serving with the Canadian Armed Forces in 1915, saw the devastation of war and scribbled in his pocket book a short poem, In Flanders Fields, that gave immortal voice to the charge of the dead to us:

To you from failing hands we throw
The torch; be yours to hold it high.
If ye break faith with us who die
We shall not sleep, though poppies grow
In Flanders fields.