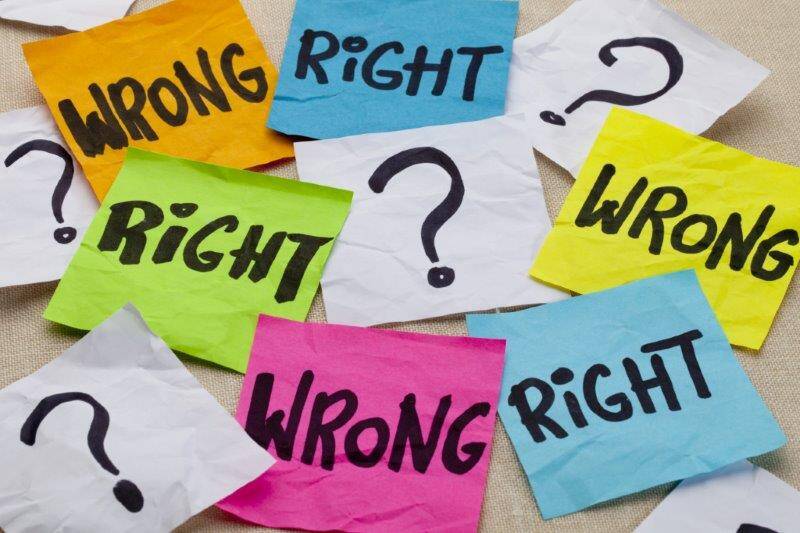 This morning a ComRes survey for the BBC was published into “What We Think is Right and Wrong” in Britain in 2019, based on interviews with more than three and a half thousand adults aged 16 and over. In many respects, it’s uplifting. The majority of people say they have a strong sense of right and wrong. 70% say it’s important to have a moral framework for your life. And we’re tolerant. Almost 70% say people should be free to live their lives as they want so long as they don’t harm others.

There are, for me, some worrying signs. Younger people have a weaker sense of nationhood than older adults and are less likely to be proud of British history. People care about the environment but seem unwilling to make major lifestyle changes to protect it, by changing their mode of transport or stopping using disposable cutlery, cups and plates.

But what really stood out for me in the survey was the gap between principle and practice. A fifth of people interviewed said they had been unfaithful to their partner, but of those, 60 per cent said it was wrong to do so. Of the people who admitted taking illegal drugs, 43 per cent said it was wrong. Half of those who’ve lied to cover up their own mistakes condemned their own behaviour.

How can you know something is wrong and yet do it anyway? Plato thought it was impossible. But Aristotle thought otherwise. He called it akrasia, weakness of will. The Bible begins with the most famous of all stories on this theme. Adam and Eve knew the fruit was forbidden yet they went ahead and ate it anyway. Their reaction when they heard God approaching was to hide, forgetting, as we still do, that when it comes to bad behaviour, you can’t hide forever. Sooner or later you’ll be found out. That’s how paradise was lost.

People, sometimes very intelligent people, can throw away their whole lives, their careers, their reputation, their future happiness, because they can’t resist temptation, and because they think they can hide, they can cover up what they’ve done. They start by deceiving others; but they end by deceiving themselves.

Which is why morality matters and why we should always heed the inner voice we call conscience. It’s there to guide us from principle to practice. It’s our satellite navigation system as we chart our course through the wilderness of time. Being honest to others is the best way of being honest to ourselves.