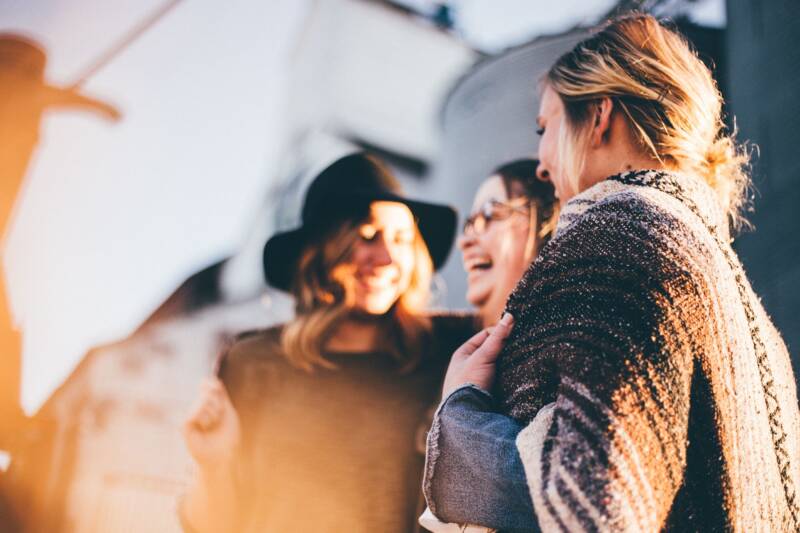 They may not be poetry or deathless prose, but advertising slogans have given us some of the more memorable phrases of our time: “It’s good to talk,” “Just do it,” “Go to work on an egg,” and “Don’t leave home without it.” My personal favourite is the slogan from the early 1970s, “It’s the real thing.” Since it was selling a famously branded fizzy drink, it came with a slice of irony, intended or otherwise. But if I were to try to persuade someone in this secular age why he or she should join a religious community, it’s the phrase I would use. It’s the real thing.

Take friendship. In January of this year, MacMillan Cancer Support published a survey of 18 to 35 year-olds in Britain. On average, it emerged that they had 237 Facebook friends. When asked, on how many of them you could rely in a crisis, the average answer was two. A quarter said, one. An eighth said none.

Compare that with the experience of a young American family who joined our local synagogue in August 2008. Coming here was a wrench for all of them but the father had been offered a once-in-a-lifetime opportunity to become European head of one of the world’s largest financial houses. One month later it went bankrupt. He was now a stranger in a strange land, jobless and with a family to provide for. Three years later, as he and his family were about to return home, he stood up in the synagogue and said that without the help and support of the members of the congregation he did not know how he would have survived. That is just one dramatic example of what happens quietly all the time in synagogues and other places of worship. When it comes to friendship, that is where you will find the real thing.

Or consider the relationship between parents and children. In June 2011, a UNICEF report compared parenting habits in the United Kingdom, Sweden and Spain. It found that in Britain, parents had a tendency to give their children expensive toys, electronic gadgets and high status brands, while the children themselves said that they would have preferred to have been given attention, love and time.

In my local synagogue, I see parents and children sitting together, mothers and daughters, fathers and sons, saying the prayers and studying the Bible together. That experience is altogether deeper and longer lasting than any material gift. I witness the generations bonding together, each giving the next an identity to live with, ideals to aspire to, and a set of habits of gratitude and self-restraint that will allow children to negotiate life’s challenges with confidence and courage. In terms of parenting, that is the real thing.

Take status. Looking one way I see a success-driven secular society that judges people by how much they earn. Looking the other way, at our communities, I see a network of relationships in which people are valued by how much they give, regardless of whether it is in the form of money, time, hospitality to strangers, help to those in need or support to those undergoing crisis. Materialism and individualism have combined to create a world of false values. In communities of faith, I find the real thing.

What of happiness itself? It is surpassingly strange that in a Britain still, despite the recession, affluent beyond our grandparents’ dreams, the demand for antidepressants continues to rise. In the synagogue I find something different for which there is no precise English word, namely simcha. Usually translated as “rejoicing,” it actually means an emotion you can only feel in the company of others. I translate it as “joy shared.”

Every Sabbath people come to the synagogue to celebrate an engagement, a forthcoming marriage, a new child or grandchild, a significant birthday or wedding anniversary, and we all sing and rejoice together. That is simcha, collective celebration, and it tends to prove the mathematical equation that joy shared is joy multiplied. This is not the illusory happiness of the self-centred pursuit of desire.

Happiness, like friendship, trust, altruism, virtue, enduring values and real relationships, is most readily achieved in community, and in an age when face-to-face communities are elsewhere in steep decline, in houses of worship they are still strong. So ignore the world of brands and bling, and consider joining a religious congregation. Unlike the culture of glossy surfaces and glittering superficiality, it’s the real thing.