Beyond the Politics of Anger

We are Witnessing the Birth of Something Horrible. Only Radical Change Can Save Our People 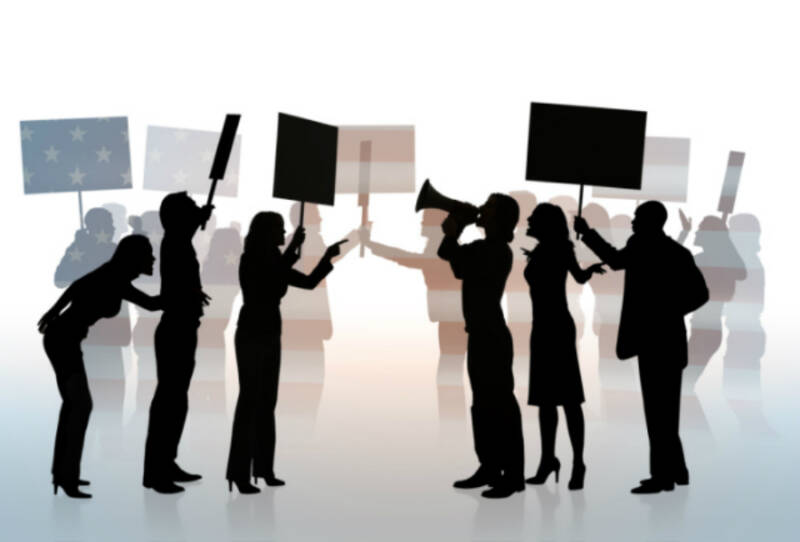 This article was published in The Daily Telegraph on 11th November 2016.

This is not politics as usual. The American presidential election, the Brexit vote and the rise of extremism in the politics of the West are warnings of something larger, and the sooner we realise it, the better. What we are witnessing is the birth of a new politics of anger. It is potentially very dangerous indeed.

No civilisation lasts forever. The first sign of breakdown is that people stop trusting the ruling elite. They are seen as having failed to solve the major problems facing the nation. They are perceived as benefiting themselves, not the population as a whole.

They are out of touch and surrounded by people like themselves. They have stopped listening to the grassroots. They underestimate the depth and breadth of popular anger.

That happened in both Washington and Westminster: the governing class fail to see the blow coming. It is how the party of the status quo is defeated by the candidate of the angry party, however incoherent his or her policies actually are.

Therein lies the danger because anger is a mood, not a strategy, and it can make things worse, not better. It never solves problems but merely inflames them. The danger down the road, as it has been throughout history, is the demand for authoritarian leadership, which is the beginning of the end of the free society. We shouldn’t forget Plato’s warning that democracy can end in tyranny.

There is only one viable alternative. It is not a return to the status quo. It is bigger than traditional divisions between the parties. It is the creation of a new politics of hope. Hope is not optimism. It begins with a candid acknowledgment on all sides of how bad things actually are.

Vast swathes of the population in Britain and America have not benefited from economic growth. They have seen their living standards fall, relatively and absolutely. They have watched while traditional jobs have been outsourced to low wage economies, leaving once-thriving industrial centres as demoralised wastelands.

So we need a new economics of capitalism with a human face. We have seen bankers and corporate executives behaving outrageously, awarding themselves vast payments while the human cost has been borne by those who can afford it least. We have heard free-market economics invoked as a mantra in total oblivion to the pain and loss that come with the global economy.

We have acted as if markets can function without morals, international corporations without social responsibility, and economic systems without regard to their effect on the people left stranded by the shifting tide. We who are grandparents know only too well that life is harder for our children than it was for us, and for our grandchildren it will be harder still. We need to rebuild our social ecology.

When a civilisation is in good order it has institutions that provide support and hope in hard times. In the West these have traditionally been families and communities. Neither is in a good state throughout the West today.

Their breakdown led two of the most important thinkers in America, Charles Murray on the right and Robert Putnam on the left, to argue that, for large sections of the population the American dream lies broken beyond repair.
What can we do? The sooner we abandon the politically correct but socially disastrous view that marriage is outmoded, the better. We need to recover a strong, inclusive sense of national identity if people are to feel that those in power care about the common good, not simply the interests of elites.

The West is still suffering from the damage done by multiculturalism, living proof that the road to hell is paved with good intentions. Unless we can restore what George Orwell called patriotism as opposed to nationalism, we will see the rise of the far right, as is happening already in Europe.

The religious voice is important also, and I say this not because I am religious but because historically the great faiths have given people a sense of dignity and worth that was not tied to what they earned or owed. When religion dies and consumerism takes its place, people are left with a culture that encourages them to buy things they don’t need with money they don’t have for a happiness that won’t last. It is a bad exchange and it will end in tears.

All this is big and deep and serious, and it will need us to move beyond the confrontational politics and divisive zero-sum thinking that have so brutalised public debate. Anger is always a hazard of politics in ages of rapid change, but it has not always been as dangerous as it is now.

The revolution in information technology has transformed the entire tone of global culture in the twenty-first century. Smartphones and the social media empower groups that might otherwise lack a collective voice. The Internet has a disinhibition effect that encourages indignation and spreads it like contagion.

A politics of hope is within our reach. But to create it we will have to find ways of strengthening families and communities, building a culture of collective responsibility and insisting on an economics of the common good. This is no longer a matter of party politics.

It is about the very viability of the freedom for which the West fought for so long and hard. We need to construct a compelling narrative of hope that speaks to all of us, not some of us, and the time to begin is now.