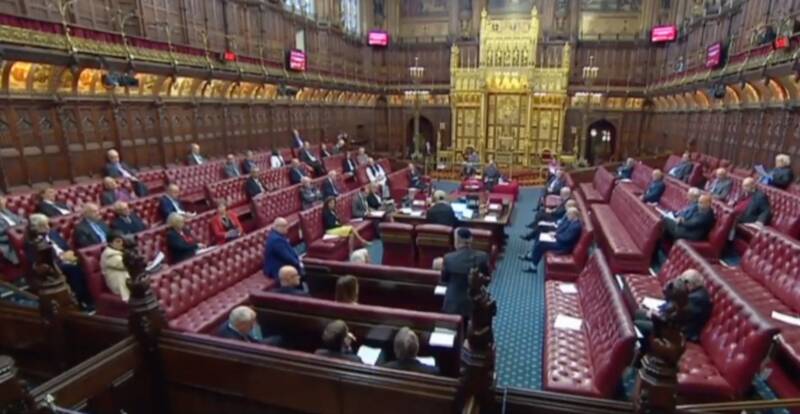 On 12th June 2013, Rabbi Sacks participated in a debate about business and society in the House of Lords.

I thank your Lordships for this opportunity to ask the government about its views on the relationship between business and society, and I welcome in particular the opportunity short debates like this provide to step back from the specifics of policy to take a larger and longer view of the moral dimensions of economic policy. This is a very large subject indeed, and I will hazard just a few words about it in general and then turn to one aspect, confident that other speakers will touch on others.

In the light of the G8 protests and so much else that has been said in recent years, it is often assumed that when religious leaders speak about business it is to be critical of capitalism and all its works. That is not the case in the tradition from which I speak. The Hebrew Bible, after all, records perhaps the world’s first economist, Joseph, who invented the theory of trade cycles, seven years of plenty followed by seven lean years, which has thus far proved to be a more accurate guide to the 21st century than most other economic forecasts.

We believe that business, and the market economy generally, plays a moral role in society. It is the greatest stimulus we know to human creativity. It increases the common wealth. It reduces poverty, and poverty is profoundly humiliating. Economic liberty has a deep association with political liberty. Trade as Montesquieu pointed out in the 18th century is the deep alternative to war. And throughout history, trading centres, like the city of London, have been at the forefront of tolerance and respect for difference.

But economics is always subject to an overarching moral law. According to the Talmud, the first question we asked in heaven is: we were honest in business? It doesn’t say what happens if the answer is no, but in my mind’s eye I see an angelic figure like Lord Sugar with wings, saying, you’re fired. However, I wish to express my concern at one specific aspect of our current situation, namely youth unemployment. Today unemployment is high throughout Europe, and youth unemployment far higher still. In Britain the current figure is 20.7%. This by no means the worst. In Greece the figure is 58%, Spain 55%, Italy 37%, and France 25%. These are all disturbing figures.

And the real question hovering in the background is, is this a mere temporary feature of a low point in the economic cycle, or is it likely to become a permanent feature of economies in the West as virtually everything to do with business becomes increasingly globalised, as we continue to outsource manufacturing and service industries to low-wage economies elsewhere in the world.

It used to be thought that high unemployment was the price we paid for low interest and inflation rates. Is it now to be the price we pay for global free trade? Are we condemning a significant proportion of young people to a future in which they will never find work?

If so, the price we pay is likely to be very high indeed. There is the economic danger of an increasingly small working population supporting an ever larger nonworking population, something already happening because we are living so much longer. There is a political danger. Historically and in many parts of the world today, youth unemployment is a prime cause of political instability. Above all, though, we should be mindful of the moral, psychological and dare I say it spiritual hazard at stake.

In Judaism we believe that work is fundamental to human dignity. We believe that everyone should be able to say: I made a contribution to the common good. I gave; I did not just to see receive. I earned my daily bread. I did not depend on the generosity of others. Our ancient Sages said: do even the most menial work rather than be dependent on others. Maimonides, our most eminent mediaeval scholar, held that the highest form of charity was job creation, because it enabled the recipient to become independent of charity. These remain compelling ideas.

A Jewish economist, David Ricardo, formulated one of the most morally beautiful of all economic theories, the law of comparative advantage, but states that even if you about are better than me at everything, still, if you are better at some things than others, and I am better at some things than others, then if we both concentrated on what we are best at, and trade, we are both better off. Which means that every one of us has a contribution to make to the common wealth. We all have something to give.

In a very moving article a few months ago Matthew Parris wrote about the experience of life on welfare benefit which he had once undertaken to do for a television documentary. He discovered that the real issue was not so much material as psychological. Without minimising the deep financial hardship, he wrote, “What I’ll never forget was the slow, quiet, killing quality of a life without purpose, a life where you depend but no one depends on you; a life where all the people around you, too, are without occupation.” He spoke of the “shame” and “indignity” of worklessness. That is precisely what drives Jewish economic ethics.

My Lords, there is an inescapable moral dimension to economic policy because it is, in the end, not about abstractions like GDP but about people. There could be no more dispiriting prospect than the thought that a significant proportion of young people in this country will grow up without prospect of employment, without contributing to the nation’s economy, without having the chance to say: I made this, I contributed, I helped this to happen. Employment is a moral issue, because dignity comes from what we do to enhance the lives of others.

I would therefore ask the government to explain how it is exploring ways in which business, education, local and regional groups, civic and voluntary organisations might act together to give all young people the skills and job opportunities that will allow them one day to look back at Britain’s economy and society and say: this is the home we built together for the benefit of all.