The Challenge of Jewish Repentance

Questions to ask ourselves each new year 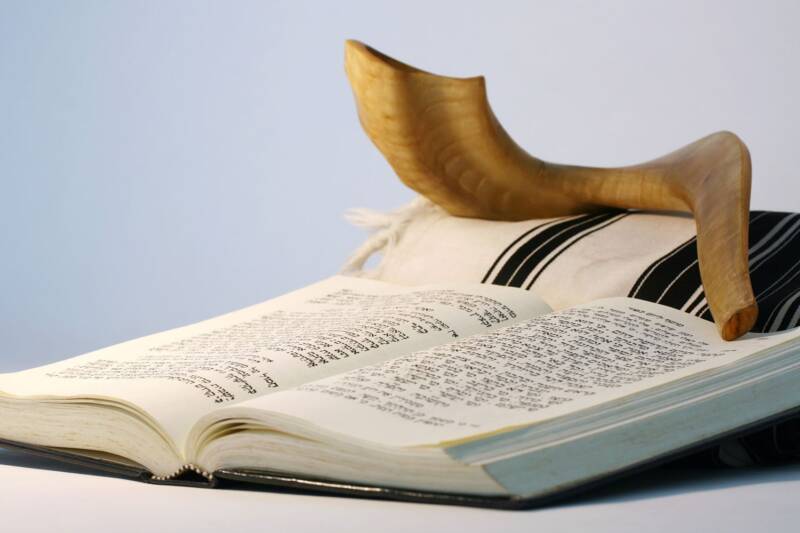 This article was first published in The Wall Street Journal on 16 September 2017.

The Ten Days of Repentance are the holy of holies of Jewish time. They begin this Wednesday evening with Rosh Hashanah, the Jewish New Year, and culminate 10 days later with Yom Kippur, our Day of Atonement. At no other time do I feel so close to God, and I suspect the same is true for most Jews.

These days constitute a courtroom drama like no other. The Judge is God Himself, and we are on trial for our lives. It begins on Rosh Hashanah, with the sounding of the shofar, the ram’s horn, announcing that the court is in session. The Book of Life, in which our fate will be inscribed, now lies open. As we say in prayer, “On Rosh Hashanah it is written, and on Yom Kippur it is sealed, who will live and who will die.” At home, we eat an apple dipped in honey as a symbol of our hope for a sweet new year.

On Yom Kippur, the atmosphere reaches a peak of intensity in a day of fasting and prayer. Repeatedly we confess our sins, whole alphabetical litanies of them, including ones we probably had neither the time nor the imagination to commit. We throw ourselves on the mercy of the court, which is to say, on God Himself. Write us, we say, in the Book of Life.

And at the end of a long and wrenching day, we finish as we began 10 days earlier, with the sound of the ram’s horn – this time not with tears and fears but with cautious yet confident hope. We have admitted the worst about ourselves and survived.

Beneath the surface of this long religious ritual lies one of the more transformative stories of the human spirit. The sociologist Philip Rieff pointed out that the movement from paganism to monotheism was a transition from fate to faith. By this he meant that in the world of myth, people were pitted against powerful, capricious forces personified as gods who were at best indifferent, at worst hostile, to humankind. All you could do was try to propitiate, battle or outwit them. This was a culture of character and fate, and its noblest expression was the literature of Greek tragedy.
Jews came to see the world in a completely different way. The book of Genesis opens with God making humans “in His image and likeness.” This phrase has become so familiar to us that we forget how paradoxical it is, since for the Hebrew Bible, God has no image and likeness. As the narrative quickly makes clear, what humans have in common with God is freedom and moral responsibility.

The Jewish drama is less about character and fate than about will and choice. To the monotheistic mind, the real battles are not “out there,” against external forces of darkness, but “in here,” between the bad and better angels of our nature. As the religion writer Jack Miles once pointed out, you can see the difference in the contrast between Sophocles and Shakespeare. For Sophocles, Oedipus must battle against blind, inexorable fate. For Shakespeare, writing in a monotheistic age, the drama of “Hamlet” lies within, between “the native hue of resolution” and “the pale cast of thought.”

The trouble is, of course, that faced with choice, we often make the wrong one. Given a second chance, Adam and Eve would probably pass on the fruit. Cain might work a little harder on his anger management. And there is a straight line from these biblical episodes to the destruction left by Homo sapiens: war, murder, human devastation and environmental destruction.

That is still our world today. The key fact about us, according to the Bible, is that uniquely in an otherwise law-governed universe, we are able to break the law – a power that we too often relish exercising.

This raises an acute theological dilemma. How are we to reconcile God’s high hopes for humanity with our shabby and threadbare moral record? The short answer is forgiveness.

God wrote forgiveness into the script. He always gives us a second chance, and more. All we have to do is to acknowledge our wrongs, apologise, make amends and resolve to behave better, and God forgives. It allows us to hold simultaneously to the highest moral aspirations while admitting honestly our deepest moral failings. That is the drama of the Jewish High Holy Days.

At the heart of this vision is what the post-Holocaust writer Viktor Frankl called our “search for meaning.” The great institutions of modernity were not constructed to provide meaning. Science tells us how the world came to be but not why. Technology gives us power but cannot tell us how to use it. The market gives us choices but no guidance as to which choices to make. Modern democracies give us a maximum of personal freedom but a minimum of shared morality. You can acknowledge the beauty of all these institutions, yet most of us seek something more.
Meaning comes not from systems of thought but from stories, and the Jewish story is among the most unusual of all. It tells us that God sought to make us His partners in the work of creation, but we repeatedly disappointed Him. Yet He never gives up. He forgives us time and again. The real religious mystery for Judaism is not our faith in God but God’s faith in us.

This is not, as atheists and skeptics sometimes claim, a comforting fiction but quite the opposite. Judaism is God’s call to human responsibility, to create a world that is a worthy home for His Presence. That is why Jews are so often to be found as doctors fighting disease, economists fighting poverty, lawyers fighting injustice, teachers fighting ignorance and therapists fighting depression and despair.

Judaism is a supremely activist faith for which the greatest religious challenge is to heal some of the wounds of our deeply fractured world. As Frankl put it: The real question is not what do we want from life but what does life want from us.

That is the question we are asked on Rosh Hashanah and Yom Kippur. As we ask God to write us in the Book of Life, He asks us: what have you done with your life thus far? Have you thought about others or only about yourself? Have you brought healing to a place of human pain or hope where you found despair? You may have been a success, but have you also been a blessing? Have you written other people in the Book of Life?

To ask these questions once a year in the company of others publicly willing to confess their faults, lifted by the words and music of ancient prayers, knowing that God forgives every failure we acknowledge as a failure, and that He has faith in us even when we lose faith in ourselves, can be a life-changing experience. That is when we discover that, even in a secular age, God is still there, open to us whenever we are willing to open ourselves to Him.