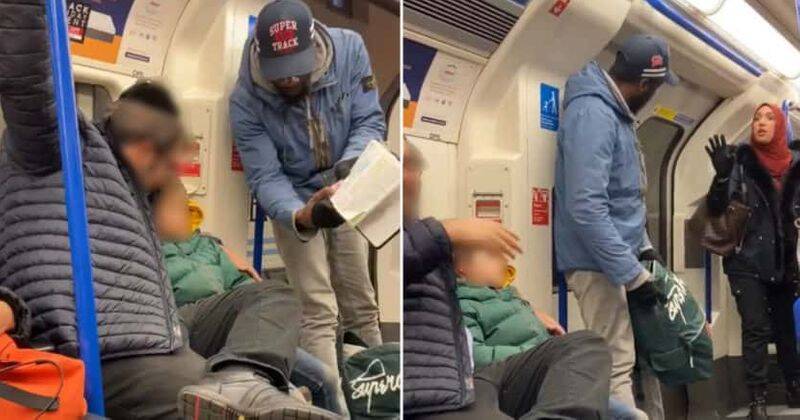 A few days ago, two Jewish children were sitting with their parents in a train on the London Underground when a man came up to them and for almost twenty minutes harangued them with antisemitic abuse. Someone intervened but was threatened with violence. Then a young woman confronted the man, and calmly told him what he was doing was wrong. This distracted him and saved the day. It was a heroic act. The hero was a young Muslim woman wearing a hijab. Her name was Asma Shuweikh.

She herself has known what it’s like to be abused. Muslims suffer from this as much as Jews. But instead of allowing that to intimidate her, she used it to identify with the Jewish family. That is what the Book of Exodus means when it says, “Do not oppress a stranger for you know what it feels like to be a stranger.” Use your pain to sensitise you to the pain of others.

That we in Britain should still be talking about antisemitism, Islamophobia, or racism at all, is deeply shocking. But it reminds us of the distance between public utterances of politicians and the reality, and it’s been like that for a very long time. Thomas Jefferson who drafted the line in the American Declaration of Independence, “We hold these truths to be self-evident that all men are created equal,” was a slave owner. A century after the French revolution, with its commitment to liberty equality and fraternity, France at the time of the Dreyfus trial had become a world leader in antisemitism. The Germany of Goethe, Schiller, Beethoven and Kant, that gave us some of the finest expressions of universal humanity, later became the birthplace of the most murderous racism Europe has ever known. Racism has returned to Europe and to Britain – are we, and the politicians who represent us, doing enough to stop it?

We still have to fight for the truth that every group should feel safe; and that our differences, not just our similarities, are what make us human. The Bible taught this in its opening chapter by saying that every human being is in the image and likeness of God. Meaning that one who is not in my image – whose colour, culture or creed is not mine – is nonetheless in God’s image.

Asma Shuweikh, the lady in the train, who later said, “I wouldn’t hesitate to do it again,” chose not to be a bystander but to confront racism head on. Her quiet courage should be a model for us all.