Cultivating the Inner Self 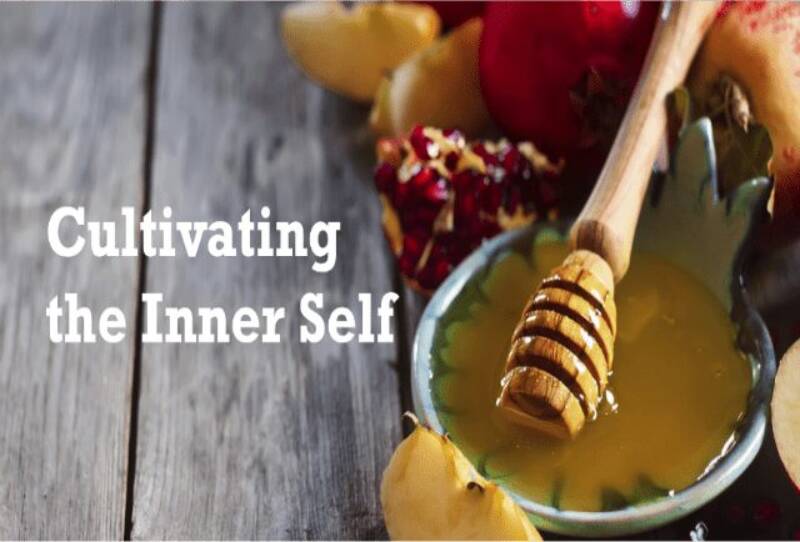 “Original” is not a word often used in connection with a code of Jewish law. In general, the rule tends to be that if it’s true it isn’t new, and if it’s new it isn’t true. But “original” is precisely the right word to use in connection with Rambam’s law code the Mishneh Torah, especially in connection with Rosh Hashanah. Rambam was the first halachist to create a work called Hilchot Teshuvah, the Laws of Repentance. One law in particular (Mishneh Torah 3:4) is stunning in its originality, as well as in its implications for us.

It begins with these words. “Even though the sounding of the shofar on Rosh Hashanah is a scriptural decree, nonetheless it contains within it a hint (as to its purpose), namely: Wake up, you sleepers from your sleep, and you slumberers from your slumber, examine your deeds, return in repentance and remember your Creator, you who forget the truth in the follies of time and waste the whole year in vain pursuits that neither profit nor save.”

What is original about this is that in the Talmud, the explanation given for the shofar is that it reminds us and God of the ram offered in place of his son by Abraham at the binding of Isaac. The sound of the shofar itself, teruah, represents, according to the Talmud, the sound of tears. In other words, as we stand before God in judgment we ask Him to remember the sacrifices we and our ancestors made for His sake. The shofar is our cry to God.

Rambam says the opposite. The shofar is God’s cry to us. It is God’s way of saying what he said to the first humans in the Garden of Eden: “Where are you?” What have you done with the life, the freedom and the blessings I gave you? This is a unique Maimonidean insight. What, though, does he mean when he says, “you who forget the truth in the follies of time and waste the whole year in vain pursuits that neither profit nor save”?

This past year the brilliant New York Times columnist David Brooks wrote a national best seller, The Road to Character, in which he distinguishes between what he calls the résumé virtues and the eulogy virtues.

The résumé virtues are the ones we write on our curriculum vitae, our achievements, our qualifications, our skills. But it is the eulogy virtues that are the ones for which we will be remembered. Are we kind, honest, faithful? What are the ideals for which we live, and how do we live them? These are not what we write on our résumé, but they make all the difference to our quality of life and the impact we have on those around us.

“We live”, he writes, “in a society that encourages us to think about how to have a great career, but leaves many of us inarticulate about how to cultivate the inner life.” That is not a million miles from what the Rambam meant when he spoke about wasting time on vain pursuits that neither profit nor save: not that résumé virtues are unimportant, but they are not all-important. The relentless pressure on us to succeed in the commercial market-place gives us all too little time and encouragement to develop the depths of character that make all the difference to the quality of our relationships, our sense of a meaningful life, and the love we give and receive. That, says the Rambam, is what the shofar is calling us to.

What makes David Brooks’ book especially fascinating is the way he explains how he came to see the distinction between the two kinds of virtue. He arrived at it, he says, after reading Rav Soloveitchik’s great essay, The Lonely Man of Faith. Rav Soloveitchik noted that the Torah contains two accounts of the creation of man, one in Genesis 1, the other in Genesis 2. Genesis 1 is about humans as part of the natural order, Homo sapiens, the biological species. Genesis 2 is about individual people, Adam and Eve, capable of loneliness and love.

The reason the Torah does this, said the Rav, is because there are two basic elements that make us what we are. There is Adam 1, “majestic man,” the language-speaking, tool-making animal, highest of all life forms, capable of monumental scientific and technological achievement. But there is also Adam 2, the “covenantal” personality defined by our relationships with other people and with God. Majestic man has the résumé virtues, but Torah – the life of the covenant – is about the eulogy virtues: humility, gratitude, integrity, joy, the willingness to serve and make sacrifices in the name of high ideals. It is about “charity, love and redemption.”

Even today, says Brooks, you know when you are in the presence of someone who has the eulogy virtues. They “seem to possess an impressive inner cohesion.” They are not leading “fragmented, scattershot lives.” They are grounded, they have roots, they know what matters in the long run, and they can tell the difference between the music and the noise. The result is that they are not “blown off course by storms,” nor do they “crumble in adversity.” They radiate, he says, “a sort of moral joy.” They are not defeated by failure or wounded by criticism. They have a massive internal strength and they make a real difference to those whose lives they touch.

That defines the cheshbon ha-nafesh, the self-searching and self-evaluation that should inform our thoughts on Rosh Hashanah, Yom Kippur and the days between. That, according to Rambam, is what the shofar is calling us to. And that, surely, is a message for our time.

None of us, as individuals, can end climate change, bring peace to the Middle East, cure the world of disease or bring justice and compassion to the international arena. But we can each do our individual best. And we can, quietly, develop the strengths of character that will make a difference not only to our own lives but to those around us. That, according to the Rambam (in his Eight Chapters) is what Judaism is about, the cultivation of character through the repeated acts we call mitzvot and the way of life we call halachah. That is where Judaism is so rich and transformative, and where contemporary secular culture, with its focus on externalities and résumé virtues, is often sadly lacking.

Let us try this coming year to develop, through our Jewish living, those qualities of character that really are life-enhancing and that come from a sense of the Shechinah in our lives. The Sages understood, none more so than Rambam, that the best way to change the world is by changing ourselves. That is what the shofar is calling us to: to cultivate the inner life so that, through humility, forgiveness and love, we become vehicles through whom God’s blessings flow. Let us learn to radiate moral joy.

May I take this opportunity, together with Elaine, to wish you and all your family a Shana tova u’metukah. May 5776 bring health, happiness, peace and prosperity to all of Am Yisrael and the world.