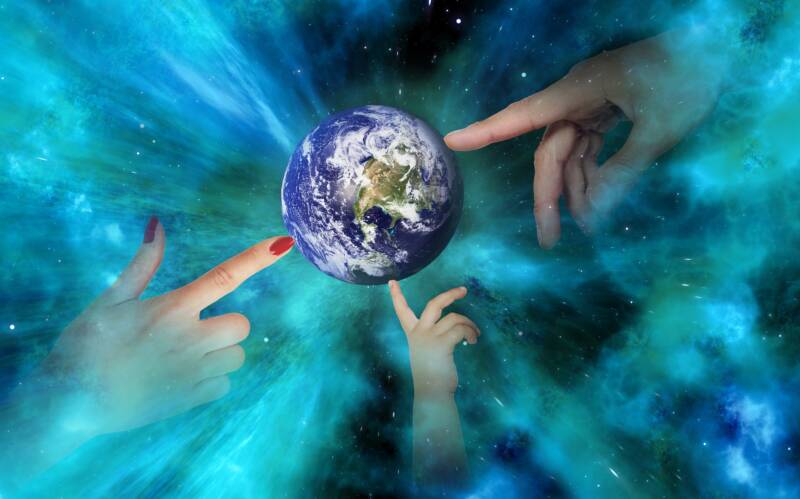 Yom Kippur, the Day of Atonement, is the holy of holies of Jewish time. It is that rarest of phenomena, a Jewish festival without food. Instead it is a day of fasting and prayer, introspection and self-judgment when, collectively and repeatedly, we confess our sins and pray to be written into God’s Book of Life.

Its hold on the Jewish imagination is immense and undiminished, even in a deeply secular age. Synagogues tend to be fuller on this day than any other. The atmosphere is vivid, the music solemn and majestic, the imagery gripping and powerful. It is as if the world had become a courtroom. God is sitting in judgment. The trial is about to begin. The watching angels are terrified, and we are the accused, our lives passing under Divine scrutiny. It is a drama not unlike the opening scene of the book of Job.

It is an emotionally demanding experience, but we emerge with a sense of purification. God’s forgiveness allows us to be honest with ourselves. We recognise our imperfections, admit our failures, and plead to God for clemency. We are his subjects, but we are also his children, and how angry can God be with us, given that he brought us into being in love? God judges but he also forgives: that is one of the most beautiful of the many ideas the Judeo-Christian tradition gave the world. Yom Kippur is the supreme day of forgiveness.

But there is a story to be told about the history of the day itself that is relevant to the condition of the West in the twenty-first century. Read the Bible – Leviticus, chapter 16 – and you get an immediate sense of its drama in ancient times. On the holiest day of the year, the holiest man, the High Priest, would enter sacred space, the Holy of Holies, and atone for the sins of the nation. It was an elaborate ritual, involving other things the famous “scapegoat,” sent into the desert, and it continued throughout most of the biblical era.

Then came the tragedy that almost derailed Judaism completely: the failed rebellion against Rome in the first century that led to the destruction of the Second Temple. Now there was no Temple, no High Priest, no sacrifice, no scapegoat, no annual ritual of collective atonement. It was a spiritual trauma almost without precedent in Jewish history.

To be sure, the First Temple had been destroyed by the Babylonians six centuries earlier, and the people had survived. But then there had been prophets – Jeremiah in particular – who gave the people hope. The accuracy of Jeremiah’s prophecies of destruction that gave credibility to his vision of return, and it happened. Now, though, Rome was in the ascendant and there seemed no hope of reversing the situation. The failure of the Bar Kochba rebellion sixty years later confirmed the depth of the crisis. Jews had entered their longest exile. What would become of the Day of Atonement?

With no Temple and no functioning priesthood how could Jews mend their relationship with God?

It was then that the great revolution took place in Jewish theology. Inspired by, among others, the first century scholar Rabbi Akiva, the Sages came to the conclusion that in the absence of the High Priest, each Jew could turn directly to God, and through a combination of repentance, prayer and charity achieve atonement.

Holiness was democratised. Every place where Jews gathered to pray was like a fragment of the Temple in Jerusalem. Every prayer said from the heart was like a sacrifice. Each Jew on this day of days was like a priest. It was a stunning transformation.

Its effect on the Jewish people was no less spectacular. Throughout the biblical era the Israelites were portrayed as a fractious, rebellious people, drifting into idolatry and incurring the wrath of the prophets. From the first century onward, Jews became the most faithful people in history – the only people to retain their religious identity for two millennia as a dispersed minority, the only such group to resist assimilation to the dominant culture and conversion to the dominant faith. It was a tenacity that earned the awe of people as different as Blaise Pascal and Friedrich Nietzsche.

How did it happen? How was religious tragedy turned into spiritual triumph? That, it seems to me, is worthy of the serious reflection of serious minds. It happened, I believe, because in the absence of a High Priest, responsibility for achieving atonement devolved on every Jew, which they did both individually and collectively, just as we do today when we confess our sins, not in the privacy of the confessional, but together, out loud, in the synagogue. It was the devolution of responsibility that was transformational. With no High Priest to do it for them, Jews had to atone for themselves.

Contemporary Western societies have been moving in precisely the opposite direction for the past half century. The emphasis has been on rights, not responsibilities. When it comes to piecing together the fragments of broken lives, we have tended to place the entire burden on the state and its agencies. When things go wrong, someone else will put it right. The state has become for us what the High Priest was for ancient Israel. The results are no happier now than they were then: a long vacation from responsibility. Then, the symptoms were idolatry and sin. Today they are the breakdown of marriage, fragile families, the loss of community, and the spread of consumerism and moral relativism – all signs of a society in decline.

If the history of the Day of Atonement has anything to say to us now it is: never relieve individuals of moral responsibility. The more we have, the more we grow.