The Doctor Who Taught us to Choose Life 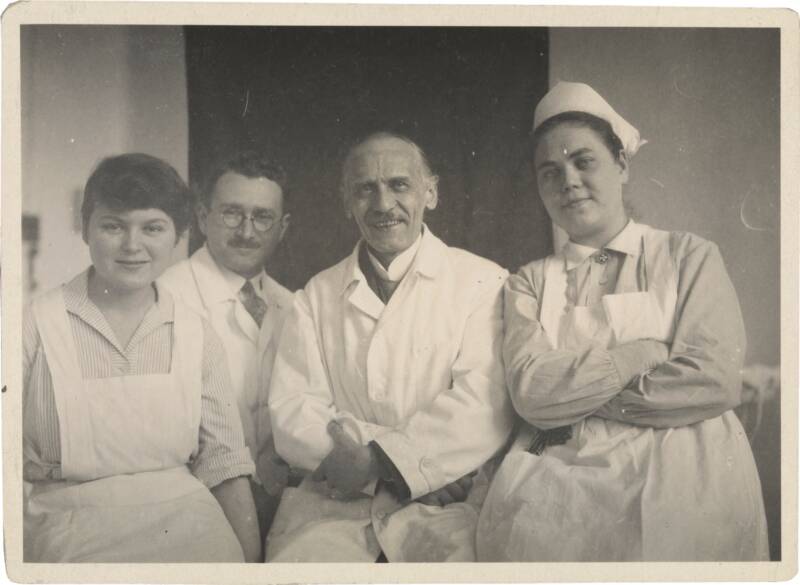 Apart from the Paralympics themselves, for me the most moving moment of an extraordinary summer was the BBC film, “The Best of Men,” about the person who inspired the games, the late Dr Ludwig Guttmann. It is a story of hope rescued from several kinds of despair.

Guttmann was a refugee from Nazi Germany. Born into an orthodox Jewish family, by 1933 he was Germany’s leading brain surgeon. Then Hitler came to power and in 1939 he came to Britain where his skill in neurology led to his being asked by the government to set up the National Spinal Injuries Centre at Stoke Mandeville hospital, which he did in 1943.

At that time it was assumed that paraplegics would never be able to live any kind of normal life. The best that could be done for them was to keep them sedated by high doses of drugs, and left hospitalized and bed-ridden until they died.

Guttmann was appalled. He believed that they each had a life ahead of them, not just behind them. With faith and determination, they could leave their beds, go out into the world, have jobs, marry, find happiness and the dignity of achievement. The film tells how, by sheer will and unshakable obstinacy, he gave paraplegics back their life.

It was an immense struggle for him and them. He reduced their painkillers, made them sit up, and brought in a trainer to make them do exercises. He got the nurses to get the patients tell them their life stories reconnecting with their hopes and dreams. He coaxed them out of their beds into wheelchairs to play games, competing with the hospital staff whom he also put in wheelchairs.

For the patients there was pain at every step of the way. Yet in the film you could see them coming, at first slowly and reluctantly, then joyously, back to life. For Guttmann too there was pain, of a different kind. He was opposed by everyone: the nurses, his fellow doctors, the hospital administrators. They said he was attempting the impossible. At one point another doctor accused him of failing to see that they were cripples who would never lead a normal life. Who did he think they were? Guttmann looks at him and says, “The best of men.”

So with absolute determination he and the paraplegics kept going through all the setbacks, agonies, disappointments and inner conflicts. Guttmann understood that in this struggle, sport had transformative power. He extended the internal games within the hospital to a national competition, and then in 1948 to an international one parallel to the Olympics. Slowly it grew until in 1960 the first Paralympics took place in Rome, culminating in the one we have just seen with 4,200 athletes from 164 countries.

That is how one man helped transform life for many. I do not know how much his approach had to do with his experience or faith as a Jew. Was it his six years under Nazi rule in Germany when Jews, like paraplegics, were regarded as non-persons? Was it his belief that every human being has a soul as well as a body, and however injured the latter, the former can still fly? Was it simply the echo within him of Moses’ great command: “Choose life”?

One way or another, his inspiring story, told before the Jewish High Holy Days, made me think that perhaps God is trying to do for us what Guttmann did for his patients. He sees that, in our souls if not our bodies, we are injured. Our spiritual muscles are atrophied through lack of use. We bear the scars of bruising experiences of the world. Yet year after year we and those around us accept our condition, spiritually bed-ridden yet so sedated by a relentlessly secular society that we do not even feel the pain.

God does not let us lie there. He tells us to sit up, get out of bed, and exercise our soul even though it hurts. He coaxes us out of our comfort zone. And though we fail time and again, like Dr Guttmann, God never gives up on us until, through prayer and ritual and service to others, we slowly come alive. In this game there are no medals and no losers, but by taking part we learn to live and breathe more deeply until, in the end, we find ourselves lifted to a greatness we never knew we could achieve.