Now’s the Time to Tell a New Story of Britain 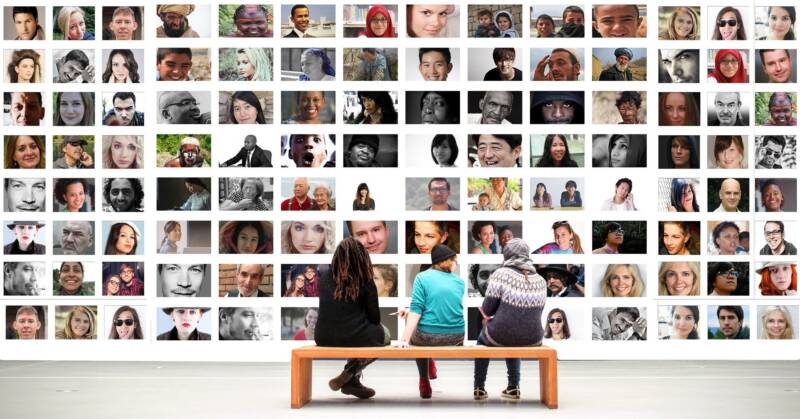 This extract from ‘The Home We Build Together — Recreating Society’ was published in The Times on 22nd October 2007.

Covenants were a familiar feature of politics in the ancient Near East. They were secular treaties, usually between a strong nation and a weak one. They set out the terms of a relationship. The strong power would protect the weak, in return for which the weak would pledge its loyalty and fealty to the strong.

The Bible takes this idea and makes revolutionary use of it. It is now conceived of as a partnership between God and a people. God will protect them. They know this because He has already rescued them from slavery. In return, they are to pledge themselves to God, obeying His laws, accepting His mission, honouring His trust. The people are free to choose.

Setting aside the religious implications of the story, what makes biblical politics unique is its dual theory of how individuals come together to order their collective life. The book of Samuel tells of the birth of Israel as a kingdom. The earlier book of Exodus tells of its birth as a nation. One is a story about rulers, courts, government and the distribution of power. The other is about rules, relationships, morality and vision. To put it in secular terms: Social covenant creates a society. Social contract creates a state.

The United States is unique among modern polities in having the same dual structure as the Bible. It had its own social contract, the Constitution of 1787, which set out the form of government. But prior to that it had its equivalent of a covenant, the Declaration of Independence of 1776, with its great assertion: ‘We hold these truths to be self-evident, that all men are created equal, that they are endowed by their Creator with certain unalienable Rights, that among these are Life, Liberty and the pursuit of Happiness’ and that ‘to secure these rights, Governments are instituted among Men, deriving their just powers from the consent of the governed’. This is as close as politics comes to a nation-making covenant on the biblical model.

Among my earliest memories are those of Passover nights in my grandparents’ house. We had come together to celebrate the festival and conduct the seder, telling the story of how our ancestors, the Israelites, were slaves and were rescued by God with a series of miracles, and set on their way to freedom. The stroke of genius behind this celebration – and it goes back to the book of Exodus – is that it is set in the home, among families, and it is focused on children. It was my turn, as the youngest child, to ask the traditional ‘four questions’ beginning with Mah Nishtanah, ‘Why is this night different from all other nights?’

I was being inducted into a people and its memory. I was learning an identity, just as Christian children learn their own identity by telling the story of Christmas and Easter. That is how religions, and cultures generally, shape lives, engraving phrases in the database of memory and giving children the narratives that will frame their understanding of the world and their place within it.

Isaiah Berlin once wrote that “all Jews who are at all conscious of their identity as Jews are steeped in history”. That, I think, is the wrong word. The authors of the Bible were among the first historians. Two thirds of the books of the Bible are historical. Yet biblical Hebrew has no word for history. In its place, the Bible uses a significantly different word: Zachor, “remember”. It appears no less than 169 times in the Bible. Above all, there is the reiterated refrain: “Remember that you were slaves in Egypt.”

There is a difference between history and memory. History is someone else’s story. It is about events that happened somewhere else, sometime else. Memory is my story. It is about events that happened, in some sense, to me. Hence the rabbinic injunction about telling the story of Passover: “In every generation we are duty-bound to see ourselves as if we had gone forth from Egypt.” Memory is about identity. It is the story of which I am a part. That story may be ancient. In the case of Passover it is very ancient indeed. But I am part of it. That is what identity is — being part of a continuing narrative, one of whose characters I am. History answers the question, “What happened?” Memory answers the question, “Who am I?” The two are quite different.

Many social commentators and politicians have argued that British identity should be strengthened by more active teaching of British history in schools. That is desirable in itself. But identity belongs not to history but to memory. It is not a matter of reading texts, learning facts, remembering dates. It is a matter of telling a certain story as our own.

The seder service on Passover, like other rituals in other faiths, is about one generation handing on its story to the next. The fact that this is done at home, within the family, around the table, gives it astonishing power, for family is the most visible symbol of identity and continuity. It is also portable; it survives dislocation. Jews were able to maintain their identity for 2,000 years after the destruction of the Second Temple despite the fact that they no longer had a land, a territory, a home. They told their story to their children. On this slender base, identity survived.

Britain does not have a national narrative. Its political rhetoric contains nothing resembling the stirring religious rhetoric of the American Inaugural Address, and it is important to understand why. It is not because Britain is less religious than the United States, though it is. It is because British politics is not covenantal. It once was, in the 17th century, and when it was, this is how British politicians spoke. After the settlement of 1688, however, Britain reverted to its earlier hierarchical and organic character, and the result is that Britain does not have a national narrative.

It may, however, need one, for two reasons. The first is that in an age in which liberal democracy is under threat, it can no longer be taken for granted. We need to know, perhaps even as children, why Britain is as it is. It would be a narrative of freedoms fought for, liberties won, injustices remedied and wrongs righted. It should be an inclusive narrative, telling among other things of how people from many different places and faiths came here and added greatly to our collective life. Stories ground liberty on something more stable and compelling than abstract concepts or the shifting sands of moral relativism.

They also address directly the challenge of integrating minorities. Stories unite. They tell us who “we” — all who live in this place — are. They become essential when a nation no longer shares a common ethnicity or a single overarching religious system of belief. Stories create memory, and memory creates identity. That is why covenant and narrative are at the heart of nations consciously created out of diversity. Given the centrifugal forces at work in an era of globalisation, this ancient form of society-building may be necessary if we believe, as many do, that liberal democratic politics needs a sense of collective belonging.

Covenantal politics is the most powerful form of identity creation because it does not depend on custom, habit or tradition-for-the-sake-of-tradition. Nor does it rest on an ideology, a philosophical system, a theory about power, wealth or the human condition. It honours the great truth of human identity, that we are not human beings in general, nor are we citizens because we are of this race or that creed. We are part of a story, begun by those who came before us. They have entrusted us to write its next chapter in such a way as to do justice to, and keep faith with, what went before.

We cannot change our colour; most of us do not wish to change our religion; but we can learn a new story and teach it to our children. That is why, when nations have stories, they can be inclusive. They invite newcomers to make it their own.

A covenantal politics is, by definition, a politics of responsibility. It is created by an act of commitment. The people undertake to abide by a moral code, pursue a moral vision and create a society built on justice, compassion and respect for human dignity. This is not a side-effect, something that happens along the way. It is the foundational act of a covenantal society.

It is this combination of personal and collective responsibility that gives covenantal societies their energy. They enlist their citizens. They generate ideals. They see us all as co-builders of the social order. Covenant democratises responsibility. It creates active citizens. It is a politics of empowerment. It sees society as the home we build together.

Covenant is also an idea for our time because it is supremely suited to a world of multiple identities. Who are we nowadays? English? British? European? Just a human being? One of the most powerful features of covenant is that it is made for a question like this. Unlike most forms of identity, it is not a Yes-No, Us-Them, If-I-am-right-you-are-wrong way of partitioning reality. It recognises that we have multiple identities and loyalties.

What then is society? It is where we set aside all considerations of wealth and power and value people for what they are and what they give. It is where Jew and Christian, Muslim and Hindu, Buddhist and Sikh, can come together, bound by their commonalities, enlarged by their differences. It is where we join in civil conversation about the kind of society we wish to create for the sake of our grandchildren not yet born.

It is where we share an overarching identity, a first language of citizenship, despite our different second languages of ethnicity or faith. It is where strangers can become friends. It is not a vehicle of salvation, but it is the most effective form yet devised for respectful coexistence. Society is the home we build together when we bring our several gifts to the common good.

How to create a social covenant

– How do you create a national narrative? You begin with a ritual: a day, a date, a commemoration. The American narrative emerged through the institution of the Presidential Inaugural Address. Hence the call by a number of politicians for a Britain Day. That, I believe, is right. Ritual precedes myth. First comes the occasion, then the story.

– National celebrations are important, but they will only be effective if they filter down into local events that bring people in neighbourhoods together across ethnicities and faiths. Local government, civic associations schools and religious congregations should all be brought into this process. Businesses should be encouraged to find ways of celebrating national and local identities as part of their code of corporate responsibility.

– Our national conversation is under-institutionalised. It may be that the new communications media — blogs, chatrooms, YouTube, MySpace, Facebook and the like — will generate new ways of creating communities of interest and ideas.