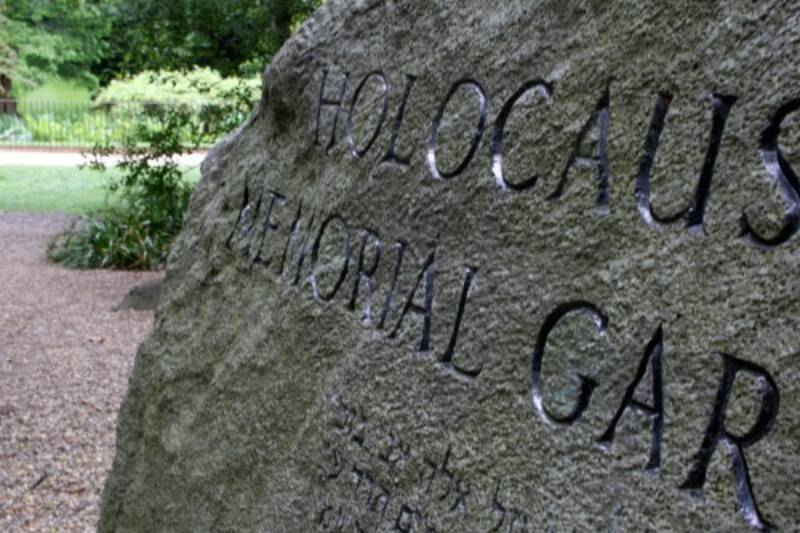 This speech was delivered by Rabbi Sacks at the National Holocaust Memorial Commemoration Ceremony in Hyde Park, London in May 2011.

At the end of the book of Genesis, Joseph makes one deeply poignant request. ‘Though I die in exile, God will bring you back to the land, and when he does so – veha’alitem et atzmotai mizeh – Carry my bones with you.’

When Moses ascended Mount Sinai, there was a catastrophe, and he smashed the tablets, and together with God made new ones. Ever afterward, luchot veshivrei luchot munachim be-aron, the Israelites carried with them in the Ark the new tablets and the fragments of the old.

And so it has been throughout Jewish history. We carry with us all the fragments of our people’s past, the broken lives, the anguished deaths. For we refuse to let their deaths be in vain. They, our past, live on in us as we continue the Jewish journey to the future, to hope, and to life.

And so it is with the victims of the Shoah, the lost lives, the broken communities, synagogues desecrated and set on fire, the sacred scrolls burned and turned to ash, the children, a million and a half of them, an entire murdered generation. What our enemies killed we keep alive in the only way we can, in our minds, our memories and our memorial prayers.

Those fragments of memory help make us who we are. We live for what they died for, when we walk tall as Jews, showing we are not afraid, refusing to be intimidated by the antisemitism that has returned to Europe, or by the sustained assault on Israel, the one place on earth where Jews have ever been able to defend themselves instead of relying on friends who stayed silent, passive, when our ancestors needed them most.

Friends let us be in no two minds. The new antisemitism, different from the old merely in focusing not on Jews as individuals but on Jews as a nation in their own land, is as vicious as the old, as potentially murderous as the old, and the fact that it is being given protected space on our university campuses and in some of our media simply go to show that what we learn from history is that people who do not study history fail to learn from history and reproduce all its failings and its hates.

But this time is different. We have the State of Israel. We have Jewish children at Jewish schools. We have good and decent friends. And we have Jerusalem.

So today we say to the souls of those our people lost in Europe’s dark night: we will never forget you, we will never cease to mourn you, we will not let you down, until Jews can walk the world without fear, witnesses against those who choose death, to the God of life who told us: “Choose life.”