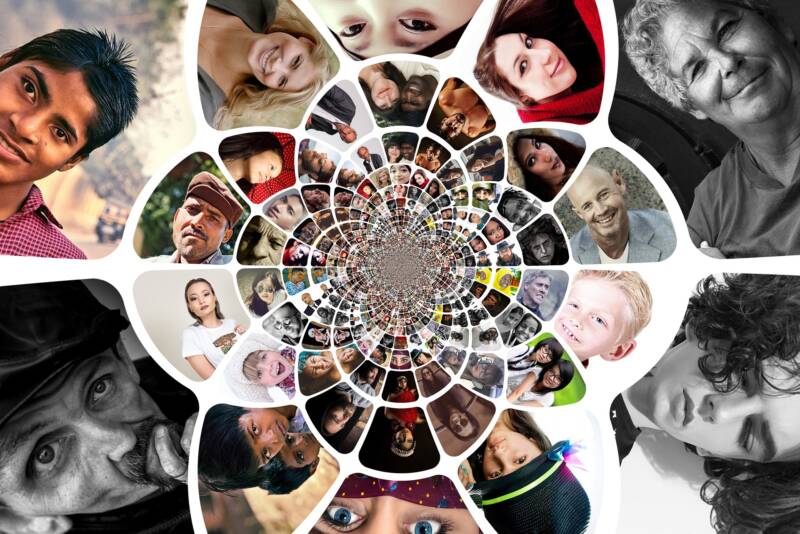 Chazal, our Sages, asked a strange question in the Gemara of Chullin (139b): Esther min haTorah minayin? “Where do we find a hint in the Torah to the Book of Esther?”, the last book of Tanach to be canonised. The Gemara answers with the words, v’anochi haster astir panai, “I will hide my face on that day.” Hashem’s most fearful warning had always been that there would come a time when there would be hester panim, the concealed face of God, when it would look as if, God forbid, Hashem has stopped communicating with us.

That is how Chazal found a hint of Esther. We know that Esther is one of the only two books in Tanach which don’t contain the name of Hashem, the other one being Shir HaShirim. But where as Shir HaShirim is a book about Hashem’s love for us, Esther is a fearful book because it records the moment when it was resolved Lehashmid laharog ule’abaid et kol hayehudim mina’ar v’ad zakein taf v’nashim beyom echad, “to destroy, to slay, and to exterminate all Jews, young and old, children and women, in a single day,” when the first warrant for genocide against the Jewish people was issued. Purim is the only festival in the Jewish year set entirely in Galut, in Exile.

Every other festival is either based on an event that happened in Israel or on the journey toward Israel. Purim alone is set in the place of hester panim, when we are out of Israel and where it is harder to feel the presence of God.

That is the Book of Esther. It comes from an almost secularised world, where we search for the presence of God in history and we fail to find it. Yet there is one line in the Megillah that cuts through me like a knife and represents the most powerful statement in Judaism I know that Hashem has not abandoned us.

Towards the end of the fourth chapter, we find Esther telling her Uncle Mordechai about all the problems there might be in interceding with King Achashverosh regarding the fate of the Jewish people. Mordechai listens and then responds to her with the famous words, Im haharesh tachrishi, ba’et hazot revach v’hatzlah ya’amod layehudim mimakom acher, “If you are silent and you do nothing at this time somebody else will save the Jewish people.” U’mi yodeia im l’et kazot, higa’at lamalchut? “But who knows, was it not for just this moment that you became a Queen, with access to King Achashverosh in the royal palace?”

This, for me, is the ultimate statement of hashgachah pratit, that wherever we are, sometimes Hashem is asking us to realise why He put us here, with these gifts, at this time, with these dangers, in this place. Hashgachah pratit is our fundamental belief that God never abandons us, that He puts us here with something to do. Even in the worst hiding of God, if you listen hard enough, you can hear Him calling to us as individuals, saying U’mi yodeia im l’et kazot higa’at lamalchut? “Was is not for this very challenge that you are here in this place at this time?”

That is the essence of the first word of the third book of Torah [we started reading last Shabbat] – Vayikra. When you look in a Torah you will notice the word is written with a very small Aleph at the end. Commenting on this, Rashi draws a distinction between the phrases Vayikra el Moshe, “And He [Hashem] called to Moses” and Vayikar el Bilam “And He [Hashem] appeared to Bilam”. The Hebrew language, says Rashi, has two words that sound the same, but are in fact completely different, even opposite, mikrah and mikreh. Mikreh is used to describe something that happens accidentally, that involves no Divine Providence. Mikrah, on the other hand, is used to describe a calling from Hashem, specific to you with a particular task involved.

Why, then, is the Aleph – a letter which makes no sound – written small? To teach us that sometimes it can be very hard to hear Hashem’s call. It might even be a silent call. In Hebrew, this is a known as kol demama daka, a voice you can only hear if you are listening. Even in the worst hester panim, Hashem is always calling on us to do something.

One of my great heroes was a man called Victor Frankl, I write about him often. Victor Frankl was a psychotherapist actually working with university students in Vienna and was taken to Auschwitz during the Second World War. There never was in all history greater hester panim than in the Holocaust. Yet Victor Frankl was a man of faith, and he knew Hashem was calling on him to do something even there, even at the gates of Hell itself. He asked himself, what does Hashem want of me, a psychotherapist, in the middle of Auschwitz? He came to the answer, Hashem wants me to give my fellow prisoners, my fellow Jews, a will to live, because only if they have that will, will they have the strength to survive. So he went around to each prisoner that he thought was about to fall into despair, and gave them a role in life, one they had yet to fulfil. This sense of renewed purpose helped force these men, women and children to stay alive, survive Auschwitz, be liberated and then go and do their calling. That is what Victor Frankl heard, even in Auschwitz, a Vayikra with a tiny Aleph.

There is another story of a man named Eddie Jacobson. Eddie was an ordinary Jewish guy from the Lower East Side of New York. When Eddie was a child, his parents moved to Kansas City and there he met a child his own age. Soon they became close school friends, did military service together during the First World War, and decided that when the war was over, they would go into business together. They set up a clothing store in Kansas City, but the business was not a great success and soon they drifted apart. Eddie Jacobson went on being a travelling salesman selling clothes. His friend, Harry S. Truman, took a slightly different route and landed up as President of the United States.

In 1947-48, the Jews of the world needed the support of the United States of America for the state of Israel to be proclaimed and recognised. The State Department was against it and advised the President not to support the creation of the state of Israel. Jews and Jewish organisations tried their utmost to see the President in the White House, and every single attempt was refused. Even the leader of the Zionist movement, Chaim Weizmann, the man who would become the first President of the State of Israel, was refused a meeting.

As time became desperate, somebody remembered that Harry S. Truman had a childhood friend called Eddie Jacobson. So they reached out to Eddie and asked if he could get the President of the United States to meet with Chaim Weizmann. So Eddie phoned up President Truman and said he had to come and see him. Truman’s officials tried to block the meeting, but Truman said “This is my old friend, Eddie, from school, Eddie, from the Army, Eddie, from our shop together! How can I not see this man?”

When Eddie arrived at the White House, Truman said “Eddie, you can talk to me about anything, except Israel.” “Okay”, said Eddie and he stood in the Oval Office, in front of the President of the United States, and began to cry. “Eddie, why are you crying?” asked the President. Eddie pointed to a marble statue in the room and said “Who is that, Harry?” “That’s my hero, Andrew Jackson”, Truman replied. “You really admire this man?” asked Eddie. “Yes.” “And he had an influence over you?” “Yes” said Truman. Then, said Eddie, “I have a hero. His name is Chaim Weizmann. Harry, for my sake, see this man.” Harry looked at Eddie and he knew that he couldn’t say no to his old friend. That is how Chaim Weizmann got to see President Harry S. Truman, and that is how America voted in favour of the creation of the State of Israel. If they had not voted, Israel would not have been brought into being. What’s more, Harry S. Truman made the United States the first country in the world to recognise this State when David Ben Gurion pronounced it.

I don’t know exactly how Hashem writes the script of history, but if it can happen to Eddie Jacobson it can happen to any one of us. U’mi yodeia im l’et kazot higa’at lamalchut? Hashem is calling on each of us, saying there is a reason why we are here, because He has something for us to do, something that only we can do. We can hear Hashem’s voice even when there’s hester panim, when He appears hidden, even when the call, Vayikra, is written with a very small Aleph that you can hardly see and hardly hear.

In the third chapter of Hilchot Teshuvah, The Laws of Repentance, Rambam teaches us how throughout the entire year, we should see ourselves as if we as individuals and the entire world collectively are evenly poised between merit and sin. Our next deed may tilt the balance of our life, it may tilt the balance of somebody else’s life, it may even tilt the balance of the world. We never know when an act of ours will have consequences. Did Esther, growing up with Mordechai, know that one day, the entire future of the Jewish people will rest with her? You never know what significance one friendship or one little moment might have for you and for somebody else that might just change the world.

We must always ask ourselves, what does Hashem want of me in this place, at this time? Because there is always something Hashem wants of us, and we don’t have to be anyone special to have a sacred task. We can just be a Jewish woman called Esther, or a Jewish man called Eddie, and yet, somehow or another, our acts might have consequences that we cannot even begin to imagine. Even though you may feel sometimes that this is a world and an age in which there is hester panim, where you look for Hashem and you can’t find Him, He is still saying to us U’mi yodeia im l’et kazot higa’at lamalchut?, “Was it not for this moment that I placed you here on Earth?”

When Hashem calls, may each of us have the courage to say to ‘Hineini, here I am, Hashem, tell me what to do and I will do it.’ May we go out into the world, walking tall as Jews, walking unafraid, as Jews, and may we be true to our faith and a blessing to others regardless of their faith. May we hear the call of Hashem and answer it. May we all bring blessing to the world.