Holocaust survivors can remember without hating 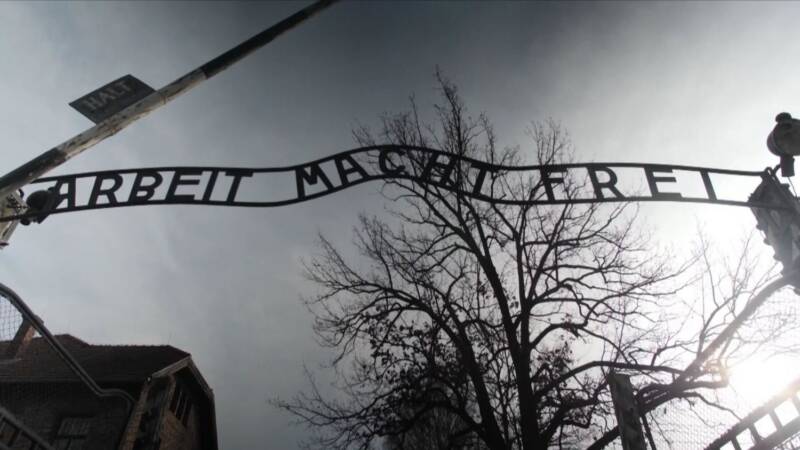 Article published in The Daily Telegraph on 27th January 2005

On 27th January 1945, Russian troops liberated Auschwitz and saw for the first time sights we still find difficult to comprehend – the reality of the so-called Final Solution in which all the Jews of Europe were scheduled for destruction. It is impossible to walk through the gates of Auschwitz, with their mocking inscription, “Arbeit Macht Frei” (Work makes you free), without feeling that you have entered the gates of hell.

The Holocaust defies the imagination. To give the simplest sense of scale: the 21st century was transformed by a multiple act of terror on 11th September 2001, when 3,000 people died. During the Shoah, on average, 3,000 Jews were killed every day for five and a half years.

Whole worlds were destroyed: the bustling townships of eastern Europe where Jews had lived in some cases for almost a thousand years, the great academies of Jewish learning, the Jewish mystics, the Hassidim, whose joy in serving God was legendary, the more westernised Jews – doctors, judges, scientists, academics – and a million and a half children gassed, burnt and turned to ash. To this day, when I walk through the cities of continental Europe I feel the presence of ghosts.

This year, Holocaust Memorial Day will honour the survivors. It takes courage to survive. The Bible says that Lot’s wife, turning back to look at the destruction, was turned into a pillar of salt.

How, I have often wondered, did people who lived through those events have the courage to continue?

Thirty years ago, when I was teaching philosophy, one of my fellow academics committed suicide. Only after he died did we discover that he was a Holocaust survivor. His memories had finally made life unbearable. There is nothing inevitable about survival.

Coming to know the survivors of our community has been, for me, a privilege. Having lost their families, they became one another’s family, giving each other the strength to continue. For many years, the burden of memory was simply too painful. It took decades before they were able to speak of those years even to their children.

More recently, knowing that eyewitnesses were becoming fewer each year, many of them have taken on the task of education, handing their stories on to future generations. That, too, has taken courage.

What has consistently struck me has been how they have remembered without hate or desire for revenge. Their message has been simple: don’t hate. Know where prejudice leads. Fight intolerance. Cherish each day as if it were your last. Love life and be willing to fight for it. Love the stranger, for how we treat strangers is the test of our humanity.

Above all, remember, for without memory a civilisation travels blind.

I think of Rabbi Yekutiel Halberstam of Klausenberg who survived the extermination camps, having lost his wife and all 11 of their children. During those years he made a commitment that if he survived he would dedicate his life to saving life. Eventually he built the Laniado Hospital in Netanya, Israel, committed to treating Israeli and Palestinian, Jew, Christian and Muslim alike.

Viktor Frankl, who survived Auschwitz, founded a new school of psychotherapy on the basis of his experiences there. He called it Logotherapy, the “search for meaning”. What Frankl learnt was that, though the Nazis stripped their prisoners of every vestige of humanity – their possessions, their clothes, their hair, their names – there was one freedom they could never take away: the freedom to choose how to respond. He spent the rest of his life helping people to discover reasons to live.

Emmanuel Levinas, the French philosopher, was transformed by his experience of hatred. To others, he wrote, we Jews were less than human, members of a different species. The sole gesture of warmth he and fellow prisoners experienced was from a dog who, for a few weeks before the guards disposed of it, appreciated their company and barked in welcome when they returned each evening after their labour. Levinas called the dog “the last Kantian in Germany”. For the rest of his life he devoted himself to arguing that philosophy must begin with “responsibility for the other”, our duty to the stranger, the outsider, the one not like us.

The survivors in our own community, led by the redoubtable Ben Helfgott, became their own support network as they struggled to find their way back to the land of the living. What has long struck me is how they did not let trauma turn them in on themselves. They, more than anyone else, identified with the victims of other tragedies, in Bosnia, Cambodia and Darfur.

Last year, Holocaust Memorial Day was dedicated to the tenth anniversary of the slaughter in Rwanda. Beforehand I wondered how the Jewish survivors would relate to the Rwandans, so different in many respects. I need not have worried. There was an instant rapport between them. Grief, tears, the pain of memory are, I discovered, a universal language. Mary Kayitesi Blewitt, who has devoted her life to the survivors of the Rwandan genocide, told me how much she learnt and received strength from the Jewish community.

It would be good to be able to say we no longer need to remember, but it is not so.

In many parts of the world, the politics of hate still thrive. It is always easier to avoid real problems by blaming someone else. It is never true but, as a tactic, it rarely fails. Nations without freedom, human rights or accountable government, riddled with poverty, disease and illiteracy, continue to blame some outside factor or conspiracy, and so the tragedy continues.

Hate destroys the hated, but it destroys the hater even more. The lessons of the Holocaust are simple to understand however hard they are to live. Never blame others for your troubles. A society is as large as the space it makes for the stranger. Cherish life.

Fight for the rights of others. The Holocaust stands as the eternal symbol of what happens when we forget.