How Jacob conquered the defining crisis of his life 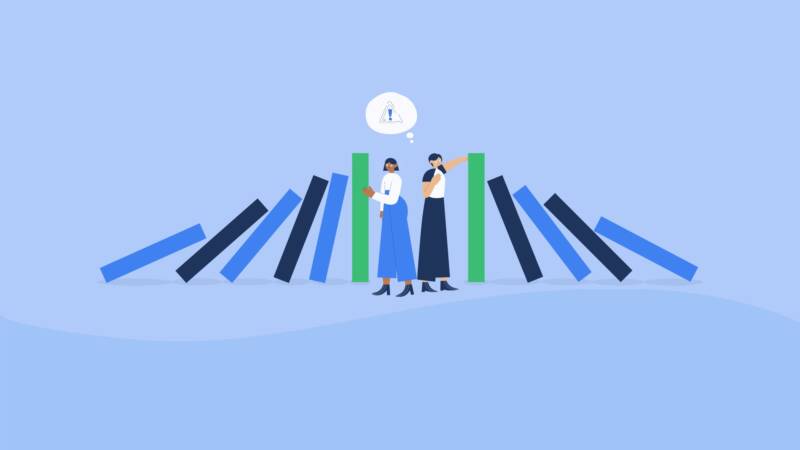 You find yourself in the midst of crisis. You lose your job, or miss the promotion you were expecting. You find yourself with a medical condition that requires a radical change of lifestyle. You make a bad investment that costs you dearly. You find an important relationship in your life under stress. Any of these, or the thousand other shocks that flesh is heir to, can plunge you, without warning, into crisis.

What then do you do? How do you survive the trauma and the pain? I have found one biblical passage deeply helpful. It is not an obvious one. It does not come from the Book of Psalms, that lexicon of the soul, or from Isaiah, the poet laureate of hope. Instead, it comes from the famous, enigmatic passage in Genesis 32 in which Jacob, far from home, wrestles with an unknown, unnamed adversary from night until the break of day.

The context is important: 22 years earlier Jacob had left home, fearing that his brother Esau, whose blessing he had taken, would kill him. Now he is returning, when he hears that Esau in on his way to meet him with a force of 400 men. Jacob, says the Bible, was “very afraid and distressed”, an unusually emphatic phrase in a book that often tells us little about people’s emotions. Jacob becomes a whirl of activity. He dispatches emissaries with gifts of flocks and herds, hoping to propitiate his brother. He prays to God for protection. He divides his camp into two, so that if one is destroyed the other may survive. Jacob’s hyperactivity is not only pragmatic, covering all the options. It is also a measure of the stress he is under.

He knows he is facing the defining crisis of his life. It is then that the famous scene enacts itself: “Jacob was left alone, and a man wrestled with him till daybreak.” Who was the man? The text does not say. The prophet Hosea said that Jacob wrestled with an angel. Jacob himself believed he was wrestling with God. He called the place Peniel, “the face of God”, saying: “It is because I saw God face to face, and my life was spared.”

Jacob’s struggle tells us three things. First, the wrestling match takes place after Jacob has made all his preparations. The real crisis, the inner crisis, catches us unaware and unprepared. However much we plan in advance, factor in all the contingencies, rehearse every scenario, there are events that take us by surprise.

That is the human condition. We live with constitutive uncertainty. Those who fear risk fear life itself. “One thing,” goes the old Jewish saying, “makes God laugh: seeing our plans for the future.” Freedom means the courage to live with the unknowable-in-advance. That is why freedom is ultimately impossible without faith.

The second is that the real battle that decides our future lies within the self, the soul. If Jacob can successfully wrestle with God, then he can face his brother Esau without fear. If we can win the struggle “in here”, we can also win it “out there”. That is what Roosevelt meant when he said in 1933, in the midst of the Great Depression, that “the only thing we have to fear is fear itself”.

It is the third point, though, that has made all the difference to me. Jacob says to the stranger/angel/God, “I will not let You go until You bless me.” Somehow, within every crisis lies the glorious possibility of rebirth.

I have found, and so surely have many others, that the events that at the time were the most painful, were also those that in retrospect most caused us to grow. They helped us to make difficult but necessary decisions. They forced us to ask: “Who am I and what really matters to me?”

They moved us from the surface to the depths, where we discovered strengths we did not know we had, and a clarity of purpose we had hitherto lacked. I have learnt to say to every crisis: “I will not let you go until you bless me.” The struggle is not easy. Though Jacob was undefeated, after it he “limped”. Battles leave scars. Yet God is with us even when He seems to be against us. For if we refuse to let go of Him, He refuses to let go of us, giving us the strength to survive and emerge stronger, wiser, blessed.