In memory of Yoni Jesner 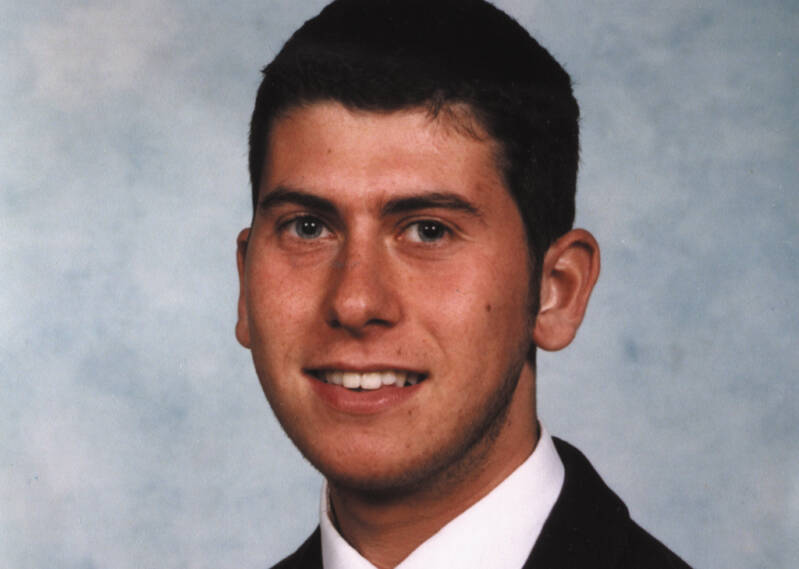 Yoni led the Jewish Youth Council in Glasgow and was studying to become a doctor. Rabbi Sacks went on to become a Patron of the Yoni Jesner Foundation.

Yoni Jesner, of blessed memory, was a remarkable young man whose death at the hands of a suicide bomber has devastated all who knew him.

I met him in Jerusalem in January at a meeting of British students on a gap year in Israel. It was clear then that he was a natural leader, a young man of spiritual depth and moral principle whose smile and warmth drew others to him and lifted them by his example. Those who knew him loved and admired him. His memory will live on as a testament to the very best in Jewish youth.

These words are my tribute to him and to the youth movement, Bnei Akiva, to which he gave so much.

We observe Succot, says the Torah, “so that your descendants will know that I made the Israelites live in booths when I brought them out of Egypt.” What, though, is special about this fact? Pesach and Shavuot commemorate miracles: the Exodus from Egypt and the Giving of the Torah at Sinai.

On Rabbi Eliezer’s view, the miracle is self-evident. For 40 years, God’s sheltering Presence protected the Israelites from heat by day, cold by night, and the wild animals and enemies they encountered on the way.

On Rabbi Akiva’s view, though, the succah seems to represent no miracle whatsoever. That the Israelites lived in temporary dwellings for 40 years was only to be expected. That is how nomads live. It is what the Bedouin do to this day.

Though the journey from Egypt to the promised land took forty years, and though the Israelites faced setbacks and digressions, they did not give up or lose faith or despair. According to Rabbi Akiva, while Pesach and Shavuot represent God’s love for the Jewish people, Succot represents the Jewish people’s love for God. Where do we find such an idea?

In the words of Jeremiah we say on Rosh Hashanah. Elsewhere the story of the years in the wilderness is told in terms of the people’s rebelliousness and obstinacy. Jeremiah, though, describes it quite differently.

“I remember the kindness of your youth, the love of your betrothal – that you were willing to follow Me into the desert through an unsown land.”

That was Israel’s greatness. It is easy to worship God when you have safety and security. But Israel came of age as a nation long before it knew such things.

It was born in the desert with no fixed home, vulnerable, exposed, yet willing to follow the call of God. That was the miracle – faith in the midst of uncertainty. What Rabbi Akiva was saying was: Look at the succah and you will see where our people was born.

Our ancestors lived in humble dwellings like these, yet they reached heights of the spirit unattained by those who lived in royal palaces. The succah was the matrix of Jewish courage, the birthplace of a people obstinate in their loyalty to God.

Little can Rabbi Akiva have known how true this idea would prove to be. For almost 2,000 years, dispersed and scattered across the globe, Jews never knew whether the place they were this year would still be their home a year later.

In place after place, they were forced to move by a ruler’s whim or a shift in the prevailing winds of prejudice. They might so easily have given up and abandoned their faith. Some did. Most, however, did not. They were the only minority who consistently refused to capitulate to the dominant faith. Their sheer loyalty amazed and perplexed those who reflected on it.

That is the faith we remember and pay tribute to on Succot – of a people who were sheltered only by the canopy of their trust in God, yet who never lost that trust in the midst of vulnerability. Succot tells us that emunah, faith, is not certainty. It is the courage to live with uncertainty, facing risk unintimidated and danger unafraid.

That is the courage Yoni Jesner showed – and which every Israeli has shown these past two years. They have faced a remorseless campaign of terror, driven by hate, that has cost hundreds of lives and left thousands injured.

There are two kinds of heroism. There is the heroism of rare moments – of battle, crisis and war, when people are inspired to great acts of valour. But there is another kind of heroism, quieter but no less remarkable: the heroism of everyday life when an entire people is exposed to danger, not on the battlefield but in the street or a shop or at a bus stop, when simply staying and being there take courage.

Its significance is immense. Those who practise terror aim to intimidate and unnerve. If there is one people on the face of the earth who cannot be intimidated it is the people who, year after year, sat in a succah, exposed to the wind, the rain and the cold, and yet called it z’man simchateinu, “the season of our joy”.

That is heroism awesome in its grandeur, and it is the mark of all who live in Israel or spend time there today.

It turned out, though, that Yoni had a last and yet more deeply moving message for us. This week we discovered that his family had donated one of his kidneys to save the life of a seven-year-old Palestinian girl who had been on dialysis for two years waiting for a suitable donor. That is moral greatness of a high order – to create life out of death and turn a potential enemy into a friend.

A people is as great as its ideals, and Yoni lived those ideals to the limit. We will not forget him. We will cherish his memory as a blessing and inspiration.

Tonight as the Glasgow community comes together to pay tribute to a young man who has been tragically taken from us, al Kiddush Hashem, I want to pay my own tribute to his memory.

I met Yoni in Yerushalayim in January of this year at a meeting of British students on a gap year in Israel. It was immediately clear to me that he was a natural leader, a young man of unusual spiritual depth and moral commitment whose smile and warmth and strength of character drew others to him and lifted them by the force of his example.

Those who knew him, loved him and admired him, and they will carry the mark of his presence into the future.
Yoni was fortunate to grow up in a community like Glasgow, which offered him many opportunities to develop his talents as a leader and an educator. In other communities he might have been considered too young to have such responsibilities, but not here; and the more scope he was given, the more he grew.

The Glasgow community is proud to have had Yoni Jesner as a member. I am sure, equally, that he too was proud to be a member of this great community. He recognised the confidence you placed in him which allowed him to develop the skills for which he will always be remembered.

Rabbi Rubin has mentioned that the community in Glasgow is like an extended family, and within it are Yoni’s family.

Every child needs encouragement and there is no doubt that Yoni received this from his family. In all the tributes they have paid him they have highlighted his wonderful nature, his sensitive ways, his concern for others and his eagerness to teach. Despite his serious commitment to so many things, his sense of humour always prevailed and is what attracted so many people. He had that indefinable quality we call chein. This was the gift of his family and a tribute to the way he was nurtured. His values were those he saw practised at home. He was proud of them, and they of him.

The Jesner and Black families, together with the community, are bereft, and it is no easy task to bring comfort to you at this sad and tragic time. However, tonight as you recall your individual memories of this fine young man, think also about the legacy that he has left for you and the Jewish people.

Yoni will never be forgotten. Something of him will live on in the lives of all he influenced and inspired. That is what the Sages meant when they said that the righteous need no epitaph; their words and deeds are their memorial. The example we set, the good deeds we do, the values for which we live: these are our immortality, and what we mean when we say, “May his memory be a blessing.” Yoni was in life, and will remain in the memory, a role model of what it is to be a proud and committed Jew. His life, all too brief, was a Kiddush Hashem.

He would want us all to remember the good times we shared with him. And we in turn must try to fill the gap he has left by letting his example inspire us to continue what he began – to live each day as God’s blessing, to ensure that our behaviour always exemplifies Judaism’s highest ideals, and to have the sense of humour that lifts others in hard times and sustains a sense of hope.

Yoni was a young man in whom Glasgow and British Jewry took great and justified pride.

Elaine and I send his family and his community our most sincere wishes for long life.

Yehi Zichro Baruch. May his example be remembered for a blessing.

Here is a memory shared by Jonny Lipczer in 2020, soon after the death of Rabbi Sacks zt”l :

In 2002, I became Mazkir [Head] of Bnei Akiva UK, and just weeks into the start of the year we heard news from Israel that a suicide bomber had detonated his belt on a bus in Tel Aviv, and that one of our members, Yoni Jesner, was on that bus. He was rushed to hospital, and we quickly arranged an evening of prayer at our London headquarters. Yoni was still in intensive care, but we knew there was no hope.

As news spread of the gathering, Rabbi Sacks called me to say he would like to be with us. He didn’t wait to be asked; he knew this is where he was needed. He addressed the packed room, giving strength to Yoni’s many friends and his wider Bnei Akiva family. It was a challenging moment for Bnei Akiva, and in Rabbi Sacks we had a leader we so desperately needed to light the way. His presence with us that night was a tremendous source of comfort.