In this age of extremes, we need to be vigilant in defending academic freedom 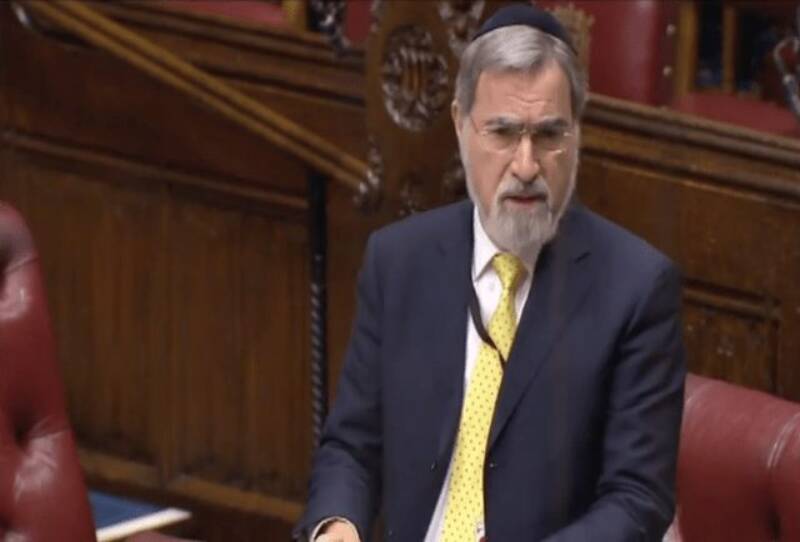 My Lords, in 1927 a French intellectual called Julien Benda published a prophetic book called ‘La Trahison des Clercs’ – ‘The Treason of the Intellectuals’ – in which he described the process by which universities that were once known as places for the collaborative pursuit of truth had become homes, in his phrase, “for the intellectual organization of political hatreds”.

Sadly, that is what some universities in this country have become today. I speak from personal experience.
I was Chief Rabbi for 22 years and during that time I was under constant security protection, but only once in all those years did I feel genuinely afraid. That was when I gave a talk to students at Oxford University. Just before the start of my lecture, a whole group of rather menacing Muslim students came in and occupied the centre of the front row. It was a blatant attempt at intimidation.

Luckily, my capacity to be boring at length saved the day and after half an hour they left, but that is increasingly what Jewish students, and indeed Jewish university chaplains, are facing. So threatened did Jewish university students feel that in 2012 they asked me personally to address the annual conference of the National Union of Students. I did. I spoke about academic freedom. I explained that this means that a university is a place where you give a respectful hearing to views with which you disagree. There was a wonderful atmosphere, with people of all ethnicities and faiths. A group of young women Muslim students came up especially to thank me, and I left on a high. That evening, when I had left, the Union of Jewish Students stand was vandalised and threatening messages were left all around.

One of the most frightening books I have read is Ed Husain’s ‘The Islamist’. He describes in detail how a mere handful of extremists from Hizb ut-Tahrir were able to dominate and intimidate an entire university. In that case, the primary victims were not Jews but predominantly Muslims, primarily young Muslim women who were not wearing the veil. This is how it begins. The ending of this story is not a happy one—not for Jews, not for Muslims, not for anyone.

In this age of extremes, we need to be vigilant in defending academic freedom, which means zero tolerance for intimidation of any group of students. It means insisting that in student debates all sides are given a respectful hearing. It means refusing to allow universities or any other institutions to become homes for the intellectual organisation of political hatreds. If the report in today’s Times is to be believed, that includes Her Majesty’s parliamentary estate. If we do not, this will be the treason of the intellectuals of our time.