Rabbi Sacks Tackles Intolerance, Virtue, and the Pursuit of the Truth 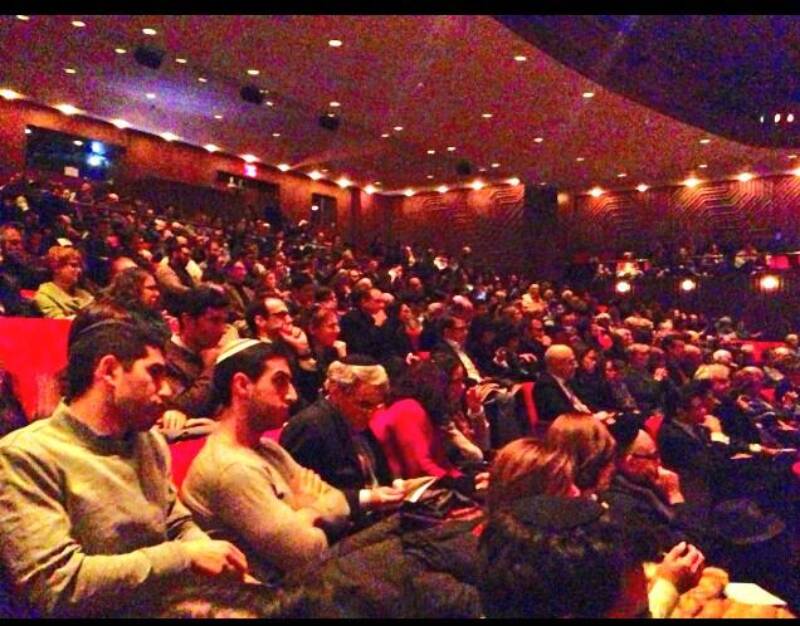 The talk was the first in a new lecture series named in memory of photographer Fritzi Weitzmann Owens, a Jewish Austrian who fled to safety in Muslim Albania during Nazi persecution before making a new life for herself in the United States.

The lecture was Rabbi Sacks’ first event as an NYU professor, a position he took on after his 22-year stint as Chief Rabbi of the United Hebrew Congregations of the Commonwealth came to an end last September. As Chief Rabbi, he was the spiritual leader of the majority of Orthodox Jews in Britain and the Commonwealth Nations, but his scholarly work and outreach from books to TV to radio have made him an influential voice in the broader Jewish community around the world.

After opening remarks by Linda Mills and Yehuda Sarna – two of the co-founders of the Of Many Institute along with Chelsea Clinton and Khalid Latif–NYU President John Sexton introduced Sacks’ talk by drawing on his own Catholic faith’s concept of ecumenism. An ecumenical approach to interfaith dialogue seeks to encourage understanding and unity among diversity, which Sexton called appropriate for NYU, “a community of communities.”

In wars of religion, past and present, Sacks then began, “The war is won with weapons, but the peace is won with ideas.” The idea he focused on as the key to a contemporary peace was a reconsideration of the assumptions made about the limits of interfaith dialogue.

According to Sacks, the major obstacle to interfaith dialogue is the tension that stems from an assumption that a religious person must consider members of all other faiths to be wrong in order for his or her own to be right. This “intolerance,” Sacks said, stems from a concrete Western historical reality – namely, that the moral concepts of Aramaic-speaking Jews like Jesus Christ were “lost in translation” when expressed in the Greek of Christianity’s formative years.

Exclusivity of virtue and truth had no place in ancient Jewish thinking, Sacks emphasized, pointing to “the most righteous man in the Bible,” the non-Jewish Job, as an example. The language of Jewish morality “has nothing to do with describing reality and everything to do with personal relations.”

The current age of “conflicts the likes of which we have not seen since the sixteenth-century wars of religion” needs to recover this ancient religious model, where truth is a creative moral act rather than an exclusive philosophical high ground, Sacks said. “And the university is the place to do that.”

After the lecture, Sacks joined Vice Provost Melody C. Barnes to discuss the practical application of his theoretical proposal. Barnes asked specifically about how to bring into the dialogue those who have felt excluded from the religious conversation. Remembering his own scholarly collaboration with an atheist professor, Sacks praised the idea of “argument for the sake of heaven,” where students’ “collaborative pursuit of truth” and “shared sense of the sacred” would serve to unite where specific religious beliefs perhaps would not.

But he also warned against diluting down religion: “At the beating heart of monotheism is the idea of God as wholly Other, and the human as wholly other, the radicalism of which we have failed to recognize.” By acknowledging the power of religion to introduce obligatory humility into the picture, interfaith dialogue becomes an easier task.

Sacks concluded by reminding the audience that the “greatest compliment” paid to the great Jewish leader Moses in the Bible is that he was called “servant of the Lord.” The common ground among students across the faith spectrum is in Moses’ title, Sacks said, which intertwines the concept of service with leadership.