Israel: The Heart of Judaism 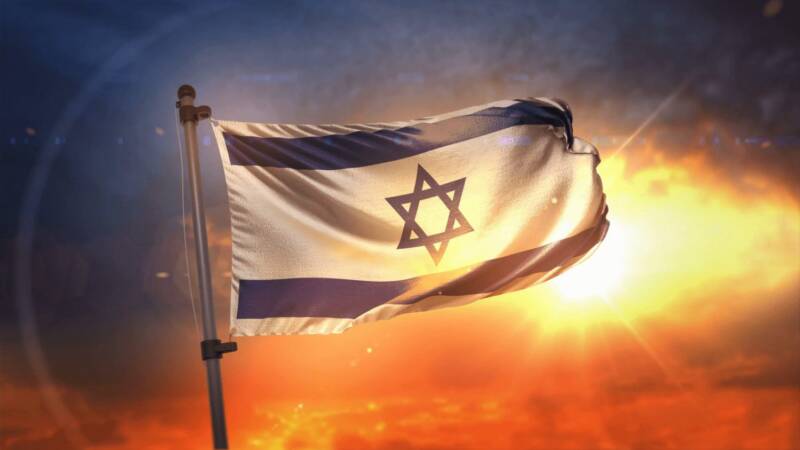 This article was first featured in the inaugural edition of HaMizrachi, published by World Mizrachi in April 2018

Seventy years since the establishment of the modern State of Israel is a fitting moment to remind ourselves of a mystery at the heart of Judaism.

Why Israel? Why does the Hebrew Bible so resolutely and unerringly focus on this place, what Spinoza called a mere ‘strip of territory’? The God of Abraham is the God of the whole world, a God unbounded by space. Why then does He choose any particular space, let alone one so small and vulnerable?

The question, ‘Why Israel?’ is the geographical way of asking ‘Why the Jews?’ The answer lies in the duality that defines Jewish faith and constitutes one of its most important contributions to civilisation. Judaism embodies and exemplifies the necessary tension between the universal and the unique, between everywhere in general and somewhere in particular.

If there were only universals, the world would consist of empires, each claiming the totality of truth and each demonstrating that truth by attempting to conquer or convert everyone else. If there is only one truth, and you have it, then others do not. They are living in error. That has been the justification of many crimes in the course of history.

If on the other hand there are only particulars – only a multiplicity of cultures and ethnicities with no universal moral principles to bind them – then the natural state of the world is a ceaseless proliferation of warring tribes. That is the risk today, in a post-modern, morally relativist world with ethnic conflicts, violence and terror scarring the face of many parts of the globe.

The Abrahamic covenant as understood by Judaism is the only principled way of avoiding these two scenarios. Jews belonged somewhere, not everywhere. Yet the God they worship is the God of everywhere, not just somewhere. So Jews were commanded to be neither an empire nor a tribe, harbouring neither universal aspirations nor tribal belligerence. Theirs was to be a small land, but a significant one, for it was there, and there alone, that they were to live their destiny.

That destiny was to create a society that would honour the proposition that we are all created in the image and likeness of God. It would be a place in which the freedom of some would not lead to the enslavement of others. It would be the opposite of Egypt, whose bread of affliction and bitter herbs of slavery they were to eat every year on the festival of Passover to remind them of what they were to avoid. It would be the only nation in the world whose sovereign was God Himself, and whose constitution – the Torah – was His word.

Judaism is the code of a self-governing society. We tend to forget this, since Jews have lived in dispersion for two thousand years, without the sovereign power to govern themselves, and because modern Israel is a secular state. Judaism is a religion of redemption rather than salvation: it is about the shared spaces of our collective lives, not an interior drama of the soul, though Judaism, in the books of Psalms and Job, knows this as well.

But because Judaism is also the code of a society, it is also about the social emotions: righteousness (tzedek/tzedakah), justice (mishpat), loving-kindness (chessed) and compassion (rachamim). These structure the template of biblical law, which covers all aspects of the life of society, its economy, its welfare systems, its education, family life, employer-employee relations, the protection of the environment and so on.

The broad principles driving this elaborate structure, traditionally enumerated as 613 commands, are clear. No one should be left in dire poverty. No one should lack access to justice and the courts. No family should be without its share of the land. One day in seven, everyone should be free. One year in seven all debts should be cancelled. One year in fifty all land that had been sold was to revert to its original owners. It was the nearest thing the ancient world had ever seen to an egalitarian society.

None of this was possible without a land.  The Sages said, ‘Whoever lives outside Israel is as if he had no God.’ Nachmanides in the thirteenth century said that ‘the main purpose of all the commands is for those who live in the land of the Lord.’ These are mystical sentiments but we can translate them into secular terms. Judaism is the constitution of a self-governing nation, the architectonics of a society dedicated to the service of God in freedom and dignity. Without a land and state, Judaism is a shadow of itself. God may still live in the heart, but not in the public square, in the justice of the courts, the morality of the economy, and the humanitarianism of everyday life.

Only in Israel can Jews today speak the Hebrew of the Bible as the language of everyday speech. Only there can they live Jewish time within a calendar structured according to the rhythms of the Jewish year. Only in Israel can Jews once again walk where the prophets walked, climb the mountains Abraham climbed and to which David lifted his eyes. Israel is the only place where Jews have been able to live Judaism in anything other than an edited edition, continuing the story their ancestors began.

The reborn State of Israel in a mere 70 years has surely exceeded even the highest hopes of the early pioneers of the return to Zion, and this despite the fact that it has had to face almost ceaseless threats of war, terror, delegitimation and defamation. Despite all this, it stands as a living testimony to Moses’ great command: “Choose life, that you and your children may live.”

May the light of the State of Israel, which shines a little brighter each year, continue to be a blessing, not just to the Jewish people, but also to the world.