Jonathan Sacks at 70: Reinventing Himself as the ‘Cartoon Rabbi’

Article published in The Times 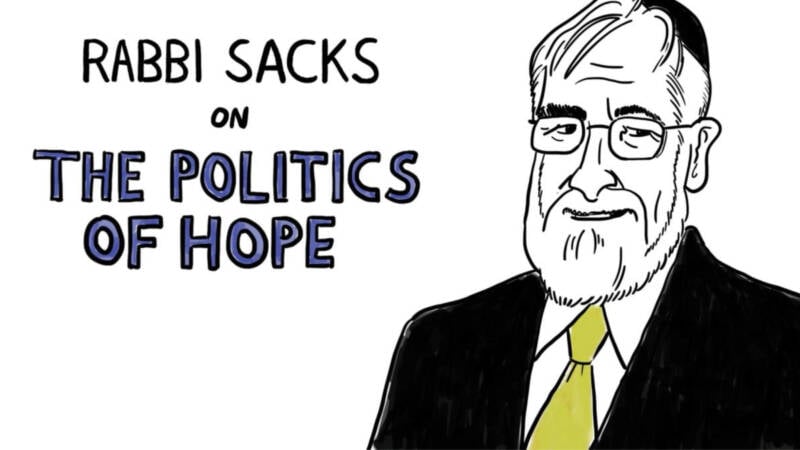 This article was written by Michael Freedland, published in The Times on 17th March 2018

Having celebrated his 70th birthday last week, Jonathan Sacks is maintaining his reputation as one of the world’s best-known Rabbis by launching several new projects to reach more people than ever.

“I’m moving faster and faster. I’ve got my rollerblades on,” he says. “We’re looking at as many creative possibilities as we can to use the internet and social media and use them for good, to use them for spiritual, moral purposes. It is the most effective way of communicating ideas.”

His latest project, which is being launched next week, is a free video download called Ten Paths to God. In it he discusses the Torah, the Commandments (Mitzvot), prayer, charity, and Israel. Rabbi Sacks will present the traditional view on each topic and then give his interpretation. He has also promised to answer questions posed by students and schoolchildren.

The course in English — with plans to launch versions in Spanish and Hebrew — has generated interest from synagogues and secular high schools throughout the world, he says.

His website is already being peppered with millions of hits from people viewing a series of “whiteboard animations” of Sacks talking about Judaism. Each video begins with a woman’s delicate hand sketching a caricature of Sacks. As he goes into his topic, subtitles, other faces and bodies appear, and buildings come alive.

His latest video, The Politics of Hope, about how religious leaders can engage with each other, has had more than 750,000 views. Previous broadcasts on Jewish identity had more than two million views. The next one will be on the relationship between religion and science.

One of the most popular posts featured Sacks performing a sketch redolent of the 1980s comedy series Alas, Smith and Jones, conversing in a random stream of consciousness with Ashley Blaker, who is styled as the only Orthodox Jewish stand-up comedian.

A spokesman for Sacks says that the idea behind the whiteboard animations was to unpack the core arguments of the Rabbi’s many books, so as to reach a generation who are not prepared to read a 400-page publication, but will watch a six-minute video.

Sacks is about to start work on a five-part BBC Radio 4 series, Morality in the 21st Century, which will be broadcast later this year. He will interview intellectuals and thinkers in public life and visit an artificial intelligence facility in the US. Sacks will then discuss these latest ideas on ethics and morality with groups of children at British schools around the country.

All these activities come on top of Sacks’ weekly podcast on his website that offers a commentary on the passage from the Torah that will be read in synagogues the next Sabbath. And he makes time to sit and speak in the House of Lords as Baron Sacks of Aldgate.

He has recently returned from a tour of Mexico after a visit to Philadelphia and Florida in which he gave 22 lectures. Wherever he walks, on the streets of New York or Tel Aviv, “fans” stop him to ask for a selfie.

He continues to write prolifically. In addition to philosophical works — averaging one a year — he has recently finished new translations from Hebrew of five prayer books for the principal Jewish festivals, each with his own commentary.

Now he is working on giving the same treatment to the Pentateuch, the first five books of the Hebrew Bible. It will be the first new edition in print since the Chumash in the 1930s by Joseph Hertz, one of Sacks’s predecessors as Chief Rabbi. He sees it as a five-year project and the translation alone is 40 per cent complete.

The man who served as Chief Rabbi of the United Hebrew Congregations of the Commonwealth from 1991 to 2013 celebrated his 70th birthday on 8th March. It is an important event in Judaism. The lifespan, “three score years and ten”, is mentioned in the Old Testament. Sacks says: “It was the age of King David when he died. Adam, of course, was 70 years short of his millennium. He only lived to be 930.” He gives a raucous laugh at that notion. However, he does not laugh too much when he recalls what the publisher George Weidenfeld said on his 92nd birthday: “You begin to see the door starting to close. [So] the older I get, the harder I have to work.”

How does Sacks cope with the inevitable mental strain of keeping up his prodigious output? “I have a gym upstairs, including various weights and a treadmill. And I walk a lot on Hampstead Heath — when it’s not too cold.”

I ask Sacks what he thinks of the community he once headed, which has recently been broiled in a controversy over Orthodox Jewry’s position on homosexuality.

He will say only this: “John Major said a very wise thing when he stopped being Prime Minister — ‘the time has come to leave the stage’. That strikes me as a very good philosophy. I have made it a point of honour to step outside the community. The present Chief Rabbi, Ephraim Mirvis, is a good man.”

Anglo-Jewry is fast becoming a different place, and, he argues, a better one. “One thing is sure, social media can make a community much stronger.”