Lifting others, we ourselves are lifted

“Kindness redeems fate from tragedy and the wonderful thing is that it doesn’t matter whether we are the giver or the recipient.” 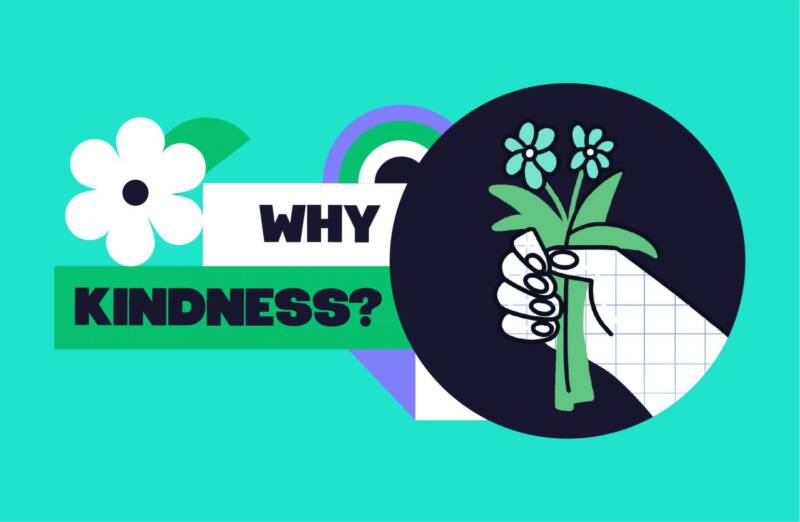 This is Mental Health Awareness Week, and its theme this year is kindness. Next week is the Jewish festival of Shavuot, Pentecost, when we read the biblical book of Ruth, whose theme is kindness. These two things coming together during this time of isolation made me see the book with new eyes and realise what a contemporary text it is though it tells of events more than 3000 years ago.

It begins with a couple and their two sons forced to leave home because of famine. They go to a foreign country where their two sons marry local women. Then tragedy strikes. All three men die. The woman, whose name is Naomi, is left a childless widow, the most vulnerable of all positions in the ancient world because there was no one to look after you.

She goes back home but is so changed that her former neighbours hardly recognise her. Can this be Naomi? They ask. Don’t call me ‘Naomi’, she replies – the word means pleasant. Call me ‘Mara’, bitter.

That is how the book begins: with bereavement, isolation, and depression. Yet it ends in joy. Naomi now has a grandson. Her daughter-in-law Ruth and relative Boaz have married and had a child. This is no mere child. In the last line of the book, we discover that he is the grandfather of David, Israel’s greatest king and author of much of the book of Psalms.

What transforms Naomi’s life from bitterness to happiness is described by the Hebrew word chessed. When, in the early 1530s, William Tyndale was translating the Bible into English for the first time, he realised that there was no English equivalent for chessed, so he invented one, the word lovingkindness. Two people’s lovingkindness, Ruth and Boaz, rescued Naomi from depression and gave her back her joy. That is the power of chessed, love as deed.

One of the enduring memories of the coronavirus period will be the extraordinary acts of kindness it evoked, from friends, neighbours, and strangers, those who helped us, kept in touch with us, or simply smiled at us. When fate was cruel to us, we were kind to one another. Human goodness emerged when we needed it most. And Mental Health Awareness Week reminds us that some need it more than most.

Kindness redeems fate from tragedy and the wonderful thing is that it doesn’t matter whether we are the giver or the recipient. Lifting others, we ourselves are lifted.