Marriage is a song for two voices in harmony 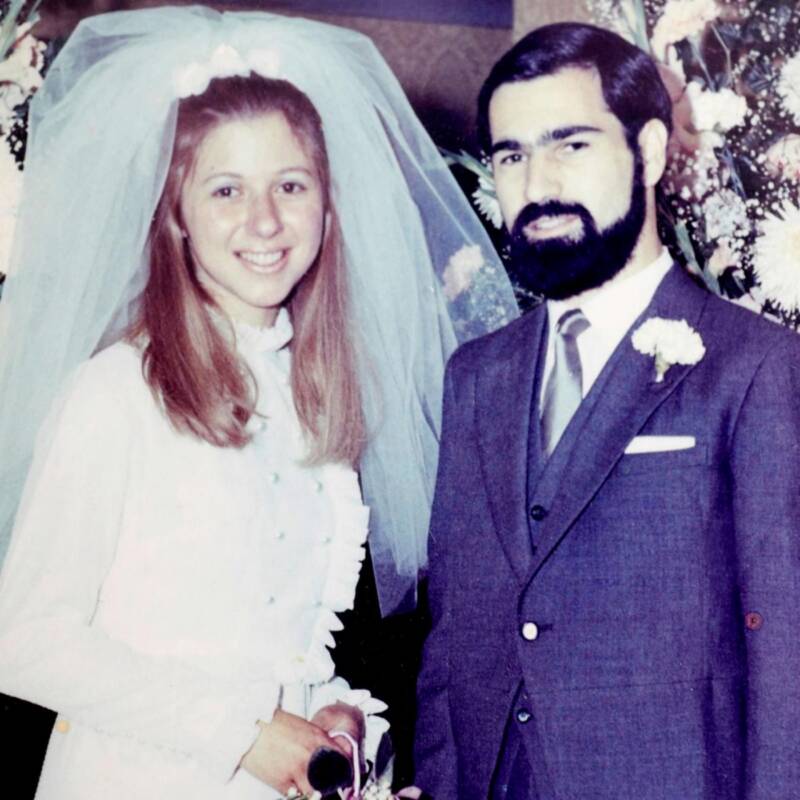 Elaine and I were married young. She was 21, I was 22. At that time we had no idea what life would bring. As the Yiddish saying has it: the one thing that makes God laugh is seeing our plans for the future.

I had gone to university to study economics. I then changed to philosophy. For a while I toyed with the prospect of becoming a barrister. After a short encounter, though, I concluded that the legal profession was meant for more exalted minds than mine. It took several years before I heeded the inner voice calling me to the rabbinate. During those years, Elaine – a radiographer – was the breadwinner, and I the (not very good) housekeeper.

Our life has had its twists and turns, its unexpected blessings and crises. But looking back, I know that whatever I have done I could not have done alone, and I try to say so as often as I can.

I don’t think we were unusual. For most of us life just is a long journey into the unknown. Rarely do we know in advance what the next bend will bring. The only certainty we had was that we would be there for one another, and it was enough, more than enough. We knew – and surely that knowledge is what marriage means – that we would find strength in the unspoken presence of love, come what may.

That made the hardest moments bearable. Looking back, you realise the power of that slender bond by which two people pledge themselves to one another, turning love into loyalty and a source of new life. We have paid a heavy price for misunderstanding one of the key words of the Hebrew Bible, emunah, usually translated as “faith”. Because the Bible entered Western civilisation through the medium of Greek, and because to the Greeks the highest vocation was the pursuit of knowledge, we have for centuries thought of faith as a kind of knowledge, intuitive, visionary perhaps, but cognitive. On this view, to have faith is to know, or believe, certain facts about the world.

That is not the Jewish view at all. Emunah is about relationship. It is that bond by which two persons, each respecting the freedom and integrity of the other, pledge themselves by an oath of loyalty to stay together, to do what neither can do alone. It means, not “faith” but faithfulness, the commitment to be there for one another especially in hard times. In human terms, the best example is marriage. In religious terms, it is what we call a covenant, of which the classic instance is the pledge between God and an ancient people, Israel, on Mount Sinai 33 centuries ago.

Faith is a marriage. Marriage is an act of faith. So, at any rate, the Prophets of Israel believed. To this day, Jewish men, as they bind the strap of their phylacteries round their finger like a wedding ring, recite the lovely words of God quoted by the Prophet Hosea: “I will betroth you to me in faithfulness and you shall know God.”

I find it hard to say how sad it is that marriage is in decline. It was and is the single greatest source of beauty in ordinary lives – moral beauty, a song scored for two voices in complex harmony. Marriage is the supreme example of a religious concept translated into simple human terms. Faith is the redemption of human loneliness through the sacred bond of love.