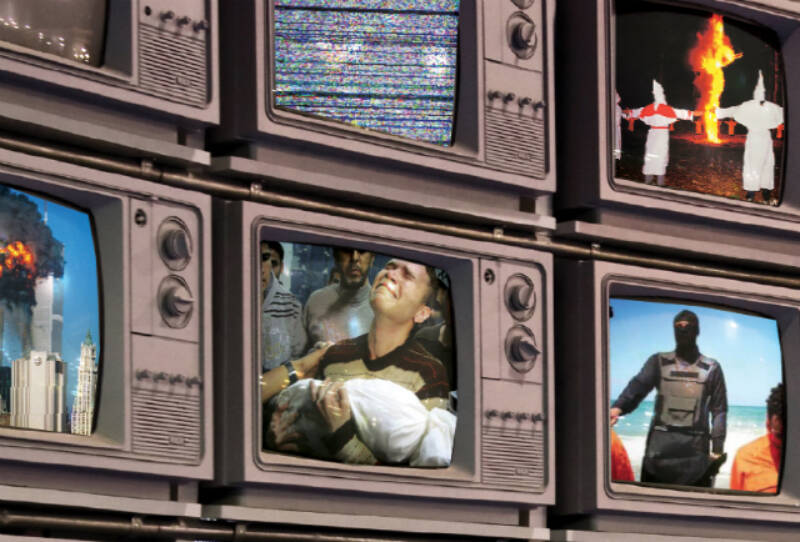 Violence in the name of religion affects hundreds of thousands of men, women and children each year.  A Pew Research Center Religion and Public Life Forum study released last year found that religious hostilities increased in every major region of the world except the Americas, with the sharpest growth in the Middle East and North Africa. In its survey of 198 countries, Pew found that 20 percent of these countries experienced religion-related terrorist violence in 2012, up from 9 percent in 2007. The prevalence of abuse of religious minorities saw a similar spike, occuring in nearly twice as many countries in 2012 as in 2007. Jews were harassed in 77 countries in 2013—a seven-year high—while members of the world’s two largest religions (Christianity and Islam) faced harassment in 102 and 99 countries respectively.

Given the rise of ISIS and other extremist groups since then, we expect these numbers to continue their alarming ascent. And so we ask: Is there something about religion that is inherently violent, or is it a myth that religion leads to violence? And since much of the contemporary religious violence in the news is connected to Islam, is this a Muslim problem—or a broader human one? We posed these questions to a wide-ranging group of thinkers.

“Since 9/11, we’ve had three basic responses to religious violence. Response one, by Richard Dawkins, Sam Harris, et al., is that religion is a source of violence, and therefore if you want to get rid of violence, the first thing you have to do is to get rid of religion. The second response, the religious one, says violence has nothing to do with religion. Violent men exploit religion: They use it, they manipulate it, but religion per se has nothing to do with violence. And the third response is, “Our religion is terrific, it’s their religion that’s the problem.”

“Each of those is palpably false. First of all, the idea that religion is the primary driver of violence is easily refutable by the standard work on warfare, Charles Phillips and Alan Axelrod’s Encyclopedia of Wars, which covers 1,800 wars in the course of history and shows that only 10 percent of them were fundamentally driven by religion.  So religion is not the major cause of violence in history.

“Secondly, the idea that religion has nothing to do with violence is equally absurd because to understand the violence of ISIS, for example, you have to understand its religious basis, and indeed its religious textual basis, and how religious texts are interpreted. And, thirdly, “Our religion good; their religion bad” neglects or overlooks a rather tragic history. Judaism and Christianity gave rise to violence of not dissimilar intensity in their time.

“In fact, I think that violence explodes in the form of religious civil war at the 1,500-year mark of each of the three Abrahamic monotheisms. It is like a clock ticking. It happened in Judaism in the 1st century, if we are to believe Josephus, who said that the inhabitants of the besieged Jerusalem were more intent on killing one another than on killing the Romans outside. That’s about 1,500 years into the history of Judaism. It happened in Christianity in the 16th century with the Wars of Religion, following the Reformation. That’s around 15 centuries into the history of Christianity. And on the basis of that magnificently wide sample of two, I predicted in 2002 that the 21st century would be the century of civil war within Islam, and I don’t think that was wrong. In a sense, all the Abrahamic monotheisms have faced it at the same stage in their development. It’s not, “Our religion good; their religion bad,” it’s that our religion got the bad out of the way before the other did.

“Violence stems from identity and groupishness, not from religion, and the only connection between that and religion is that religion is the most powerful creator of groups that humanity has ever devised. To this day it is more powerful than race, the nation-state and political ideologies. It is no accident that religion has emerged as a powerful force in a globalising age. So that is the connection between religion and violence. It’s bleak, it’s indirect, but it’s real.”