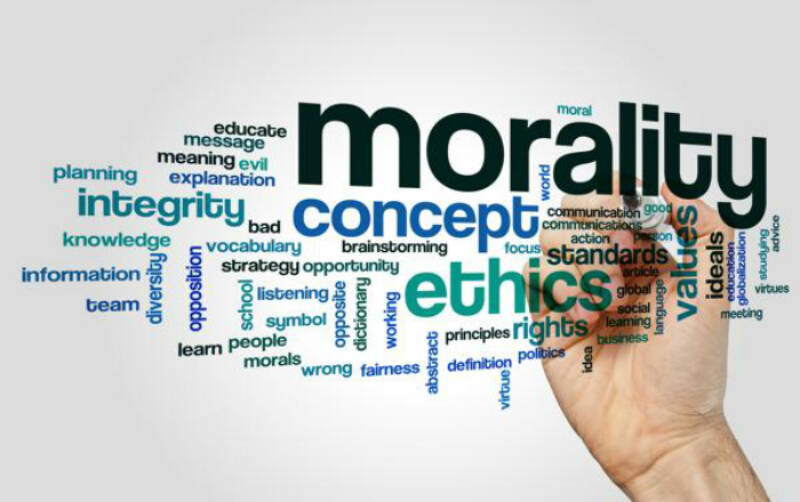 This article was first published in The Daily Telegraph on 1st September 2018.

What happens to national identity when everything holding a nation together disintegrates or disappears? What happens to society when the focus of a culture is on the self and its icon, the “selfie”? What happens when Google filters and Facebook friends divide us into non-communicating sects of the like-minded? And what happens to morality when the mantra is no longer “We’re all in this together”, but rather “I’m free to be myself”?

These were some of the questions that prompted me to undertake a five-part series on Morality in the 21st Century to be broadcast on BBC Radio 4 next week. It was thrilling to engage in dialogue with some of the finest minds in Britain and North America as well as with some stunningly articulate sixth formers from London and Manchester.

What emerged from this journey into the state of Western culture is that morality matters more than we commonly acknowledge. It’s all we have left to bind us into shared responsibility for the common good. Morality is our oldest and most powerful resource for turning disconnected “I”s into a collective “we”. It’s the alchemy that turns selfish genes into selfless people, egoists into altruists, and self-interested striving into empathy, sympathy and compassion for others.

It is no accident that the word “demoralisation” means what it does: a loss of confidence, enthusiasm and hope. Without a shared morality, we are left as anxious individuals, lonely, vulnerable and depressed, struggling to survive in a world that is changing faster than we can bear and becoming more unstable by the day.

One symptom of this was starkly revealed this week in the news that almost a quarter of 14-year-old girls in Britain had self-harmed in the course of a year. This is a deeply disturbing trend, but it will have come as no surprise to readers of iGen, the thoroughly researched study of American children born in or after 1995: the first generation to have grown up with smartphones. Jean Twenge, its author, is one of the participants in the radio series. She told me about her discovery that rates of self-ascribed life satisfaction among American teenagers plummeted after 2012, while depression and suicide rocketed upward. Again, it was girls who were the more vulnerable.

Her view is that social media and smartphone addiction have played a significant part in this pathology. Young people were spending between seven and nine hours a day on their phones. The result has been a loss of social skills, shortened attention spans and sleep deprivation, but, above all, anxiety. Seeing their friends’ posts, they are subject to Fear of Missing Out (FOMO) – and constantly comparing themselves with the burnished images of their contemporaries. iGen’ers, she says, are “scared, maybe even terrified”. They are “both the physically safest generation and the most mentally fragile”.

The second result, charted by another participant in the series, the American social psychologist Jonathan Haidt, is the assault on free speech taking place in university campuses. His new book, published next week, is called The Coddling of the American Mind, subtitled, “How good intentions and bad ideas are setting up a generation for failure.”

It tells of how the new ideas of “safe spaces”, “trigger warnings” and “no platforming”, despite their good intentions, can screen out from university life views and voices that fail to fit the prevailing canons of political correctness. This is being done in the name of the right not to be offended – a right that would have terrified George Orwell, whose dictum, engraved on the walls of the new BBC Broadcasting House, states: “If liberty means anything at all, it means the right to tell people what they do not want to hear.”

This is closely related to a third phenomenon playing an ever larger part in the liberal democracies of the West, namely identity politics. There was a time, until recently, when politics aspired to be about what is best for the nation. One of the lasting unintended consequences of multiculturalism is that we no longer think of the nation as a whole. Instead the electorate has been fragmented into a series of subcultures, defined by ethnicity, religion, gender or sexual orientation. These can easily become competitive interest groups, less concerned with the common good than with what is good for those-like-me.

Each group can be encouraged, by the mood of our time, to see itself as a victim and to identify an oppressor who can be blamed for their current predicament. This gives rise to a divisive and rancorous politics that divides society, like the dualisms of old, into the children of light and the children of darkness. It also provides a justification for the use of social media to manipulate public opinion by fake news and “alternative facts”. When it comes to defending your group against oppressors, people think that the end justifies the means.

These are dangerous tendencies at both an individual and collective level. You can see this in the spate of best-selling self-help books about anxiety and depression on the one hand, and, on the other, a string of books with titles such as How Democracies Die, The Suicide of the West and The Retreat of Western Liberalism.

What connects the personal and the political was given a name more than a century ago by the great sociologist Emile Durkheim. He called it anomie: a state of instability, in societies and individuals, resulting from the breakdown of a shared set of moral beliefs and attitudes. This would lead, he thought, to a rise in suicides as well as a loss of social cohesion.

Since the Sixties, we have come to believe that you can outsource morality to the market and the state. The market is about wealth, the state about power. The market gives us choices and the state deals with the consequences of those choices. Within those parameters we can do whatever we like so long as it does not directly harm others.

We are learning that this only works in the short term. In the long term, when all that matters is wealth and power, the wealthy and powerful gain and the poor and powerless suffer. That’s what has happened for at least a generation. Hence the anger and loss of trust that today divide societies throughout the West.

There is an alternative. Since civilisation began, morality has been humanity’s internal satellite navigation system as we have journeyed toward the undiscovered country called the future. It has taken different forms, but it is always about caring for the good of others, not just ourselves; about decency, honesty, faithfulness and self-restraint, treating others as we would wish to be treated. It’s the world of “we” not “I”.

While the market and the state are about competition, morality is about co-operation. It is born and sustained in families, communities, voluntary organisations and religious congregations. Altruism, Viktor Frankl taught us, is the best cure for depression. Virtue, as Aristotle noted, is the basis of strong societies. And we can each make a contribution. As Melinda Gates reminds us in the last programme of the series: change one life for the better and you’ve begun to change the world.

Morality is the redemption of our solitude. With it we can face the future without fear, knowing we are not alone.

You can listen to Rabbi Sacks’ BBC Radio 4 podcast series ‘Morality in the 21st Century’ on all podcast platforms. The podcast includes the five main programmes together with extended interviews with the contributors. To view all the material on the BBC Radio 4 website, please click here.