A Nail of Faith 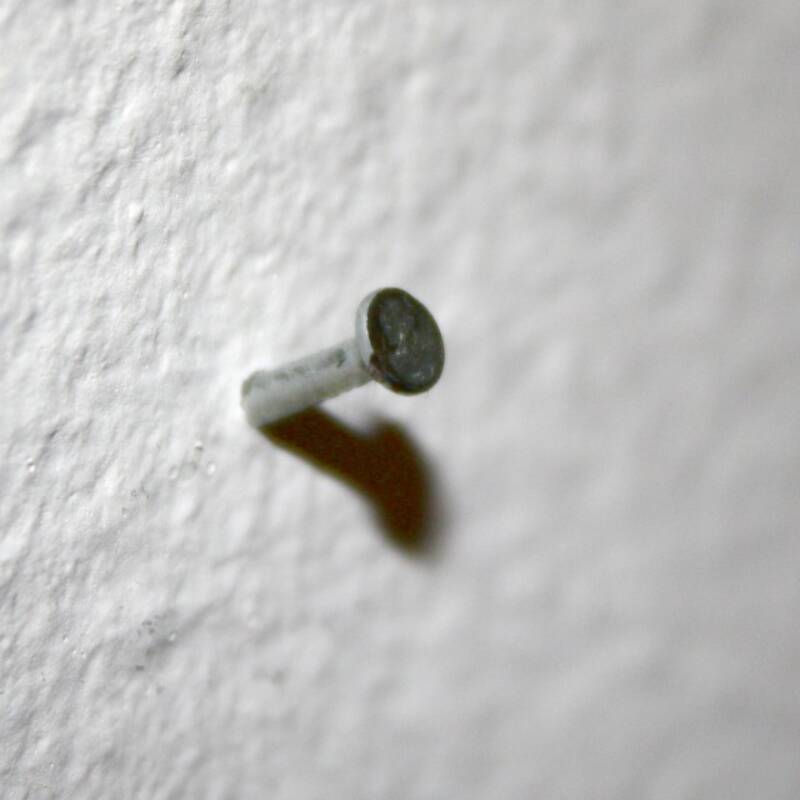 This is an extract from ‘Faith in the Future’, published in 1995.

Many years ago I built my ﬁrst succah. It was almost a catastrophe. It happened like this.

My wife and I were newly married and had just settled in to our new home. One morning, leaving the synagogue, a friend said, ‘I’m just off to the local timber yard to buy wood to build a succah. Would you like to come with me?’ Delightedly, I said yes. We didn’t have a car, and I had been wondering how to buy and transport the materials to make a hut. The offer was providential. We went back to his home to get the list of things he required.

The contrast between us, though, could not have been greater. The friend – who was later to become one of Anglo-Jewry’s great rabbis – was superbly organised. He had drawn up architectural plans for his temporary dwelling. It was to be a stand-alone structure with windows and a door, and it was going to require considerable skill in carpentry. He had made a long and precise list of the materials he needed, and was ready to begin.

I was shame-faced. I had no idea how to make anything, let alone a succah. In school, I had always come bottom of the class in woodworking, and when it came to practicalities, changing a light-bulb was the limit of my ability. Humbled, I followed him into the car hoping that inspiration would come.

In the timber yard, he rattled off his list of requirements and ended up with an impressive pile of beams and planks and hinges and screws. I settled for an impromptu list of a few sheets of hardboard, some wooden supports and a bag of nails. We went off to our respective homes and began hammering away.

Before the festival began we visited each other to see the results of our efforts. His was a thing of beauty, a summer house in which anyone could have faced wandering in the wilderness with equanimity. Ours was modest by any standards. I had joined the hardboard to the beams to make three square walls, nailed them to one another, and rested them against the back wall of the house. It looked like a large packing case. There was a hole for a door.

The festival arrived, and as luck would have it, there was a storm on the second night. The wind howled and blew itself into a gale. In the synagogue the next morning my friend sat dejected. His succah had blown down. ‘What’, he asked, ‘happened to yours?’

‘It’s still standing’, I said. He could hardly believe it. His elaborate tabernacle had been overturned while my makeshift hut survived.

‘I must come round and see it’, he said. ‘I don’t understand how any succah could have stayed standing after that storm.’ So we went to my home together to investigate the mystery. We soon found the answer.

Unlike his, our succah did not stand alone. It had three walls, and for the fourth we had rested it against the house. To stop it collapsing, I had joined one corner to the wall of the house with a single nail, and it was that nail which had held ﬁrm during the gale.

My friend laughed and said: ‘Now I understand the meaning of Succot. You can plan and construct the most sophisticated building, but if it is not joined to something stable, one day the winds will come and blow it down. Alternatively, you can make an improvised shelter which looks frail and probably is. But if it is joined even at only one point to something immovable, it will hold fast in the worst storm.’

‘That nail in the corner’, he said, looking at it with a smile I have never forgotten, ‘is faith.’