Why we all need Holocaust Memorial Day 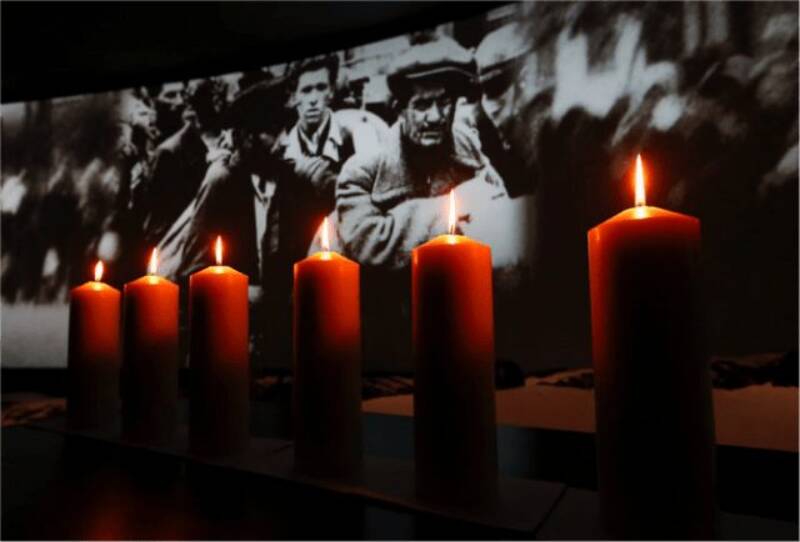 This article was first published in The Daily Telegraph on 27th January 2015.

Today, Holocaust Memorial Day, will mark the 70th anniversary of the liberation of Auschwitz. This year we will also remember the 12 people killed in the attack on the satirical magazine Charlie Hebdo in Paris, the murdered policewoman and the four customers in a Jewish supermarket, shot as they were shopping on the eve of the Sabbath.

Do we need Holocaust Memorial Day? That was the question Tony Blair, the then Prime Minister, asked leaders of British Jewry in 1999. It had been proposed that we have one for the UK and he wanted our opinion. We explained that we did not need it as Jews. We already have Yom HaShoah, our own memorial day, which falls soon after Passover in the Jewish calendar. Every Jew literally – or figuratively – lost family in the Holocaust. For us Yom HaShoah is a grief observed.

Jews were hated because they were different. The classic statement is Haman’s remark to king Ahasuerus in the book of Esther that there is a people scattered among the nations “who keep themselves separate; their customs are different from those of all other people” (Esther 3:8). Antisemitism is the paradigm case of dislike of the unlike. For a thousand years Jews were the archetypal Other: non-Christians in Christian Europe, non-Muslims in a Muslim Middle East.

But we are all other, different, unique. That is what makes us human. A society that has no room for difference has no room for humanity. The hate that begins with Jews never ends with Jews. Wherever you find antisemitism, there you also find a threat to liberty. No free society was ever built on hate.

Today antisemitism is rife in the Arab and Muslim world. Jews have been accused of almost everything: controlling America, dominating Europe, manipulating the economy, running the media, perpetrating 9/11 and all subsequent terrorist attacks, creating Aids, Ebola, the 2004 tsunami and global warming.

Four different myths have been created about the Holocaust. The Iranian version is that it didn’t happen: it was invented by Jews to further the aims of Zionism. Another is that it half-happened, and the pity is that Hitler did not finish the job. The third is that it happened and the Jews deserved it. The fourth is that it happened but now Jews are the new Nazis and Palestinians the new Jews.

This matters greatly, because antisemitism is only incidentally about Jews. It is fundamentally about a certain kind of cognitive dissonance within the cultures that give rise to it. It happens when their own self-image is contradicted by the world outside. Judeophobia was born around the year 95 when the Gospel of John called Jews children of the devil. It did not become murderous for a thousand years until 1096 when Crusaders on their way to liberate the Holy Land stopped to massacre the Jewish communities of Worms, Mainz and Cologne, initiating centuries of Christian persecution of the Jews.

That was when Christians woke up to the fact that they had been overtaken by Islam. Nazi antisemitism started after Germany’s defeat in the First World War and the humiliating terms of the Treaty of Versailles. Muslim antisemitism – as opposed to the negative statements about Jews in the Koran and Hadith – began in 1924 when the Ottoman Empire fell. Four years later the Muslim Brotherhood and Islamism were born.

Antisemitism makes cognitive dissonance bearable by turning the question, “Why has this happened?” into the question, “Who did this to me?” If it is someone else’s fault, not mine, I can preserve my self-respect. I become the victim not the perpetrator. Crimes against humanity then become holy deeds, done to avenge my people or my faith. That is what turns ordinary human beings into Crusaders in one age, Nazis in another, and suicide bombers and terrorists in a third.

As long as students are taught at madrassahs that Jews are the enemy of humankind, extremists will be condemning Islam, a noble faith, to self-inflicted injury for generations to come. To be free, you have to let go of hate. There is no other way.