We Need Morality to Beat this Hurricane of Anger 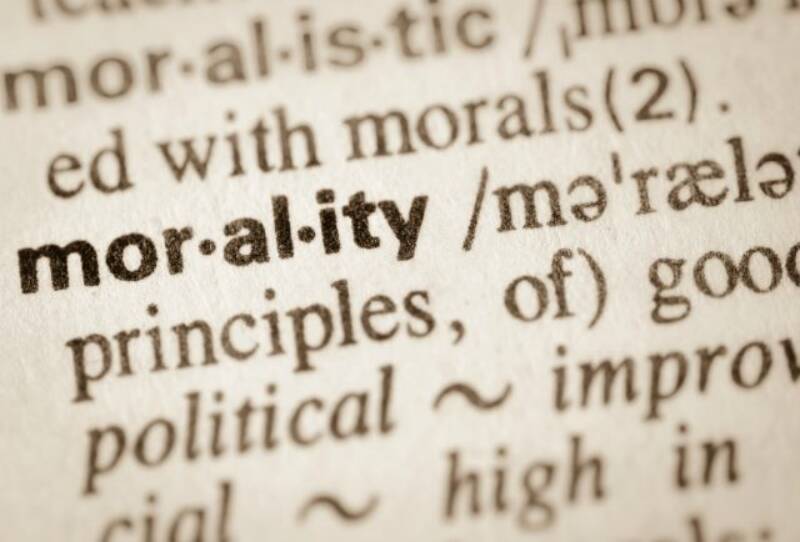 This article first appeared in The Daily Telegraph on 2nd July 2016.

The Prime Minister resigns. There are calls for the Leader of the Opposition to likewise. A petition for a second referendum gathers millions of votes. There is talk of the United Kingdom splitting apart. The Tory succession campaign turns nasty.

This is not politics as usual. I can recall nothing like it in my lifetime. But the hurricane blowing through Britain is not unique to us. In one form or another it is hitting every western democracy including the United States. There is a widespread feeling that politicians have been failing us. The real question is: what kind of leadership do we need to steer us through the storm?

There is anger at the perceived impotence of governments to control the spread of extremism and terror. There is a widespread feeling that the world in the twenty-first century is running out of control. This has led in France, Greece, Austria, Hungary and Poland, to a resurgence of the Far Right. Elsewhere there is an emerging alliance of the Far Left and radical political Islam. These are dangerous forces, the Far Right seeking a return to a golden age that never was, the Far Left in pursuit of a utopia that will never be. They are both enemies of freedom.

Meanwhile figures have emerged like Nigel Farage and Jeremy Corbyn in Britain, Donald Trump and Bernie Sanders in the United States who are essentially anti-political politicians, populists whose appeal is that they channel widespread anger at the existing elites. Anti-political politicians raise expectations that cannot be met. When reality bites, the anger becomes deeper and darker.

The problems facing the West are real and serious, the results of the massive dislocations of the global economy, the information age, instantaneous worldwide communication and the outsourcing of production and services to low-wage economies.  What makes them so intractable is the fact that they are global and long-term, while our best political institutions are national and focused on the immediate future.

The European Union and the United Nations have lamentably failed to lift horizons from the here-and-now of national self-interest to long-term global responsibility. W. B. Yeats’ vision has come to pass. The centre no longer holds. Things fall apart. Anarchy is loosed upon the world.

But there is something deeper behind the dysfunctional politics of the contemporary West. For the past half century we have been living through one of the great unstated social experiments of all time. We have tried to construct a world without identity and morality. Instead we left it to two systems to deal with the problems of our collective life: the market economy and the liberal democratic state.

Morality has been outsourced to the market. The market gives us choices, and morality has been reduced to a set of choices in which right or wrong have no meaning beyond the satisfaction or frustration of desire. We find it increasingly hard to understand why there might be things we want to do and can afford to do, that we should not do because they are dishonourable or disloyal or demeaning: in a word, unethical. Too many people in positions of public trust have come to the conclusion that if you can get away with it, you would be a fool not to do it. That is how elites betray the public they were supposed to serve. When that happens, trust collapses and a civilisation begins to decay and die.

Meanwhile the liberal democratic state abolished national identity in favour of multiculturalism. The effect was to turn society from a home into a hotel. In a hotel you pay the price, get a room, and are free to do what you like so long as you do not disturb the other guests. But a hotel is not a home. It doesn’t generate identity, loyalty or a sense of belonging. Multiculturalism was supposed to make Europe more tolerant. Its effect has been precisely the opposite, leading to segregation, not integration.

The market economy and the liberal democratic state are two of the West’s greatest achievements, but without a strong sense of identity and morality, they will fail. To turn crisis into opportunity, we must recover the central insight of our great religious and civic traditions, that society is woven out shared ideals. Confident in our identity, we can welcome and integrate new waves of immigration. Strong in our moral sense, we can build businesses that strengthen communities.

The choice is stark. Fail, and we will have the politics of anger and decline. Succeed and Britain may yet again become an example to the world.