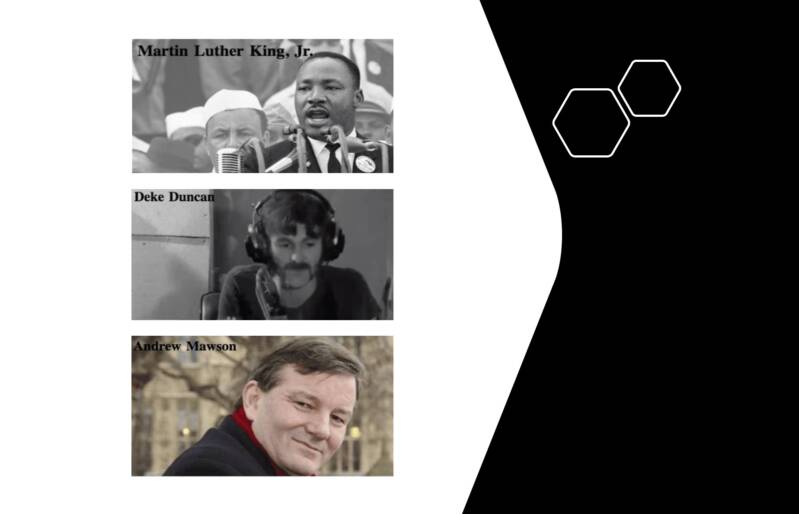 There was a great story in the news this week about a man who for 44 years, every Sunday, has been broadcasting his own radio show to an audience of one: his wife. He’d dreamed of being a DJ but it never happened, so he created a studio in the garden shed of his home and broadcast to his living room. Sometimes when his children were there his audience would rise spectacularly to 4. Now, though, his dream is about to come true because the BBC is going to air his programme for an hour on local radio on Christmas day.

The story resonated with me because it reminded me of a remarkable man I met some years ago, Andrew Mawson. He was the minister of an old, declining church in Bromley by Bow in London’s East End, which he’d transformed into a dynamic community centre with crèches, a nursery, a school, a combined arts and health centre, a restaurant and much else. But what interested me wasn’t just what he’d built, but the way he’d changed lives.

He’d walk around the neighbourhood, meeting people, having coffee with them, finding out their dreams, and helping them realise them. He told me about one young man who’d left school with no qualifications but who had always wanted to run a radio station. Andrew persuaded a big corporation to back the project, and together with other young people they created what they called 3BC, Bromley by Bow Centre. This inspired them to acquire new skills and go out into the world with newfound confidence. Andrew changed lives by listening to people’s dreams and taking them seriously.

In this age of artificial intelligence people sometimes ask me what makes us human, and I reply: the ability to dream. We have the unique capacity to imagine a future different from the present, and act to bring it about. From Joseph in the Bible, who dreamed dreams and interpreted the dreams of others, to Martin Luther King, whose greatest speech was ‘I have a dream,’ heroes of the human spirit have taken dreams seriously and used them to widen our horizons of possibility.

The prophet Joel foresaw a time when “your old people will dream dreams, and your young will see visions.” The ability to dream and the gift of finding people who help us realise our dreams are what liberate us from the prison of fate. So never take dreams lightly. They are our route from the depressing world that is, to the hopeful world that might yet be.