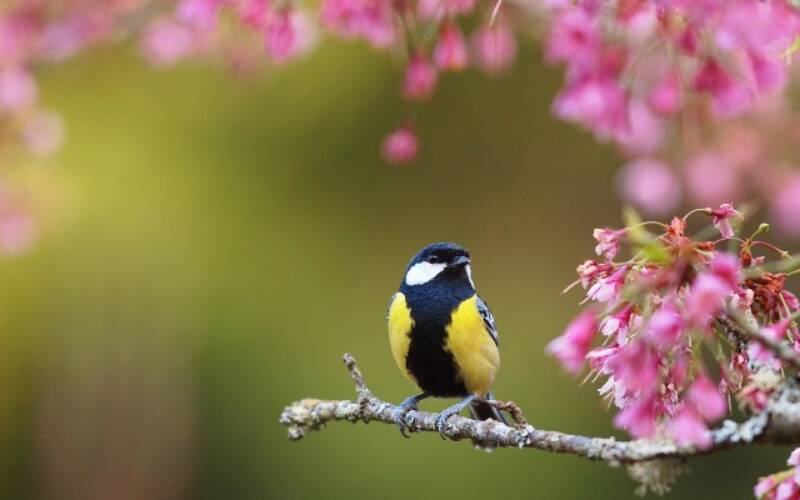 Amid the doom and gloom of yesterday’s news, one stray item caught my eye. It was headed: “Darwin wrong about birds and bees,” and it was about birdsong.

A century and a half ago, Darwin argued that birdsong was all about sexual selection. It was males who did the singing, hoping to make female birds swoon at hearing the ornithological equivalent of Justin Bieber, giving the most tuneful males a better chance of handing on their genes to the next generation.

Well, it turns out to be not quite like that after all, because scientists have now discovered that female birds do almost as much singing as the males, and it has less to do with sexual selection, than with simply saying: I’m here.

The reason the story caught my eye was that after stepping down as Chief Rabbi last summer, I’ve gone back to my first love, which is teaching. I’ve just spent six weeks doing that in New York. Which meant that I missed the British rain, and instead found myself deep in the snow of the coldest New York winter in living memory.

Rarely has coming back felt more magical, to be greeted by the first auguries of spring, crocuses in the grass, blossoms on the trees, and best of all hearing the dawn chorus from my bedroom window. That was when I realised that what I’d missed was the birdsong, something you don’t hear in downtown New York above the hooting taxis, speeding cars and the sheer pace and pressure of life. And suddenly it felt like an epiphany, like all those psalms that speak of creation singing a song to the creator, and the wonderful closing line of the last psalm of all: Let everything that breathes praise the Lord.

I think we miss something essential when we take Darwinian selection to be more than a law about biology, and turn it into a metaphor for life itself, as if all that matters is conflict and the struggle to survive, so that love and beauty and even birdsong are robbed of their innocence and reduced to genetic instincts and drives.

Wordsworth was surely right when he spoke about the power of nature’s beauty so to lift us “that neither evil tongues, rash judgments, nor the sneers of selfish men… Shall e’er prevail against us, or disturb Our cheerful faith, that all which we behold is full of blessings.”

Not all is wrong in a world where birds sing for the joy of being alive.