Princes Prove they Understand the Real Meaning of Beauty 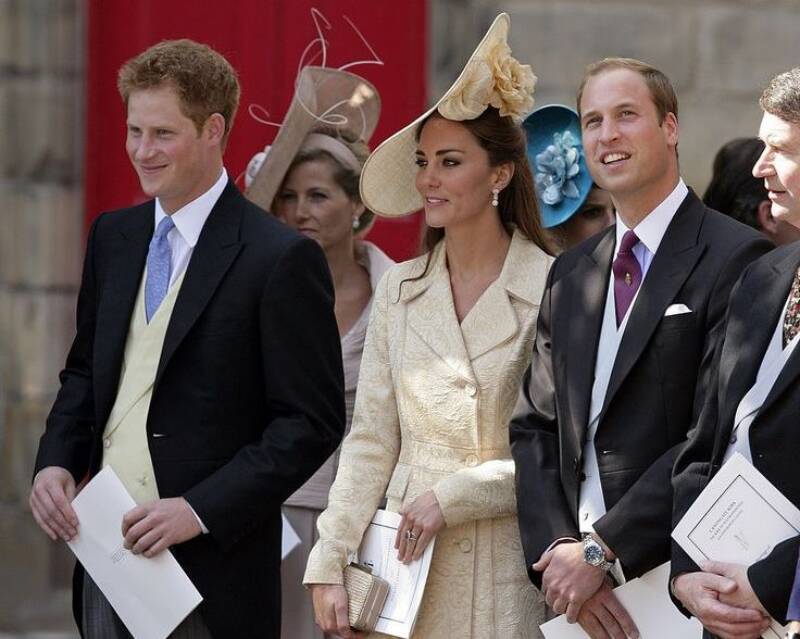 Here’s a delightful story. At the recent wedding of Zara Phillips and Mike Tindall, the bride’s cousins, Princes William and Harry, read an extract from Margery Williams’ classic children’s story, The Velveteen Rabbit.

A toy rabbit and horse are having a conversation. The rabbit asks the horse what it means to be “a real person”. The horse replies that it means being loved. “It doesn’t happen all at once. You become. It takes a long time. That’s why it doesn’t happen often to people who break easily, or have sharp edges, or who have to be carefully kept.”

I confess that I had never heard of either The Velveteen Rabbit or Margery Williams before, but I found myself moved by the very adult sentiment in those words. Hollywood still tells the same tale in children’s movies like Toy Story and Shrek, which is why they speak to parents as well as children. Love transforms. It makes us beautiful in the eyes of those who love us. It makes us real.

There is an amusing debate in the Talmud between the two great academies in the late Second Temple era, the schools of Shammai and Hillel. The followers of Shammai were known to be brilliant and insightful but also stern and unbending. The Hillelites were more modest and gentle and because of that, the law was generally decided in their favour.

On one occasion they were debating the question of how, at a wedding, one should sing the praises of the bride. The Hillelites said, one should sing, “The bride is beautiful and gracious.” The disciples of Shammai objected. “But what if she isn’t? Will you tell a lie?” The Hillelites replied, in effect, that it cannot be a lie because in the eyes of her husband on the day of their wedding, the bride is certainly beautiful and gracious.

That is the great truth at the heart of the Abrahamic faith. God’s love makes us beautiful in His eyes – and in ours when we see ourselves reflected in His. That is what makes us real: not physical beauty which fades over time, but spiritual beauty which can grow over time.

Every morning except for Sabbath and festivals Jewish men put on tefillin, leather boxes and straps, fulfilling the biblical command, “You shall bind them as a sign on your hand, and they shall be as frontlets between your eyes” (Deut. 6:8). Tradition sees this as a gesture of love in the spirit of The Song of Songs (8: 6), “Set me as a seal upon your heart, as a seal upon your arm.”

No less profound is the thought that “you can’t be ugly, except to people who don’t understand.” That’s what xenophobia – racism in its various forms – usually is: a failure of understanding. Which is why the Hebrew Bible so often says: Love the stranger because you know what it feels like to be a stranger. If both sides of a conflict could put themselves genuinely and deeply in their enemy’s place, seeing the world through his or her eyes, they would find their dispute easier to resolve. Not easy but easier than it is when we see all the beauty on one side, all the ugliness on the other.

One reason we find children’s stories childish is that, in them, things work out the way we hope they will. The good win, the wicked are vanquished and the heroes live happily ever after. Life isn’t like that, we tell ourselves. But it could be less unlike it than it is. Which is why it is not naive to see the world through the eyes of love, for that is how God sees us.