Promoting the compatibility of science and religion in Israel (Jerusalem Post) 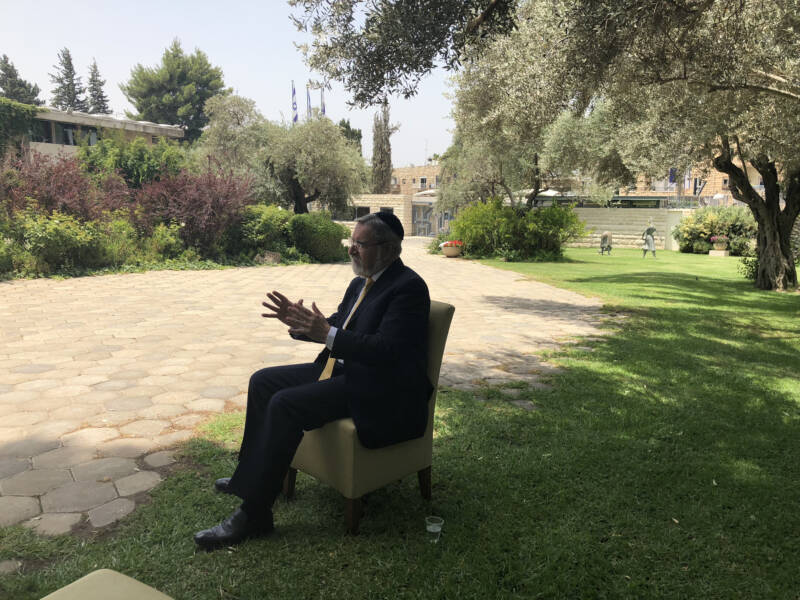 Former Chief Rabbi of the UK, Jonathan Sacks, will arrive this week to promote the newly published Hebrew-language version of his book The Great Partnership: God, Science and the Search for Meaning.

Sacks will speak at the General Assembly of Jewish Federations of North America and give a lecture at the Great Synagogue, both in the capital, and conduct public conversations in Hebrew with Rabbi Yuval Cherlow at Bar-Ilan University in Ramat Gan and Dr. Micah Goodman at the Begin Heritage Center in Jerusalem.

His book, The Great Partnership, was born out of a desire to counter the prevailing societal conversation in the UK which, according to Sacks, was in terms of belief increasingly dominated by proponents of atheism such as Prof. Richard Dawkins.

In particular, the Rabbi has sough to advocate that ideas of religious belief, and the tenets of Judaism in particular, do not contradict the principles and findings of modern science.

The purpose of translating his book into Hebrew, he says, was to provide a voice to the Israeli public that makes the argument that science and religion are not mutually exclusive, something which Sacks believes has been missing from the debate in the country.

“To believe in God or to have faith does not mean that our critical facilities are silenced,” says Sacks in his book.

“Nor does it compel us to read religious texts such as Genesis literally and reject science. We need both religion and science – they are two essential perspectives that allow us to see the universe in its three dimensional depth.”

A separate theme which Sacks has emphasised in recent years is that of leadership. In coming years, he says, he plans to devote time to engaging with and inspiring the next generation of leaders within the Jewish community and beyond.

On Tuesday night, the Rabbi will take up another of his central ideas, that of preserving Judaism’s relevance for all Jews, while speaking at the Great Synagogue in Jerusalem.

Sacks has expressed concern for the parallel phenomenons of ongoing assimilation and intermarriage, along with what he describes as “inward-turning, segregationist Orthodoxy,” and says that this has led to a “shrinking centre” with fewer meeting points for the two sides and therefore increasing divisiveness.

This article was published in The Jerusalem Post on 11th November 2013.