Rediscovering the Common Good, Passover in isolation, and Lessons from a Gulag Survivor 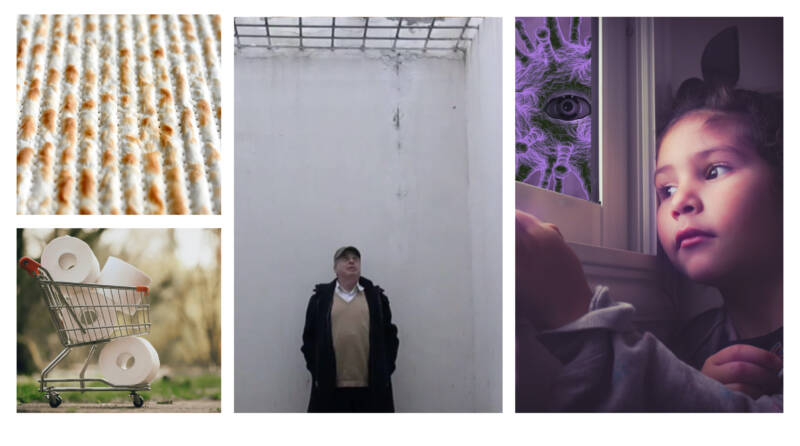 This article also appeared in the New Statesman

For perhaps the first time in 32 centuries, Jews around the world will be unable to celebrate the festival of Pesach with their extended families.

The coronavirus crisis has brought out the worst and the best in people. We’ve seen the worst in the panic-buying and hoarding that has left supermarket shelves bare, painkillers unavailable, and the elderly and vulnerable feeling even older and more helpless. Some people are ignoring government guidelines on social distancing, and we are all suffering as a result.

But it has also brought out the best, and a level of community spirit we haven’t seen in a long time. Our local synagogue, for instance, has been dazzling in the help it has offered members: doing their shopping, getting their medicines, providing them with company over social media, and giving them multiple opportunities to join communal prayers and study sessions online. I suspect most religious communities throughout the country have been doing much the same thing, as have neighbourhood groups and other associations.

Several streets close to my home have formed WhatsApp groups of all the families living there, so that people can ask each other things like, “I’m going shopping. Is there anything you need?” Our eight-year-old granddaughter, taking care to keep her social distance, knocked on all the doors in her street and said, “We’re from number 12. If you need anything, just knock on our door.” This was further proof of the joys of being a member of the best club in the world: that of proud grandparents.

When you write a book about contemporary society, you never know whether it will still be relevant by the time it’s published. That was the concern I had about my new book, Morality: Restoring the Common Good in Divided Times. It has turned out, though, to be more timely than I could have wished. What we have seen these past few weeks has been a precise playing out of the key terms of the book: “I” versus “we”.

My argument is that we have become a hyper-individualistic society, and we need to build into our culture a greater concern for the welfare of others. The bad behaviour of recent weeks has been by people who put themselves and their families first without thought for others. The heroic behaviour, by doctors, nurses, other healthcare workers, people filling supermarket shelves, teachers who keep going using Skype or Zoom, and the more than half-a-million volunteers assisting the National Health Service, has all been about service to the common good. Rarely has it been clearer what we lose by focusing on the “I” and gain by caring about the “we”.

When this is all over, society will emerge with a stronger sense of “we”. This experience has included the “we” of humanity, knowing that virtually every country has been exposed to the same risk at the same time; the “we” of nation, each country relying on its own resources to deal with the crisis; and the “we” of community, as neighbourhoods and congregations have pulled together as never before.

Usually it takes war to bring about this degree of social solidarity. The one consolation of the present crisis is that it wasn’t war this time.

Given the degree and length of the isolation most of us will have to go through it seemed sensible to turn to one of the great experts in surviving isolation, the former Soviet dissident Natan Sharansky. Sharansky was imprisoned in a gulag for nine years between 1977 and 1986, half of it in solitary confinement. He has now released a YouTube video explaining how he stayed sane and cheerful throughout that time.

He had five pieces of advice for us. First, see yourself as part of the war, in this case against an invisible enemy; the struggle depends on you.

Second, don’t depend on things that are not under your control – in this case, how long the pandemic will last. Focus on the things that depend on you – for instance, reading a book you have always wanted to read but could never find the time for.

Fourth: don’t give up on your hobbies. He spent much of his time playing games of chess in his head. It kept his mind active and sharp.

Fifth: feel a sense of connection. We Jews, he said, were scattered around the world yet we felt like one people. You can feel connected even if physically you are separated.

The Road to Freedom

As often happens, Easter coincides with Passover, the Jewish festival of freedom. But this year Elaine and I, along with Jews around the world, feel anything but free. Passover is a moment for the extended family. We, along with guests, re-enact the story of our beginnings in the days of Moses, when our ancestors were slaves in Egypt, and God took us to freedom: a narrative story of how the supreme power intervened in history to liberate the supremely powerless. It’s the most fundamental of all Jewish festivals, a fact re-emphasised for me when I went to see Leopoldstadt, Tom Stoppard’s latest play, about a highly assimilated Jewish family in Vienna. Stoppard has written into the play a verbatim extract from the Seder night service itself, including the famous question asked by the youngest child present: “Why is this night different from all other nights?”

Recently I’ve been asking myself: why is this year different from all other years? For perhaps the first time in the 32 centuries since the days of Moses, Jews around the world will be unable to celebrate the festival with their extended family. Many, especially the elderly, will be on their own. For a religion focused around the family, this is truly painful. But this at least we know, that the food we eat – the unleavened bread of affliction and the bitter herbs of slavery – are all too appropriate in a world, like ancient Egypt, smitten by a plague of biblical proportions. And we know this too: the Passover story begins with suffering but ends with hope.