Reflections: One year on (published in The Jewish Chronicle) 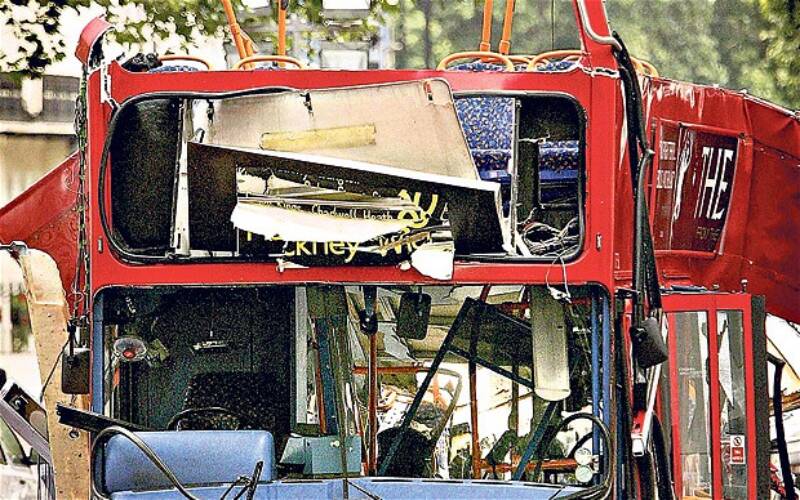 A year after 7/7, the day suicidal terror came to London, our first thoughts must be with the victims and their families. We grieve for those whose lives were cut brutally short. We pray for the injured and bereaved. They have suffered wounds, physical and psychological, that may never heal. Experts estimate that at least 1,000 people affected by the blasts could today be suffering from full post traumatic stress disorder.

Ours is an age of short attention spans. Events like 7/7 capture the eyes and ears of the world. Then something else happens, somewhere else. The news moves on. But the human pain remains. For the past three years, with the Shabbaton choir, Elaine and I have been on missions to bring music to terror victims in Israel. We have been moved beyond words by their courage. Yet we have wept for the sheer mindless barbarity of the acts that left these scars that will never fully heal.

A year on, where are we? The first thing to remember is how calm the public remained. Politicians and the police knew that a terror attack on London was inevitable after the tragedies of 9/11, Bali, Istanbul, Beslan and Madrid. What they feared was not only the event itself – the deaths, the injuries, the undermining of confidence in the security of everyday life – but also its repercussions. There was genuine fear that a wave of anger might sweep over Britain, leading to retaliatory violence in cities where ethnic and religious tensions were already high and combustible.

It didn’t happen. Britain grieved with quiet dignity. The multi-ethnic crowd that gathered in Trafalgar Square to remember the victims was united in grief. There was no anger. Crisis tests the underlying health of an organism. London was tested and found strong. This was Britain at its best.

The devastating discovery, however, was that the suicide bombers were not outsiders to Britain. They were born and educated here. Three of the four had grown up in Leeds. The fourth had spent his teenage years in Huddersfield. Mohammad Sidique Kahn, the leader of the group, was a primary school teacher, liked and trusted by his colleagues.

In his recent book, “Man in the Shadows,” ex-head of Mossad Efraim Halevy argues that this makes the London bombings potentially the most serious of all the terrorist attacks since 9/11. Terror does not necessarily come to a society from outside. The virus can be incubated from within. Nor does it come from the unemployed, the disaffected, people with a reason to feel resentful. We now know, as a result of many research studies, that there is no specific sociological background or psychological profile that would allow us to identify in advance a potential suicide bomber. Terror gives no warning before it strikes.

What guidance do Judaism and Jewish history give in such circumstances? The first is that there is and can be no religious justification for terror. The Torah states this in the most dramatic possible way, near to the beginning of its story of the birth of civilisation. In the days of Noah, God saw a world “filled with violence.” In words of still-reverberating power it says that God “regretted that He had created man on earth and His heart was filled with grief.”

This surely is self-evident. Yet Professor P A J Waddington of Reading University has pointed out that the London bombings were followed by a series of evasions: denial of responsibility (the bombers were victims of alienation), blaming the victim (Londoners were collectively guilty for the war in Iraq), and denial of injury (the number killed on 7/7 were a handful in comparison to those who have died in Afghanistan and Iraq).

This is relativism run wild, a wilful obfuscation of the principles of moral responsibility. Free societies are not defeated by terror, but they begin to die when they lose their moral sense. As long as excuses are made for terror, freedom itself will remain at risk.

The second issue, of real consequence for the future of European societies, is the way domestic institutions – campuses, professional groups, charities and NGOs – are being hijacked for highly sectarian political ends. One after another, they are being turned into pressure groups designed to influence the government’s foreign policy through a combination of threat, intimidation, boycotts and the creation of an atmosphere of fear.

In this regard, 7/7 was the extreme end of a spectrum of activities that are undermining the very fabric of one European society after another. We have now reached a situation in which conflicts far away have been imported into Britain, poisoning the atmosphere of trust and civility on which a liberal democracy depends.

In this, the 350th anniversary of British Jewry, we have had reason to reflect on the wisdom of Jeremiah’s advice 26 centuries ago: “Seek the peace of the city to which you are exiled and pray to God on its behalf, for if it prospers, you too will prosper.” Every minority has a duty to honour the interests of the wider society of which it is a part, for its freedom and security are the guarantors of ours.