Religion isn’t about power but about the powerless 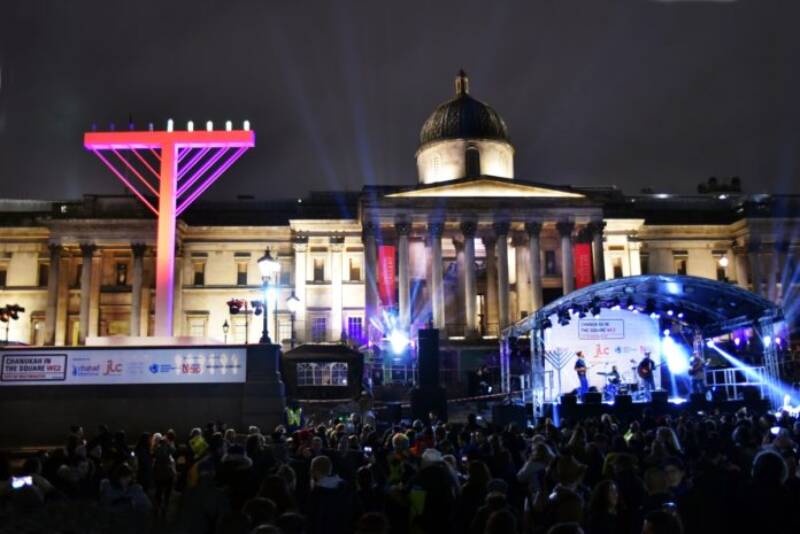 This week we’ve been celebrating Hanukah, the Jewish festival of freedom, and what a week it’s been. On Monday night, together with thousands of people, we had a Hanukah ceremony in Trafalgar Square, with choirs, a rock band, and chocolate coins for the children. And I thought, this would have been inconceivable even a generation ago. So haunted have Jews been by a history of prejudice and persecution, that we often used to hide our identity in public; and yet here we were sharing our joy with others, with confidence and pride.

On Tuesday together with Jewish and non Jewish members of the metropolitan police, we lit candles in Scotland Yard, and I recalled the extraordinary remark I heard some years ago from one of the people who’d been rescued from Nazi Germany by kindertransport, the operation that saved 10,000 Jewish children in 1939. She spoke of the shock of freedom she felt when she realised that in Britain a policeman might be not an enemy but a friend.

Last night we lit candles in the speaker’s residence in the House of Commons, and again I had that same feeling, remembering that not until 1859, two centuries after Jews returned to Britain, could someone of our faith be admitted as a member of parliament. These are, by any historical standards, extraordinary times, and this, a remarkable country. There are few places in the world where the leaders of our many faiths are such close personal friends, and where minorities have the confidence to share their celebrations with neighbours and strangers.

So when the results of the census came out this week, showing that there are six million fewer religious believers than there were ten years ago, but that the minority faiths are getting stronger, I thought: perhaps heaven is summoning us to a deep and difficult truth, that all religions are at their best when they are a minority voice, when they have influence but not power, when they make space for people whose views are different from their own, when they offer others their stories and songs, hospitality and food, seeking nothing in return.