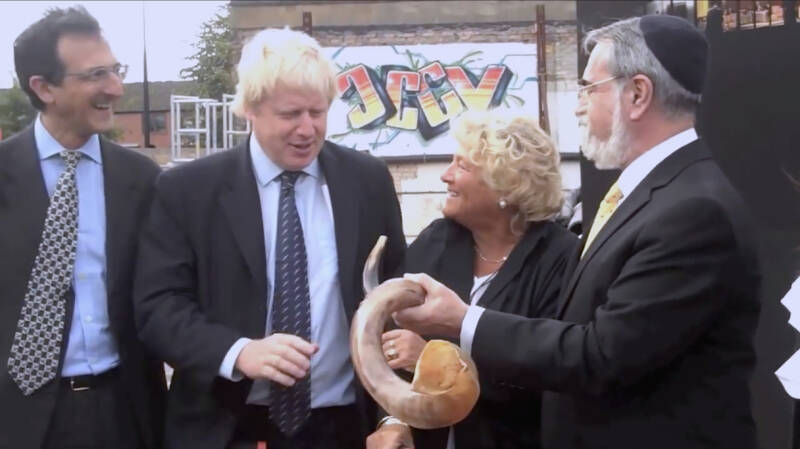 Tonight is Rosh Hashanah, the Jewish New Year, the Festival that celebrates the anniversary of creation, the moment God said “Let there be,” and there was.

So it was with a wry smile that I read the headline last week about scientist Stephen Hawking who said: we don’t need God to explain creation.  The universe created itself.

If this sounds like a new challenge to religion, it isn’t.  It is one of the oldest of all. For more than 2000 years until relatively recently, there was a much bigger challenge to the idea that God created the universe.

It came from the philosopher Aristotle, who held that there was no creation, because matter is eternal.  There never was a beginning to the universe.

It was only in 1964, that Arno Penzias, who as a Jewish child was rescued by the British from Nazi Germany, identified with Robert Wilson the cosmic microwave background radiation that finally established what we now call Big Bang. The universe did have a beginning after all.

But there’s something surreal about this whole line of thought. Religion isn’t science and science isn’t religion. And the best way of seeing this is through Rosh Hashanah itself.

Try this thought experiment. Suppose scientists could determine exactly the moment the universe sprang into existence. Would that change your life? Would it make any difference at all? Would you celebrate? Would you hold an annual holiday to commemorate that moment? Can you even remember the date the human genome was decoded?

And that was only ten years ago.

No. Religion and science are different things and we need them both. Science is about explanation. Religion is about meaning.

There’s a view expressed by Epicurus, Nietzsche and Nobel Prize winning physicist Steve Weinberg, that life is meaningless.  I don’t mean individual lives.  We each live, and dream, and pursue our dreams.  But on their view, the universe is blind to our existence, indifferent to our suffering. We are born, we live, we die, and it is as if we had never been.

On Rosh Hashanah we dare to believe otherwise: that life does have meaning; that there is a Presence, vaster than the universe yet closer to us than we are to ourselves, who lifts us when we fall, and forgives us when we fail.

Can I prove this? No. But this I know, that the mightiest empires have come and gone. The tiny people whose faith I share is still here, still bearing witness to the living God.