Reproductive Cloning is No Substitute for Humanity’s Perfect Flaws 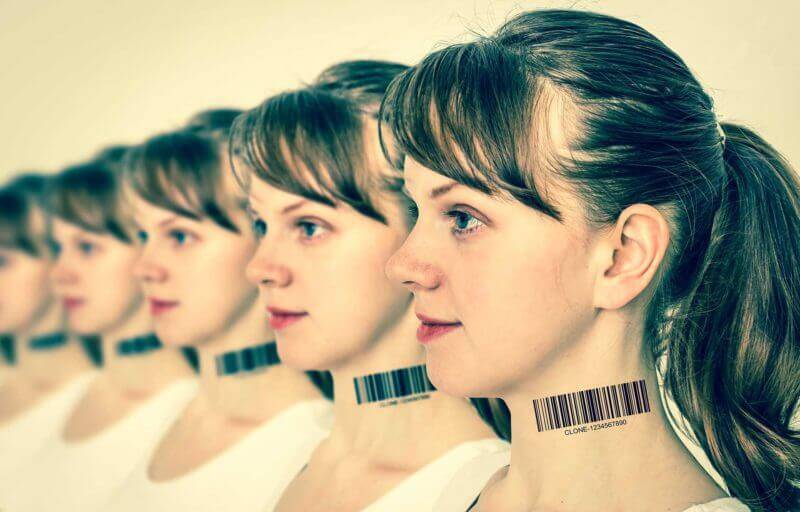 First published in The Times on 9th February 2001

The proposed experiments on human cloning, announced by Italian embryologist Severino Antinoni, are dangerous, irresponsible and deserve condemnation. They mark a new low in playing roulette with human life.

First things first. Cloning is a procedure fraught with hazard. In the experiments that created Dolly the sheep, 277 cloned embryos were produced. Only 29 developed to the point where they could be implanted and only one survived to term. The others developed abnormalities and were aborted. In all animal experiments to date less than 3 per cent of cloning attempts succeed. Not only are there fetal deaths and stillborn infants, but even among those that survive there is a high incidence of subsequent, initially undetected, abnormality.

Only a month ago a major study in America showed that cloned mice, outwardly healthy, carried a basic genetic instability that put them at risk of subsequent deformation and premature death. Cloning apparently disturbs the normal process of “genomic imprinting” by which the genes on the chromosomes from one of the parents are switched on or off. The evidence has already convinced many scientists that mammalian cloning is an intrinsically flawed process. Certainly it is too unsafe ever to be used in human reproduction.

These are not lay reactions. Dr Ian Wilmut who cloned Dolly the sheep has said many times that he believes human cloning will never be acceptable. Two months ago the Royal Society called for a worldwide ban on human reproductive cloning. The risks are too high and the unknowns too great. These are wise voices. When in doubt, do not play games with someone else’s life.

It is one thing to attempt a hazardous medical procedure on a living patient who otherwise faces certain death, quite another to bring children into being who will carry massive risks of abnormality, malformation and premature death. What will the doctors, or the parent, say to those who do not turn out as expected? Sorry? I thought it was safe? The thalidomide tragedy was surely enough to make scientists think twice before making available treatments not fully tested, that have a high – in this case overwhelming – chance of failure.

However, cloning is not just another technology. It raises issues not posed by other forms of assisted reproduction such as artificial insemination or in vitro fertilisation. Somatic cell nuclear cell transfer is a form of asexual reproduction. We do not know why it is that large, long living creatures like us reproduce sexually. From an evolutionary point of view, asexual reproduction seems much simpler. It avoids the problems of finding a mate and all the love and war to which that leads. Yet none of the higher mammals reproduce asexually. Is it because only by the unpredictable combination of genetic endowments of parents and grandparents can a species generate the variety it needs to survive? The history of the human presence on earth is marked by a destruction of bio-diversity on a massive scale. To take risks with our own genetic future would be suicidal.

However, the real objection to cloning is the threat to the integrity of children so born. To be sure, genetically identical persons already exist in the case of identical twins. It is one thing, though, for this to occur, quite another deliberately to bring it about. Identical twins do not come into being so that one may serve as a substitute or replacement or the source of compatible tissue for the other. Cloning represents an ethical danger in a way that naturally occurring phenomena do not. It treats persons as means rather than as ends in themselves. It will be a decisive further step to the commodification of human life. It cannot but transform some of the most basic features of our humanity.

Every child born of the genetic mix between two parents is unpredictable, a gift of grace, like yet unlike those who have brought it into the world. That mix of kinship and difference is the essential feature of human relationships. It lies behind what is surely the defining belief of Western civilization, that each individual is unique, non-substitutable and irreplaceable. What would become of love if we knew that if we lost our beloved we could create a replica? What would happen to our sense of self if we discovered that we were manufactured to order?

If there is a mystery at the heart of the human condition it is otherness: the otherness of man and woman, parent and child. It is the space we make for otherness that makes love something other than narcissism and parenthood something greater than self-replication. It is this that gives every human child the right to be themselves, to know they are not reproductions of someone else, constructed according to a preplanned genetic template on someone else’s whim. Without this, would childhood be bearable? Would love survive? Would a world of clones still be a human world? I doubt it.

There are some mysteries before which the only appropriate response is reverence, responsibility and restraint. Dr Antinori and his team have shown a lack of all three.