Sharing the Bread of Affliction 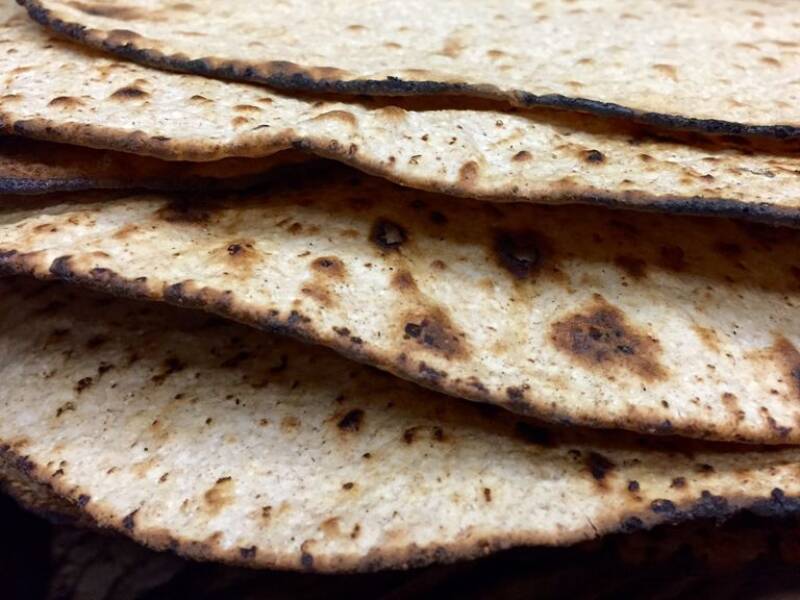 Pesach, the Jewish festival of freedom, is an extraordinary testimony to the power of ritual to keep ideals and identity alive across the centuries. On Pesach we relive the story of our people, sitting together at home as an extended family as if we were back in the Egypt of the Pharaohs, on the night before we are about to go free after long exile and harsh enslavement.

We begin the drama by holding up a matzah, the dry unleavened bread that is one of the key symbols of the festivals, and saying, “This is the bread of affliction our ancestors ate in the land of Egypt. Let all who are hungry come and eat.” A child, usually the youngest present, then asks a series of questions concerning “Why this night is different from all other nights.”

The rest of the evening is largely dedicated to answering those questions, retelling the story of the Exodus together with acts of eating and drinking that include the bitter herbs of suffering and the wine of freedom. It is history made memory by re-enactment. For most Jews it is the way we truly learned, when we were young, who we are and why.

It also has hidden depths. I always used to be puzzled by two features of the evening. The first is the conflict between the two explanations of the unleavened bread. At the beginning of the story we call it the bread of affliction. Later on in the evening, though, we speak of it as the bread of freedom they ate as they were leaving Egypt in such a hurry that they could not wait for the dough to rise. Which is it, I used to wonder: a symbol of oppression or liberty? Surely it could not be both.

The other element I found strange was the invitation to others to join us in eating the bread of affliction. What kind of hospitality is that, I thought, to ask others to share our suffering?

Unexpectedly, I discovered the answer in Primo Levi’s great book, If This is a Man, the harrowing account of his experiences in Auschwitz during the Holocaust. According to Levi, the worst of all his terrible experiences happened when the Nazis abandoned the camps in January 1945, fearing the Russian advance. All prisoners who could walk were taken on brutal ‘death marches.’ The only people left in the camp were those too ill to move.

For ten days they were left alone with only scraps of food and fuel. Levi describes how he worked to light a fire and bring some warmth to his fellow prisoners, many of them dying. He then writes:

‘When the broken window was repaired and the stove began to spread its heat, something seemed to relax in everyone, and at that moment Towarowski (a Franco-Pole of twenty-three, with typhus) proposed to the others that each of them offer a slice of bread to us three who had been working. And so it was agreed. ’Only a day before’, says Levi, ‘this would have been inconceivable. The law of the camp said: “Eat your own bread, and if you can, that of your neighbour.” To do otherwise would have been suicidal. The offer of sharing bread “was the first human gesture that occurred among us. I believe that that moment can be dated as the beginning of the change by which we who had not died slowly changed from Haftlinge [prisoners] to men again.’

Sharing food is the first act through which slaves become free human beings. One who fears tomorrow does not offer their bread to others. But those who are willing to divide their food with a stranger have already shown themselves capable of fellowship and faith, the two things from which hope is born. That is why we begin the Seder by inviting others to join us. That is how we turn affliction into freedom.

It sometimes seems to me that, having created the most individualistic society in history, we today risk losing the logic of liberty. Freedom is not simply the ability to choose to do whatever we like so long as we do not harm others. It is born in the sense of solidarity that leads those who have more than they need to share with those who have less. Giving help to the needy and companionship to those who are alone, we bring freedom into the world, and with freedom, God.