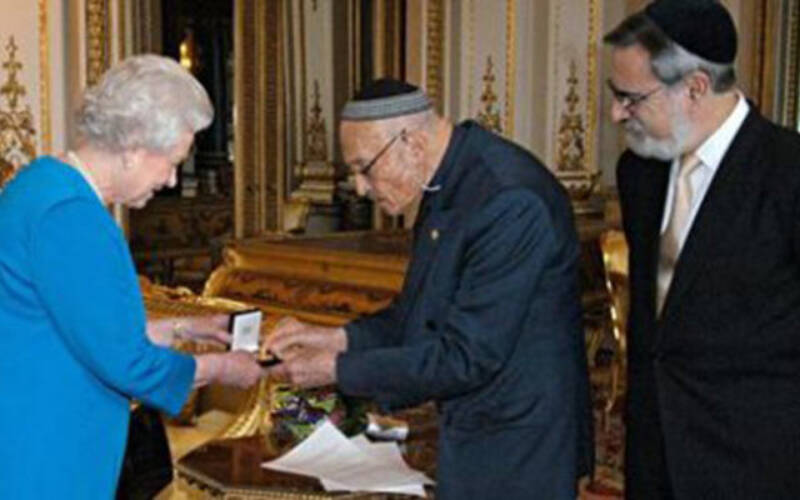 On hearing the sad news of the passing of Sir Sigmund Sternberg today, Rabbi Sacks said the following:

Sir Sigmund Sternberg was an irresistible, indefatigable force for good interfaith relations – a one-man campaign for reconciliation between Christians, Muslims and Jews.

Endlessly optimistic and good humoured despite all the difficulties and setbacks, he was a living exception to the Second Law of Thermodynamics that says that all systems lose energy over time. Sir Sigmund never lost energy.

Coming to Britain from Hungary in 1939, he was determined to dedicate his life to fighting the hate that led to the Holocaust. Through his work for the International Council for Christians and Jews, his creation of the Three Faiths Forum, and many other visionary initiatives, he helped change the climate in which the great religions interact.

He received countless honours, because he honoured others. Only when his wife, Lady Hazel, died, did the fire begin to dim. He was unique and irreplaceable, and all who knew him will mourn his loss.”