Sometimes, alongside medical treatment, we need the touch of another to heal our pain 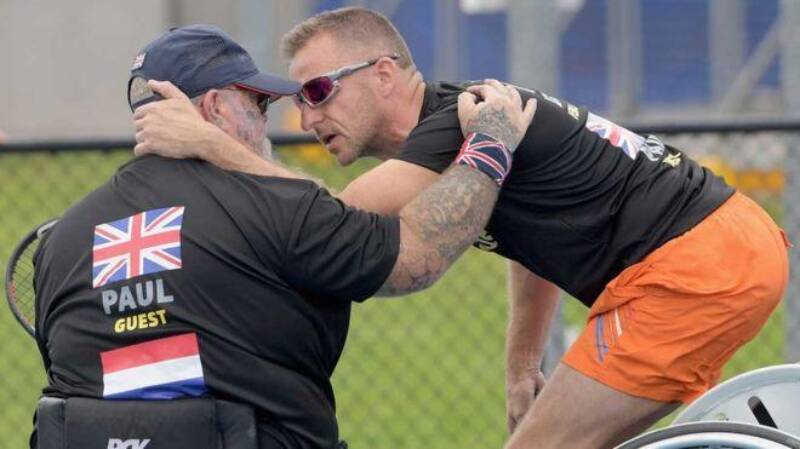 There was a very moving story this week, about one of the competitors in the Invictus Games. He was a former mine specialist in the Royal Navy, who had suffered post-traumatic stress disorder. He was playing a match of wheelchair doubles tennis when he heard the sound of a helicopter overhead, and, traumatised, he froze. Immediately, his team mate went over to him, held him, spoke to him and got him to sing the song Let It Go, from the movie Frozen. And slowly he unfroze and together they went on to win the match.

It was a poignant reminder of a fundamental truth, that sometimes, alongside medical treatment, we need the touch of another to heal our pain.

Lately I’ve been thinking of how our era will be seen in retrospect. Every age worships something. Often it’s religion, but in the not so distant past it’s also been the nation, or the race, or the political ideology. The more I’ve thought about it, the more I’ve concluded that what we worship today is the self. We seek self-esteem, self-respect, self-expression, and self-help. And it’s hugely liberating. But every form of worship has its downsides: in this case, anxiety, loneliness and depression. And it isn’t lifted by having lots of friends on smartphones and social media. It needs being together face to face.

The Talmud tells the story of a rabbi who was a faith healer. All he had to do was lay his hands on someone and they were cured. Then he fell ill and called for a friend to come and heal him. Why couldn’t he cure himself, asks the Talmud. And answers: because a prisoner cannot release themselves from prison. Sometimes self help isn’t enough. It needs the touch or the word of an other.

That’s why community is so important. It’s where we meet face to face and give each other strength. It’s where people know who we are, and miss us when we’re not there. Community is society with a human face. It’s the redemption of our solitude.

Which is another reason to salute the Invictus Games and Prince Harry who created them. As the unfrozen tennis player said: the games gave him back his purpose and his pride. “I feel,” he said, “part of a team again, like I belong.”

God says about us in the Bible: “it’s not good to be alone.” A good society is a community of communities. Not just an array of selves.