Speech at ‘Closer to Israel’ at Trafalgar Square 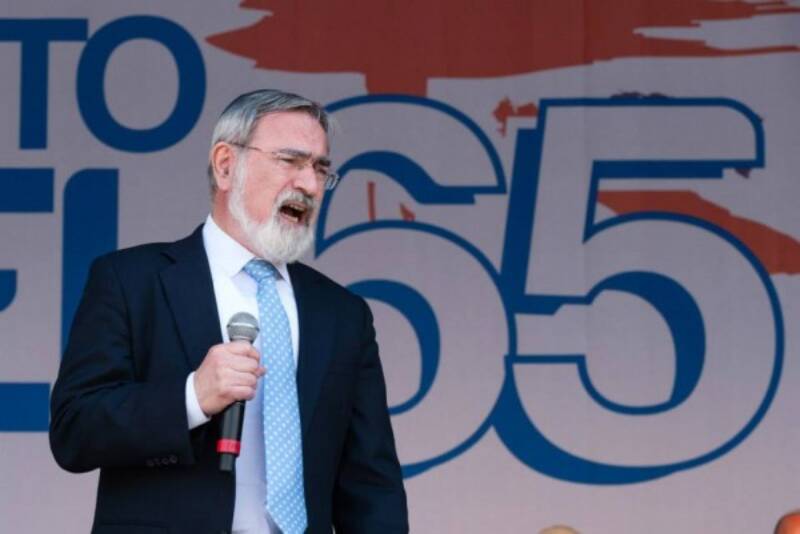 In July 1938 leaders of 32 nations gathered in the French spa town of Evian knowing that something terrible was going to happen to the Jews,

Knowing that unless they did something a tragedy would unfold that would exceed all the twenty centuries of antisemitism put together.

And one by one, without exception, the nations of the world closed their doors. At that moment the Jewish people knew that on all the vast surface of this planet there was not one square inch they could call home in the sense given by Robert Frost as the place where, when you have to go there, they have to let you in.

Today because of Israel the Jewish people has a home.

And when the war was over and one third of our people had been murdered, the Jewish people could have sat and wept and raged at the darkest night humanity has ever known.

It looked forward not back.

It chose life not death.

And when 65 years ago David Ben-Gurion stood and proclaimed the state it was as if the whole Jewish people had said lo amut ki ehyah, I will not die, I will live.

Because of Israel the Jewish people lives.

From the day the state was proclaimed until now, Israel has not had one day without the fear of war, or terror, or missiles, or worse. And throughout it all Israel has stood firm and brave and strong.

Because of Israel the Jewish people walks tall.

After the Holocaust the nations of the world said Never again. But antisemitism has returned to virtually every country in the Middle East, and even, unbelievably to Europe, from Greece in the south to Norway and Sweden in the north, from France and Spain in the west to Hungary in the east.

Whatever happened to Never again?

But one thing has changed.

Because of Israel the Jewish people has a place where it can defend itself.

And if Israel is criticized by people who should know better,

than be homeless and defenceless and have the sympathy of the world.

But the truth is that Israel is a blessing not just to us as Jews.

Today in a radicalised Middle East, Israel is the only country where Christians can live openly as Christians without fear. Is that an apartheid state?

Israel is where a British Muslim MP said he would choose to raise his family if forced to leave Britain, because there his children would feel “the warm embrace of freedom and liberty.” Is that an apartheid state?

Israel is where Jews and Muslims work together in its hospitals to treat all people of all faiths alike,

Where universities teach students of every race, religion and ethnicity,

Where a Christian Arab was the presiding judge at the trial of the former President Moshe Katzav,

Where a former commodore of the Saudi Arabian navy said in The Times last October that Palestinians enjoy greater political and social rights than their Arab brothers elsewhere in the Middle East.

Is that an apartheid state?

Israel is a blessing not just to its citizens but to the world.

Because while its enemies have been holding whole populations captive to the pursuit of arms and missiles and terror, Israel has been …

Developing agriculture to grow food where no food was ever grown before.

Developing medicine to heal sicknesses that were not healed before.

Developing technology to create human possibilities that did not exist before.

As I go around Israel I see a country that has taken every curse thrown against it and turned it into a blessing,

by leading the fight against terror,

I see a country and a people that have shown the world what it is to choose life.

In Israel the language of the Bible speaks again

In Israel the Jewish people has come home again.

So let us say loud and clear

We are close to Israel.

We are proud of Israel.

And may God bless Israel

And all its citizens of every faith

With hope, with life, with peace.