Personal Responsibility in the Sensationalist Age of the iPhone 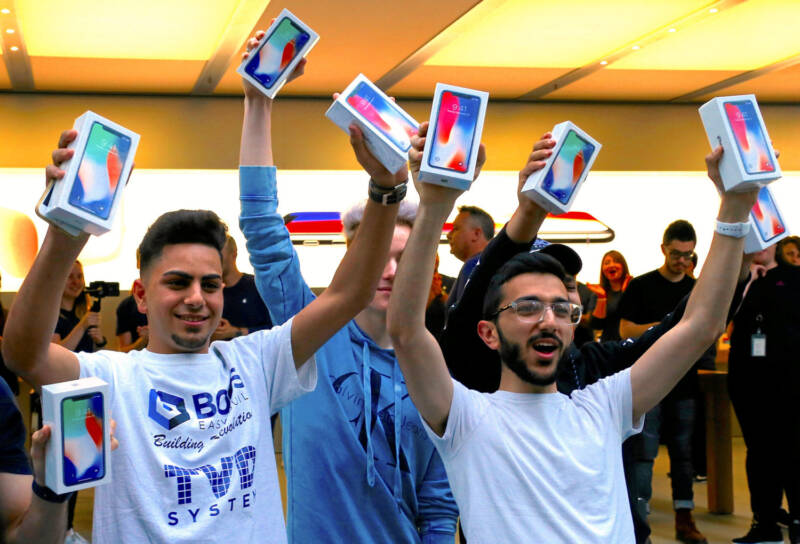 This article was first published in The Sunday Telegraph on 5th November 2017.

People in their hundreds camped out overnight in central London to be among the first to buy the new iPhone X last week. I love my smartphone, not least because it’s smarter than me. But still, people used to fall in love with people. Now they fall in love with phones. I’m not the only one to find this a little disturbing.

In her new book, iGen, American psychologist Jean Twenge documents the infatuation that children born after 1995 have with smartphones and social media. According to her research, teenagers are spending between five and six hours a day looking at a screen.

They are going out with friends less and texting them more. The effects, according to Twenge, are disastrous. Teenagers’ self-reported levels of life satisfaction have plummeted, while rates of depressive illness have rocketed. In unprecedented numbers, today’s teens feel lonely and anxious. That is just one of the consequences of the new media.

Another can be seen in the fact that Collins English Dictionary has just named as the 2017 Word of the Year the phrase “fake news”.

A year ago the Oxford English Dictionary chose “post-truth”. This has happened because increasingly we are getting our news from social media sites rife with sensationalism, false facts and deliberate manipulation of opinion. This too is dangerous, because where there is no truth there is no trust and no society.

When we rely exclusively on smartphones, algorithms and filters, we find ourselves fed with the news we want to hear, interpreted in a way that confirms our prejudices. This fragments society into a series of sects of the like-minded, and as Professor Cass Sunstein of Harvard has shown, when we associate exclusively with people who share our views, we become ever more extreme.

One symptom of the new extremism is the progressive denial of free speech in our universities in the name of safe space, trigger warnings and the outlawing of “micro-aggressions”, meaning views that might offend even if the offense was manifestly unintended. It was against such high-minded totalitarianism that John Stuart Mill wrote his great essay On Liberty, in which he protested “the mischief of denying a hearing to opinions because we, in our own judgment, have condemned them”.

The irony is that all this is happening during the 500th anniversary of the Reformation, which arose in similar circumstances. Then as now there was a revolution in information technology, in that case Gutenberg’s printing press. There was a feeling that ruling elites had become self-indulgent and corrupt, and that a world order that had prevailed for centuries was nearing its end. Something new and unpredictable was about to take its place.

Between the Reformation and now, the ethic that bound society together was drawn from religion in one or other of its Judeo-Christian forms.

Yes, there was a progressive secularisation of power. But religion had a huge influence on society, some of it harsh and hypocritical, but much of it admirable and altruistic.

It strengthened the bonds of family and community, encouraging personal and social responsibility. It spoke of virtue, fidelity and service to others. It told stories that made sense of our place in the universe and enacted rituals that inspired humility in the face of eternity.

For 50 years the West has been embarked on an experiment whose true cost we are only beginning to realise, namely the creation of a society without a shared moral code, an ethic known to academics as “expressive individualism,” which roughly means “do whatever you want and can get away with”.

People believed that the collateral damage could be dealt with by the state. It would care for the children of broken or abusive families. Its regulatory bodies would enforce financial and business ethics. Its tax regime would guarantee fairness in the distribution of rewards.

But the state is no substitute for an internalised code of honour and personal responsibility. Unfettered freedom still means today what it meant to Thucydides long ago: the strong do what they will and the weak suffer what they must.

The “selfie” culture is harming us. The new information technology is as empowering as was the invention of printing in its day. Alongside it, though, we need a new Reformation, drawing on the best of our Judeo-Christian heritage together with the great secular humanist traditions, that will restore our sense of collective belonging.

Hyper-individualism has had its day. We need a new code of shared responsibility for the common good.