Statement on the sad passing of Sir Martin Gilbert 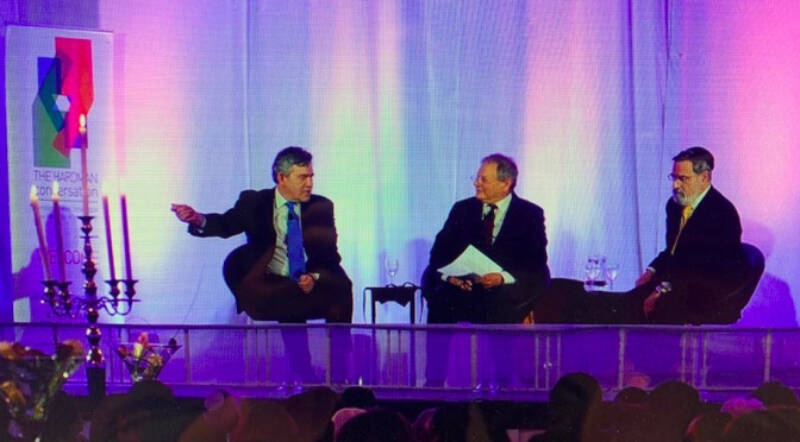 Upon hearing of the sad passing of Sir Martin Gilbert, Rabbi Sacks shared this reminiscence:

Sir Martin Gilbert was one of the world’s great historians, but for us he was also the voice of Jewish memory in our time. He spoke for Soviet Jews when they were unable to communicate with the world: the “Jews of silence.” So that the Holocaust could not be denied he recorded the facts in irrefutable detail. When the right of Israel to exist was being challenged, he told the story of its search for peace.

One of his later works was a history of the Jewish people originally written on postcards to an Indian lady he had adopted as an aunt. As with his monumental biography of Churchill, he wrote with quiet authority and an astonishing mastery of the facts.

He was always conscious of the biblical imperative of Zachor: memory as religious duty. Many years ago, when we bestowed a series of Jewish communal awards, I was given the privilege of naming an individual who, in my view, represented to the world all that was best in Jewish life. Unhesitatingly I chose Martin Gilbert. He was a great scholar, a great man and a great Jew.

He had more friends throughout the world than anyone I know, and he kept in touch with them all. He was the “connector” par excellence. During the long ordeal of his last years he was tended with the most loving care by his wife Esther, for whom we all feel at this time. We will miss him deeply but as the Sages said, “his words will be his memorial” and they will last forever.