Statement on the status of Jerusalem 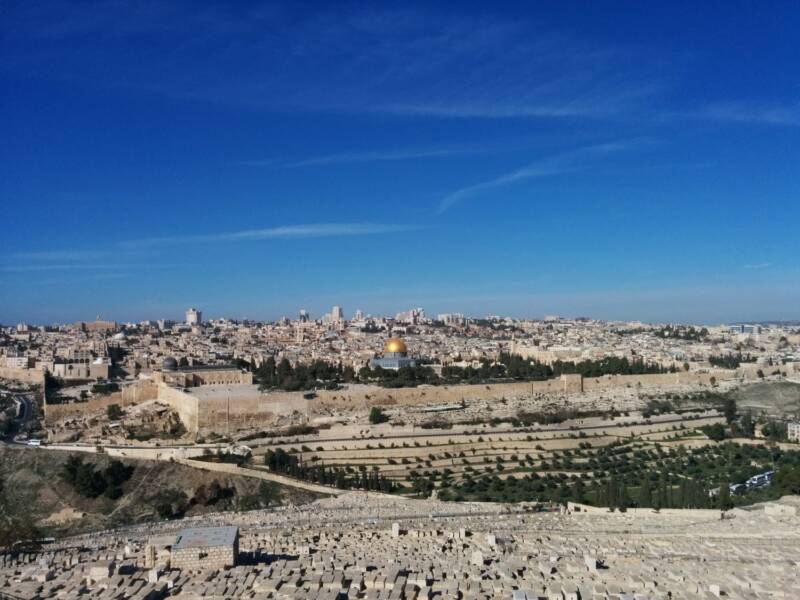 Following the announcement of United States Government’s formal recognition of Jerusalem as the capital of the State of Israel, Rabbi Sacks issued the following statement:

I welcome today’s decision by the United States to recognise as the capital of Israel, Jerusalem, whose name means “city of peace.” This recognition is an essential element in any lasting peace in the region.

Unlike other guardians of the city, from the Romans to the Crusaders to Jordan between 1949 and 1967, Israel has protected the holy sites of all three Abrahamic faiths, Judaism, Christianity and Islam and guaranteed access to them. Today, Jerusalem remains one of the few places in the Middle East, where Jews, Christians and Muslims are able to pray in freedom, security and peace.

The sustained denial, in many parts of the world, of the Jewish connection with Jerusalem is dishonest, unacceptable and a key element in the refusal to recognise the Jewish people’s right to exist in the land of their origins. Mentioned over 660 times in the Hebrew Bible, Jerusalem was the beating heart of Jewish faith more than a thousand years before the birth of Christianity, and two-and-a-half millennia before the birth of Islam.

Since then, though dispersed around the world, Jews never ceased to pray about Jerusalem, face Jerusalem, speak the language of Jerusalem, remember it at every wedding they celebrated, in every home they built, and at the high and holiest moments of the Jewish year.

Outside the United Nations building in New York is a wall bearing the famous words of Isaiah: “He will judge between the nations and will settle disputes for many peoples. They will beat their swords into plowshares and their spears into pruning hooks. Nation will not take up sword against nation, nor will they train for war anymore.” Too often the nations of the world forget the words that immediately precede these: “For out of Zion shall go forth the law, and the word of the Lord from Jerusalem.”

Those words, spoken twenty-seven centuries ago, remain the greatest of all prayers for peace, and they remain humanity’s best hope for peace in the Middle East and the world.