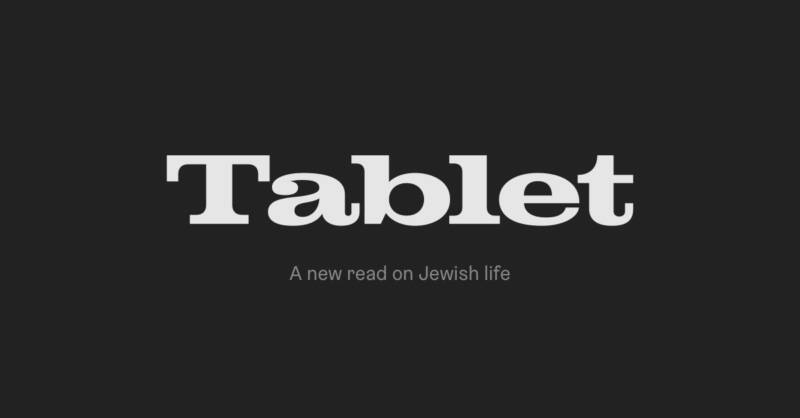 One of the hardest things about writing up my recent conversation with Jonathan Sacks, Chief Rabbi Emeritus of the United Kingdom, was choosing what to include and what to leave out. Few public figures are better at neatly sidestepping tough questions than Sacks, who is always ready with an enchanting anecdote to divert attention from the fact than he never actually addressed the issue in his answer. Yet in our interview, the former Chief Rabbi offered detailed responses to all of my queries–about European antisemitism, the role of religion in politics, his personal mentors, and more–and it seemed a shame to leave some of them on the cutting room floor. So below, edited and condensed, is some of that conversation.

In your book Future Tense, you argue against the Jewish tendency to see ourselves as inevitable victims of prejudice. Instead, you make the case that we should embrace the world rather than view it with suspicion. Antisemitism is real, but it is neither pervasive nor insurmountable. But then one reads the new European Union survey that found that nearly 25% of Europe’s Jews are afraid to be openly Jewish and that two-thirds feel reporting antisemitic incidents to the authorities is ineffectual. When you see statistics like these, do you ever wonder if the pessimists are right that Jews will never fully be accepted?

The fact is that I think these are self-fulfilling prophecies. Take the case of Britain for instance: I just retired, and I think there were some very nice tributes from very senior figures in British life, including our future monarch, and Prime Ministers, and Archbishops of Canterbury. So if you go out and make friends, you’ll find that you have friends. That is what American Jews have done and the end result is that Robert Putnam at Harvard discovered in American Grace that Jews are the most liked and respected group in America. So if you go out to make friends, you find friends.

If on the other hand, you turn inward and you’re fearful, as Jews in mainland Europe have been – not without reason, I mean, there is real antisemitism out there – but if you turn inward, you will find that you don’t have friends because you didn’t go and make them, and you just become one interest group among many. And if it turns out that you’re a very small interest group demographically, then the other interest groups who may not have your best interests at heart will outnumber you. So simply playing interest group politics is not a recipe for success. So I think if you are full of fear, you will find many reasons to justify fear, and if on the contrary, you are fearless, you will have reasons to be fearless.

How do you balance this openness towards the wider world with the need to preserve Jewish identity and communal cohesion?

It’s a very difficult tightrope, because if you go in the opposite direction, you become assimilated, which happened of course in the Hellenistic age, both under Greece and under Rome, and happened in Europe in the 19th century. You had these tremendously assimilated Jews and Jewish communities. Did you read that extraordinary book The Hare with Amber Eyes? [It’s about] a family of bankers who were of high social prominence in Paris and Vienna, and of course as soon as Hitler came into power, everything was taken from them. But the trouble was they had become so assimilated–they had become completely detached from the Jewish community–so when the danger arose, the Jewish community did not have the figures who might have been able to help at the helm of the Jewish community. They’d already, as it were, thrown in their lot with the wider society.

And of course, that may be what is happening in America, in terms of the Pew Report. You’ve got a lot of Jews who’ve reached great prominence, but are very, very assimilated, and you’ve got a lot of Jews who are very, very religious but are not part of the wider society. And what worries me about that is that was what Europe was like in the 1890s… We’re not there yet, but for a people of history, we really ought to learn from history.

There’s a tremendous amount of controversy swirling today around the Israeli Chief Rabbinate, both in Israel and the diaspora. You’ve written about the need to keep religious and political authority separate, but obviously there are many religious people in Israel who take a different view, and believe Jewish law ought to be an enforceable system. How do you respond to this approach?

It was none other than the Chazon Ish [20th century ultra-Orthodox Sage] who said that all those things that halachah prescribes for heretics cannot apply nowadays, because they are so much out of touch with the mood of today that if you were to punish heretics by the force of law, it would diminish rather than increase respect for religion. So I don’t think that Judaism allows you to enforce religious law on a population that does not accept the basis of that.

Judaism is premised on the principle, which of course is written in the American Declaration of Independence, which talks about governments deriving their just authority from the consent of the governed. So I don’t think that the use of coercive legislation is the best way of getting people to be religious. In fact, it’s the best way of getting people to be anti-religious. The real place of religion in a Jewish state is in civil society, and the most eloquent writer on this was Alexis de Tocqueville in an American context, who saw that American religious leaders did not get involved in politics. So I think Americans ought to go back and reread Alexis de Tocqueville, not just Israelis.

Who are your spiritual mentors and role models today?

Baruch Hashem, my Rebbe is still alive, Rabbi Nahum Rabinovitch, Rosh Yeshiva at Ma’alei Adumim. I was his talmid for 12 years. We learned together every day except Shabbos. He’s my role model. He was a brilliant halachist. Brilliant. In his twenties, he wrote the halachah column in Ha-Darom, i.e. for the Rabbinical Council of America. He was their posek as a young man. He was a professor of mathematics at the University of Toronto, and there is not a single secular discipline, scientific or philosophical, in which I did not find him a master. And those two things are totally and utterly integrated.

But number three, his main work was this extended multi-volume commentary on the Rambam [Maimonides], Yad Peshuta. So you could not be a talmid of Rav Nachum Rabinovitch without being a talmid of the Rambam. So the Rambam is absolutely it. That does not mean to say—if you’ve read my Dignity of Difference, I’m slightly skeptical of a Platonic approach, so I’m not a neo-Platonist, whereas the Rambam on political matters was a little bit Platonic, as in Chapter 40 Book II of The Guide.

But my Rav, he is my role model. His mental integration of these multiple worlds—science, philosophy, hashkafah, halachah, analysis of a sugya, his very bold reading of Midrashim—he was my role model. And he is my role model. Full stop. Hu echad v’ein sheni. [He is one, there is no other.] I think once you have a Rav, you don’t need to run around and find a second opinion.

Read the article published one day earlier, also in Tablet Magazine, about the themes discussed during this larger conversation with Yair Rosenberg: After 22 Years as Chief Rabbi of the UK, Jonathan Sacks Wants To Go Global