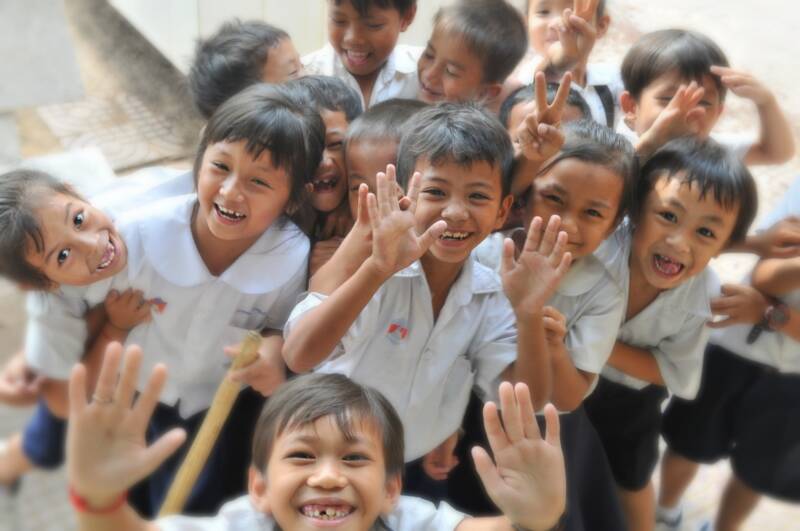 Amidst all the encircling gloom, I’ve found myself lifted by some extraordinary moments with Britain’s children these past few days. On Wednesday there were the Children of Courage awards, recognising some of the young heroes of today. The seven year old who cares for his mother with multiple sclerosis. The ten year old who raises money to send gifts to British soldiers in the Middle East. Two girls who supported their sister in her battle with leukaemia. They had a marvellous day, meeting the Prime Minister and television stars and receiving their award in Westminster Abbey from Prince Harry.

On Wednesday afternoon the Archbishop of Canterbury and I met some of the schoolchildren with whom we’d been on a visit to Auschwitz a couple of weeks ago. We wanted to hear what they felt after they’d had time to reflect. And I was moved by the depth of their commitment to fight prejudice and hate.

Earlier this week I met with a twelve year old girl just coming up to her bat mitzvah, our Jewish coming of age ceremony, who’d asked all her family and friends not to give her presents but to send the money to a charity instead, something I’m encountering more and more in our community.

And as we search for renewable sources of energy I wonder if we haven’t missed the one closest to hand: the energy generated by high ideals, especially among the young.

Children grow to fill the space we create for them, and if it’s big, they grow tall. But if we turn them into mini consumers, we rob them of the chance of greatness, and I’ve not yet met a child not capable of greatness if given the opportunity and encouragement.

I do a lot of public speaking, and people sometimes ask me who taught me. The answer is simple. I went to a Christian school with a lot of Jewish pupils. But we had no Jewish teachers, so we had to run the Jewish assembly ourselves. That’s how I learned as a teenager how to speak in public, because somebody gave me the chance. It was best piece of education I ever had.

Judaism is a child-centred religion. My earliest memories are of putting the bells on the Torah scroll in the synagogue, asking the Passover questions, lighting the Chanukah candles. Judaism stayed young because it made heroes of the young. The best present we can give our children is the chance to do something great. It’s a gift that will last a lifetime and transform their lives.