The good news about faith is that it builds communities 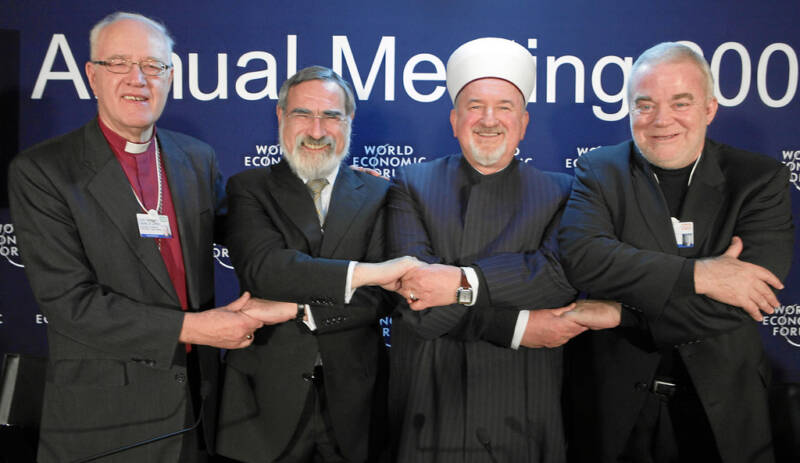 Starting this Sunday the various religious communities in Britain will be coming together in a series of events to mark Interfaith Week, the latest chapter in the history of British tolerance. But it wasn’t always so.

Britain was the first country to expel its Jews, in 1290. They weren’t allowed back until 1656. And the Pilgrim Fathers who set sail from Britain to America in the early seventeenth century were Calvinists, fearing persecution here and seeking liberty there.

What changed Britain, leading it to become the birthplace of the doctrine of religious liberty was one transformative insight. For years, Catholics and Protestants had fought each other throughout Europe, each convinced that it had the truth, each seeking the power to impose it. The destructiveness of this was immense.

That one move led John Locke to the idea of toleration that eventually inspired Thomas Jefferson in America and Jean-Jacques Rousseau in France.

In other words tolerance was born when people with strong beliefs recognised that others who disagreed with them also had strong beliefs and they too should have, as far as possible, the right to live by them.

That was one of the transformative moments of the modern world. And it’s important that we continue the story into the twenty-first century now that there is greater religious diversity in Britain than ever before.

Two years ago we all marched together – Christians, Jews, Muslims, Hindus, Sikhs, Buddhists, Jains, Zoroastrians, and Bahai – to draw attention to global poverty. A few months later we travelled together to Auschwitz to remind ourselves where hate can lead. This summer we came together to commit our respective communities to strengthening civil society.

I don’t know any other country in the world where the leaders of the faith communities have such strong personal friendships. And the idea of interfaith week is to take this to the grassroots, because that’s where it counts. The good news about faith is that it builds communities. It takes a lot of “Me”s and turns them into an “Us”. The bad news is that it can divide larger communities, into a “Them” and an “Us”. So, next week, extend the hand of friendship to someone who is not of your faith. That really is a transformative act.