The privilege of having the chance to love 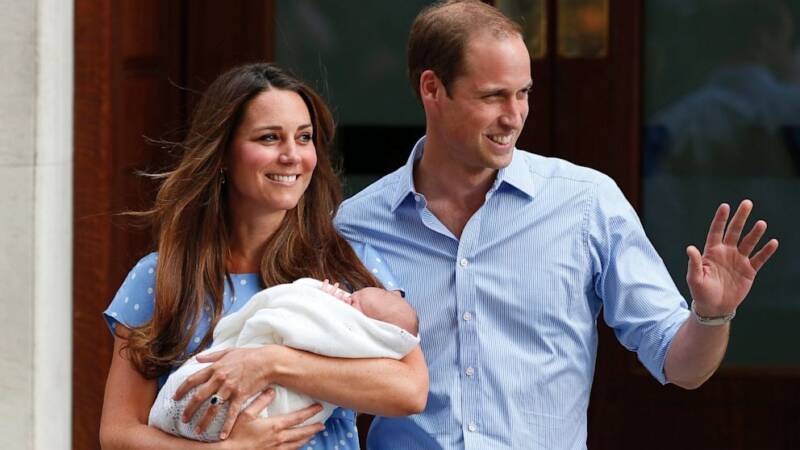 Congratulations to the Duke and Duchess of Cambridge on the birth of their first child. In the words of the most ancient of blessings: may God bless him and protect him. May he make his face shine on him and be gracious to him. May God turn his face toward him and grant him peace.

There is something profoundly spiritual about the birth of a child. Stephen Hawking wrote at the end of A Brief History of Time that if we could only discover a unified field theory we would “know the mind of God”. The truth, I suspect, is quite different. You don’t need theoretical physics to come as close as humans ever will to understanding the mind of God. All you need is to become a parent. As one American Jewish mother put it: “Since I have had a child I find I can relate to God much better. Now I know what it feels like to create something you can’t control.”

Some of the most joyous scenes in the Bible depict mothers on the birth of their first child. Sarah, Abraham’s wife, said when Isaac was born, “God has brought me laughter, and everyone who hears about this will laugh with me.” On the birth of her child Samuel, Hannah sang, “My heart rejoices in the Lord”. When Ruth had a child, people gathered around Naomi, her mother-in-law, who had suffered much grief, and said: “May the Lord be praised because he has not left you without a guardian today.” Her new grandchild, they said, would be for her a “restorer of life”. The birth of a child, then as now, was more than just a private joy. It was a communal celebration. John Donne said: “Any man’s death diminishes me, because I am involved in mankind.” The corollary is we are all enlarged by the birth of a child, for every newborn baby is testimony to the love that brings new life to the world. That is where human love comes closest to the love of God that brought us and the universe into being.

By describing God as a parent the Hebrew Bible gave parenthood itself unprecedented dignity. In fact, the only verse in the entire Bible that explains why God chose Abraham to be the founder of a new covenant says, “I have chosen him, so that he will direct his children and his household after him to keep the way of the Lord by doing what is right and just” (Genesis 18: 19). Abraham and Sarah were chosen precisely for their gifts and dedication as parents, because God had faith that they would serve as role models for future generations in teaching their descendants to live by the high ideals of righteousness and justice.

Moses, too, spoke often of the duty of parents to educate their children, “when you sit at home and when you travel along the way, when you lie down and when you rise up”. Isaiah envisaged a time when “All your children will be taught by the Lord, and great will be the peace of your children”. He spoke of God’s promise that “My words that I have put in your mouth will always be on your lips, on the lips of your children and on the lips of their children from this time on and forever”. Parents are the supreme educators, and they teach children less by what they say than by what they do and what they are. As Wordsworth put it in The Prelude: “What we have loved, others will love and we will teach them how.”

Parenthood is demanding. As the Yiddish saying has it: “Without children, what would we do for aggravation?” Yet there is no more sacred task, nor any more rewarding. Every child conceived in love is testimony to a profound and moving faith in the future, in human renewal, and in life itself as the supreme blessing. And every parent in his or her heart knows that the real privilege lies less in being loved than in being given the chance to love. Children, says Psalm 127, are “a gift from the Lord”, placed by him into our safekeeping. They are, this side of heaven, our greatest intimation of immortality.

So may God be with the new royal and his parents, protecting them from harm and bringing them blessing, joy and the unfolding of the many tender dimensions of love.