The Pursuit of Peace in the Middle East 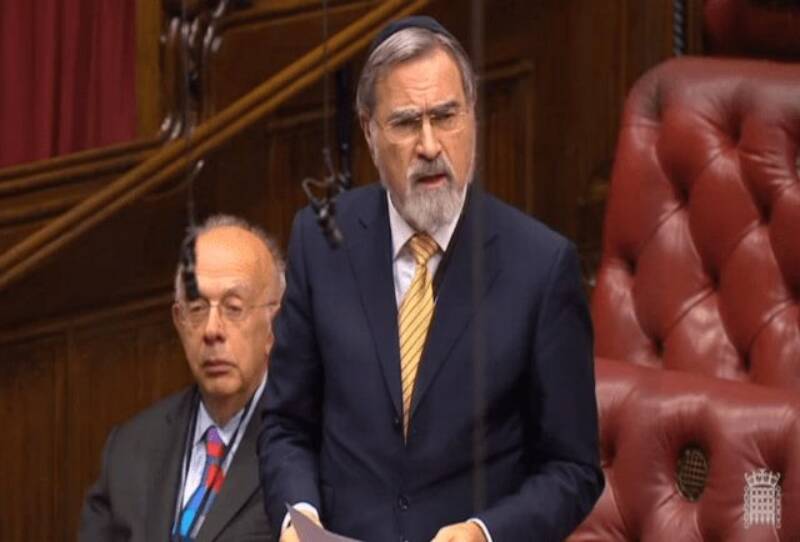 On 13th October 2016, Rabbi Sacks spoke in a House of Lords debate about the pursuit of peace in the Middle East.

My Lords, allow me if I may to use this debate to draw some lessons about the pursuit of peace in the Middle East from the life of a man who did more than most to that end, the late Prime Minister and President of the state of Israel, Shimon Peres. He was one of a remarkable generation of Israel’s founding fathers who began as hawks and ended as doves, who showed no less courage in pursuit of peace than they had done in the course of war.

Shimon Peres was the last of that generation, and the older he became, the younger his vision grew. He never despaired of peace with the Palestinians, no matter how many times he failed. In 1996 he set up the Peres Center to advance peace between Israel and the Palestinians, by bringing people together in their shared humanity, through medicine, healthcare, sport, the arts, business and the environment. In July of this year, he launched the Israeli Innovation Center to harness the new communications technology to build virtual bridges where physical ones did not yet exist.

What if there are other paths to peace beyond politics, diplomacy or war? What if trade is the most powerful antidote to war, and that there is an economic roadmap to peace? What if education has a role? What if the peoples of the Middle East taught their young not to hate those with whom they will one day have to live? The only way Her Majesty’s Government or any other body will advance the cause of peace will be by communicating to both sides that they are heard, that their fears are understood, and that they have to recognize the legitimacy of each other’s existence.

In that context, while I salute Her Majesty’s Government’s opposition to today’s UNESCO vote denying the Jewish connection with the Temple Mount, the vote itself is an outrage and will achieve nothing but further damage trust and set back the prospects of peace.

Shimon Peres knew that the conflict between Israel and the Palestinians is not a zero sum game, because from peace, both sides gain; from violence, both sides lose. Above all, he was right never to give up hope, because when hope is lost, there comes first fear, then anger, then hate. Not by accident is Israel’s national anthem Hatikvah, which means “the hope.”

My Lords, yesterday was Yom Kippur, the Day of Atonement, the holiest day of the Jewish year, when we atone and then we move on. Surely the time has come for both sides in the Israel-Palestinian conflict to admit wrongs, real or perceived, and to move on. The most powerful thing Her Majesty’s government could do is to encourage both sides to continue along the path Shimon Peres walked as one of the great visionaries of our time.